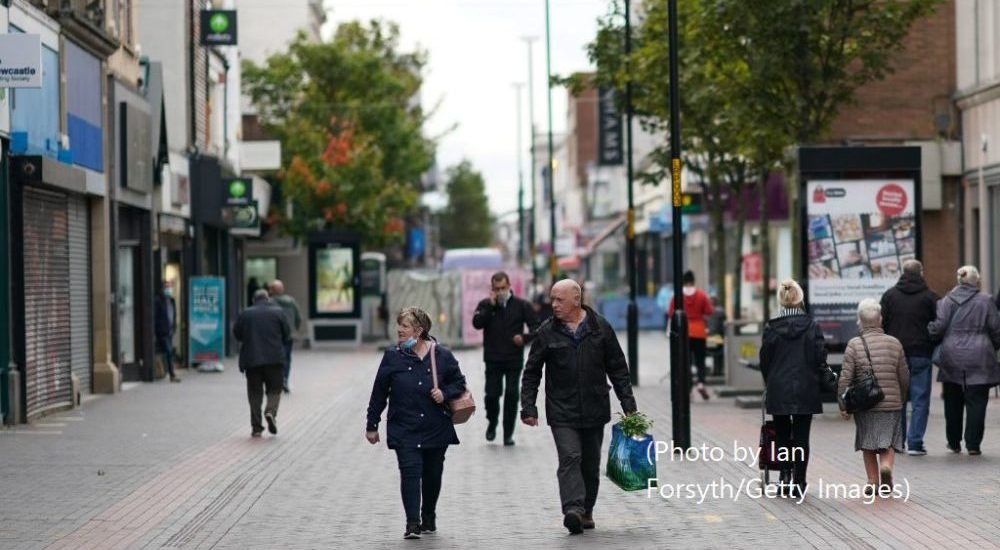 Devolution in England has followed a wandering and difficult path to its disoriented position today. The creation of Northern Ireland in the early 1920s and its subsequent history involved a form of devolved government in the province which set a precedent.

Following the Royal Commission on the Constitution in the 1970s, efforts were made to deliver devolution across the UK.

But it took until 1999 for devolved government to arrive in Scotland, Wales and Northern Ireland, along with a commitment from the Blair government to follow through with devolution to the English regions.

In 2000, the Greater London Authority (GLA) was created, re-creating city-regional government in the capital. The first of (what was planned to be) a series of referendums took place in 2004 to decide whether devolution should take place to the North East of England. The vote was over three to one against. There were no further referendums and regional devolution died.

In the aftermath of the 2004 reversal, the ten councils in Greater Manchester started to work evermore collaboratively on policy for the city-region. By the end of the decade, legislation had been passed allowing groups of authorities to form ‘combined authorities’.

The Coalition Government then built on this new governance model, offering first Greater Manchester (in 2014) and then other areas the opportunity to have increased devolved power and resources — generally in exchange for adopting a directly-elected mayor as leader.

Powers have included transport, housing, skills and healthcare, while resources are overwhelmingly derived from central grants. Subsequently, the West Midlands (around Birmingham), Liverpool City region, the Tees Valley and others followed.

There is now a patchwork of city-regional and county-based combined authorities. West Yorkshire (around Leeds) will elect a mayor in May 2021. Geographically, most of England is still governed by its traditional local authorities, without a combined authority.

Local government in England, whose councils constituted these combined authorities, has seen its powers substantially diminished over the years since 1945.

Services were transferred to national control including health, further and higher education, some schools, social housing and aspects of land-use planning.

Local taxation has been capped since the 1980s. England is now, despite the post-1999 devolutionary policy outlined above, remains one of the most centralised countries in the democratic world.

The Brexit process has seen Britain acting very much as a unitary state. The Prime Minister and Cabinet have empowered a small team of negotiators to speak on the UK’s behalf.

Scotland, Wales and Northern Ireland have had virtually no say in the process. Sub-national authorities in England, including London, have been sidelined.

While it is possible some former EU powers will eventually be transferred to Edinburgh, Cardiff and Belfast, the ‘internal market’ provisions of recent UK legislation imply little room for major devolutionary advance.

Indeed, some provisions of the new law assert the sovereign power of the UK government over the devolved administrations.

In England, after more than 20 years, devolution remains a stop-start policy, very much dependent on individual ministers to take the initiative to drive it ahead.

Many local leaders agree further devolution of power will be necessary if parts of England with relatively low GDP per head are to catch up with those which have higher economic output — a key plank of the Johnson Government’s levelling-up agenda.

The accidental coincidence of the Brexit endgame and the Covid-19 pandemic raises serious questions about Britain’s creaking constitutional arrangements. Did 17 million people really vote to leave the EU only to concentrate more power in Whitehall?

Perhaps people in England want greater access to political power in their own cities and counties. Perhaps the struggle against Covid-19 would have been better handled by local officials and institutions?

Brexit surely signalled people wanted less remote government with the capacity to make decisions about the economy, skills, training and town centres in places where they have a greater chance of access to decision-making. To achieve a more balanced and less centrally governed country, what steps might need to be taken?

Devolution in England needs to move to a consistent form of sub-national government where there are service-delivering elected authorities operating within (joint) combined authorities.

Directly elected mayors or (in rural areas) ‘governors’ could provide leadership of these authorities of the kind already found in city-regions and other areas where such a system currently exists. Indirect election would also be a possibility, particularly in more rural areas.

If England moved to a comprehensive system of unitary and combined authorities, it would be possible to devolve powers and resources consistently. An English counterbalance to Scottish, Welsh and Northern Ireland devolution could then be envisaged.

More powers and greater fiscal autonomy could be transferred from the centre to substantively powerful sub-national areas. English self expression could be accommodated in a way that generated pressure for better government.

As always, there is a risk the UK Government will stumble on with half-hearted devolution which never quite arrives at the point where a more radical solution is delivered.

If this were to happen, there is little chance that the North and Midlands can fully achieve their economic potential. Worse still, much of the discontent manifested in the ‘Leave’ vote will remain unaddressed.

Boris Johnson was mayor of London for eight years. It was the most important staging-post of his route to Downing Street. He was committed to the fiscal devolution proposals in the report of the London Finance Commission — which he called for.

Of all British Prime Ministers he understands that the city (or the county) can be the basis for good government.

As Britain picks itself up after the political and economic struggles of 2016 to 2020, devolution is a potential big win for his Government.

By Professor Tony Travers, Department of Government at the London School of Economics. This piece was taken from our Brexit and Beyond: the union report.