Did the anti-no-deal coalition miss their opportunity? 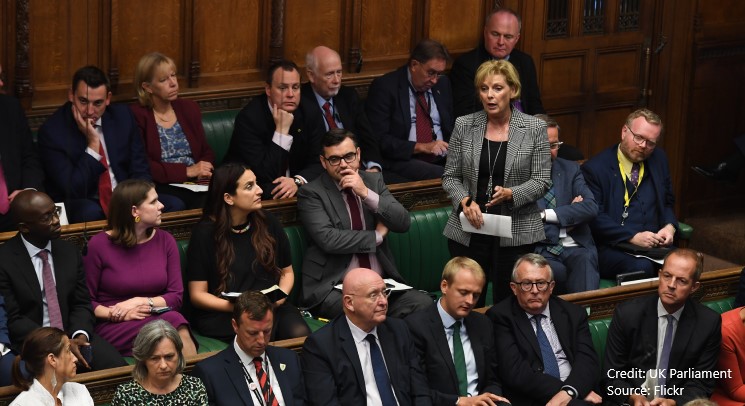 Power is both fluid and temporal. It comes and goes, with peak moments to use it. Take British politics: barely a month ago the government had a Commons minority. An ‘anti-no-deal coalition’ of cross-party MPs, including 21 Conservative rebels, had assembled to prevent the UK crashing out of Europe on 31 October.

They used their fluid, and temporal, power to pass the Benn Act. Whatever the election outcome, they can say it stopped scarcity of medical supplies, panic in the shops and civil unrest.

Christmas would have been Dickensian, maybe Orwellian, bleak.

A seeming success, but did they have power to do more?

After all, they could have brought down the government with a no confidence vote anytime they liked. Alongside this, the 2015 Fixed Term Parliament Act handed Parliament power to both call, and time, an election.

They could thwart any Brexit deal, unless amended with concessions, theoretically up to 2022. Practically Brexit fatigue will have reduced this to months.

That is a lot of parliamentary power. No wonder Johnson wanted to prorogue it.

Did the coalition share any deeper interests for this power? A shared concern for the economic consequences of a hard Brexit, and an end to Brexit divisions, with its polarising and corrosive effect on both their political parties and national life.

They could have translated these interests into a softer deal, with worker’s rights or NHS ringfenced. Or push further for a customs union Brexit, or a second referendum.

Why didn’t they? They had a different kind of power problem, one of legitimacy – a major currency in politics.

Most Leavers, and many Remainers, are not sold on another referendum’s legitimacy. Neither is there clear popular legitimacy for a customs union Brexit.

Effectively the coalition were in a strategic negotiation where calculating power, and interests, on both sides was crucial. They assumed their goal was stopping no-deal.

The stoically anti-no-deal Conservative predecessors had been replaced with narratives of breaking free. Dying in a ditch. Deal or no-deal.

Except neither deal, nor no-deal, was in Johnson’s fundamental interest. What he as after was a big Commons majority, and the job security that follows. So he needed every Leave vote he could muster, and a no-deal Brexit wouldn’t help.

Imagine an election after a fraction of the disruption predicted by the government’s own Yellowhammer document? Not a risk worth taking.

Neither did passing a deal help. He could have lost crucial Leave voters unhappy with it, especially with parliamentary concessions.

Other guaranteed Leave voters might now focus on other issues. Better to show he can get it done, oven-ready, if the parliamentary arithmetic was more compliant.

Hence playing for a pre-Brexit deal election, rather than allowing just five days of bill scrutiny.

If that was his fundamental interest, what was his power? Pretty thin.

Outside of getting an EU deal which, despite his posturing he could have got anytime. Even without no-deal threats.

Any deal would do meeting their ultimate red lines: protecting EU import standards and ensuring peace in the UK.

Like any complex negotiation, the internal one can be critical as the external.

Did the coalition discuss their power, and the government bluff on both no-deal and deal? If so, they could have pushed a deal with their amendments.

They could have been bolder, and created the power to bridge that legitimacy gap, by letting no-deal happen.

If they believed in no-deal chaos, bring it on. Doubtless a risky strategy, given stark warnings from Nobel prize winners, and seen as irresponsible by many.

However, they could have mitigated it by pre-emptively confirming how the EU would interpret Article 218.

Permit a week of no-deal followed by an immediate, temporary, return to the customs arrangement, while coaching the EU to have nerves of steel when 31 October arrived.

To look beyond the short term, as challenging Brexit economic narratives suited their interest too.

Within days any impact could have prompted a no confidence motion, and a caretaker government.

If insufficient MPs backed Corbyn, even temporarily, he would have been replaced with a conciliatory candidate like Hilary Benn. More profoundly, even mild disruption would prompt Leavers to reconsider Project Fear.

Were the experts right also on global deals, our NHS, our chickens?

The entire Brexit economic narrative, down to bus posters, could have been undermined.

Imagine the coruscating vilification of leading Brexiteers. Mogg’s funereal attire would have been fitting, and Raab’s Dover-Calais comment sampled into trippy Ibiza anthems.

The Conservative Party might have dumped the ERG project, returning to the political centre, or face a rout at a next election.

Meanwhile sufficient popular legitimacy might have been created for a caretaker government to negotiate at least a soft Brexit. One which addressed sovereignty and immigration concerns without economic risks, as the best compromise to heal divisions.

Any subsequent election might have focussed beyond Brexit on issues like inequality and social care. The main parties could have become wide churches again, and more appealing for it. That’s not where we are now.

You can win a negotiation just by shaping the agenda, and interests, of the other side. It can be the most elegant, and seamless, of victories.

By convincing them no-deal was a credible threat, Johnson got them to spend their power where he wanted them to. They even granted him an election with timing that only suited him.

A Conservative majority will firmly return power to the executive from Parliament.

The concentration of power means a UK Prime Minister, with an obedient majority, could not just pass a hard Brexit. It could withstand future no-deal or hard Brexit economic shocks.

Power is not just fluid, and temporal, it is created. It can be found in surprising forms. The coalition might have created power, and legitimacy, by doing the opposite of what they did.

Be careful what you wish for, understand your power and use it accordingly.

By Paul Alexander, who runs a strategic negotiation practice.