Did the EU delay the UK’s response to stop Covid-19 ghost flights? 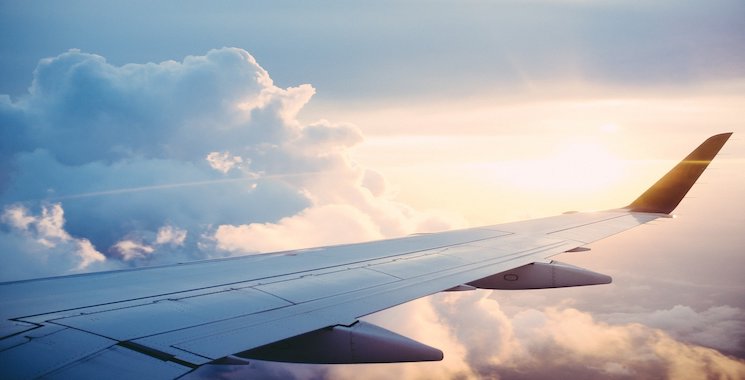 As the Covid-19 pandemic escalated, airlines saw a huge drop in demand, with fewer and fewer seats occupied on their aircraft. Rather than ground their fleets, for several weeks, they continued operating almost-empty ‘ghost flights’, at the expense of both the environment and their budgets.

The Department for Transport (DfT) called for an end to these ghost flights on 5 March, but it wasn’t until the European Commission stepped in with changes to EU legislation that carriers cancelled most of their operations.

These legal changes weren’t tabled until 13 March, meaning that ghost flights continued for over a week after the DfT raised concerns.

Was the EU therefore to blame for the delayed response?

The law that kept airlines flying is the ‘80/20 rule’, requiring them to make use of their airport slots 80% of the time if they want to keep them in the future.

At congested airports like Heathrow and Gatwick, airport slots are very hard to come by, and as valuable commodities can be traded with other airlines. This means that it is worth flying empty planes if that’s what it takes to keep slots.

The 80/20 rule comes from EU law, which still applies to UK airports during the transition period.

The legislative changes, proposed by the European Commission on 13 March and subsequently approved by the other EU institutions, mean that for the time being airport slots are considered as ‘operated’ even when they aren’t flown, effectively waiving the 80% requirement.

In the UK, this waiver is applied by Airport Coordination Limited (ACL), an independent slot coordinator funded by various airlines. As well as UK airports, ACL also coordinates slots at other European and global airports including Dublin, Warsaw, Dubai and Auckland.

ACL is a member of the European Airport Coordinators Association (EUACA), which represents 26 coordinators across Europe – but isn’t an official EU body. EUACA welcomed the changes to EU legislation, allowing its members, including ACL, to waive the 80/20 rule.

But was it necessary to change the law at all?

The DfT initially thought not, as on 5 March – before approaching the EU – it wrote to ACL regarding a waiver of the 80/20 rule at UK airports.

The law already gave coordinators like ACL the discretion to accept justifications from airlines when they failed to meet the 80% requirement in unforeseeable and unavoidable circumstances which resulted in serious disturbance of operations at airports.

This discretionary power of the coordinator came from changes to the EU law in 2006, in the wake of previous crises which had required EU intervention, such as 9/11 and the SARS outbreak.

EUACA published guidance to coordinators in 2017 advising that this discretionary power was designed to cover situations like an epidemic outbreak.

Yet ACL was not convinced, issuing its own supplemental guidance in 2019 clarifying that it was not able to use its discretion where circumstances reduced passenger demand but airports had not yet been closed or regulatory restrictions imposed.

By March 2020 EUACA took a more restrictive view of the discretionary power, issuing a statement that its members could not rely on the power to grant a waiver in light of the Covid-19 outbreak. This meant that a waiver of the 80/20 rule had to come through EU channels.

In its explanation accompanying its March 13 legislation, the European Commission agreed that the coordinators’ discretionary power did not provide a solution, but it would not be farfetched to assume that EUACA, and ACL, helped it reach this conclusion.

If EU intervention was needed to bring an end to Covid-19 ghost flights, then could the UK act more quickly once it is no longer bound by EU rules?

After the end of the transition period, the 80/20 rule will be carried across to UK law, so the main difference will be that legal changes to allow a waiver at UK airports would come from the UK, not EU.

ACL would likely still not be willing to use its discretion in a similar situation in the future, given its previous guidance on the limits of discretionary power and the positions taken by EUACA and the European Commission.

The UK would no longer be obliged to follow the EU position, but to the extent that the laws are substantially the same in the EU and UK, ACL will want to apply a consistent approach across the various airports it coordinates.

ACL is also likely to remain involved with EUACA, not least because of ACL’s operations in other EU countries like Ireland and Poland.

Regardless of the legalities, the UK would probably align its approach with the EU in a similar future event, because for flights from a busy UK airport to a busy EU airport, airlines need to fulfil the 80/20 rule at both locations.

In 2018, based on Eurostat figures, 62% of UK air passengers were flying to an EU destination, so unless the 80/20 rule is waived in both places, the ghost flights would continue.

The international character of air travel is why it makes sense for decisions such as these not to be made by one country alone. In the field of international transport the UK will still depend on the decisions of other regulators after Brexit.

Even after transition, for the UK to take meaningful actions to stop ghost flights, we would need to wait until the EU made its position clear.

By Gavin Rutter, aviation lawyer and policy adviser. He has a masters in air and space law from Leiden University and worked for International Airlines Group and Slaughter and May in Brussels.