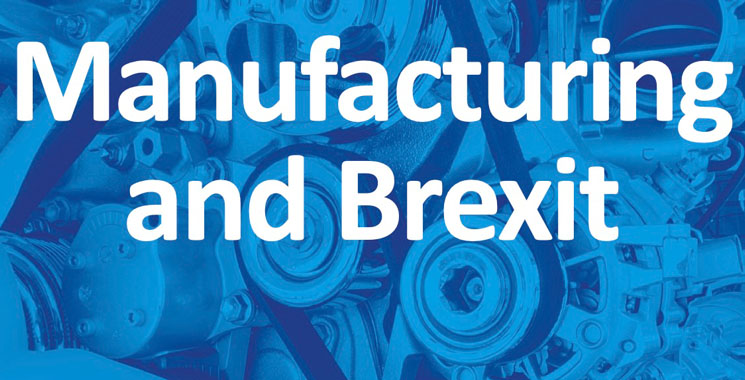 Brexit will have significant adverse effects on a UK manufacturing sector highly integrated with the EU single market, and that disruption will have a sizeable negative impact on the wider UK economy, a new report by UK in a Changing Europe finds.

The report Manufacturing and Brexit, which reviews evidence on the effects Brexit on the UK manufacturing sector, finds the effects will be disruptive and negative. The extent of disruption depends on the outcome of the UK-EU negotiations.

A worst-case scenario would be no trade deal between the EU and the UK. This would introduce delays at the UK-EU border and add costs and disrupt tightly interwoven supply chains.

Manufacturing will be negatively impacted, and some sectors, such as volume automotive production will particular badly affected, just as they are trying to recover from the slump caused by Covid-19.

Few manufacturers have found any benefits from Brexit which, even if a deal is agreed, will cause significant disruption.

Manufacturers are especially worried about the UK falling out of common EU regulations. They want UK and EU technical, safety, and other regulations to remain aligned. If they do not, then manufacturers will have to make products to different specifications for the UK and EU markets. They also want an agreement that means they do not have to carry out safety and other tests twice.

There are a big range of potential additional financial costs for companies due to tariffs, customs declarations, certification costs, audits, loss of R&D collaboration, border delays, EU customers switching to other suppliers, visa costs for EU workers, and more.

These would all add to the costs of doing business, with no discernible benefit, with some sectors particularly exposed. Nearly half of all goods imports and exports come from or go to the EU.

Many UK manufactures have grown to depend on frictionless trade with the EU to maintain efficient supply chains. EU manufacturing workers often plug key skills gaps, such as in engineering, in the UK.

The importance of manufacturing for the UK economy far outstrips its relatively small size (10% of the UK economy). Manufacturing accounts for a disproportionate share of total exports (45%) and 65% of private sector R&D spending.

Some services only exist because they are closely tied to manufacturing. Shocks to UK manufacturing will have a major impact on the broader UK economy.

Another big challenge for manufacturing is uncertainty around Brexit – just six months until the transition period ends, it is still unclear what will happen. The uncertainty, combined with Covid-19, is making it difficult for businesses to prepare for the post-Brexit business environment.

Industry does not know how data protection will work, whether and how they will still be able to employ EU staff for short periods of time, how state support for manufacturers will function, and so on.

This uncertainty has already contributed to falling investment in sectors such as automotive and has been cited as a factor in Nissan pulling its XTrail model from Sunderland.

The report finds a number of actions the UK government could take to mitigate the negative effects of Brexit on the manufacturing sector. They include:

Professor Anand Menon, director of UK in a Changing Europe said: “Deal or no deal, Brexit will impact on the UK and its economy. It is important to understand just what form that impact might take. As this report shows all too clearly, for manufacturing it is likely to be negative and significant.”

Professor David Bailey, senior fellow of UK in a Changing Europe, said: “Manufacturing matters. It matters in terms of high-quality jobs, exports, research and development and much more. Much of the sector has already taken a hit through the Covid-19 pandemic and Brexit risks further disruption for manufacturers which they are keen to minimise.

“A no trade-deal scenario is seen as the worst-case scenario for sectors like automotive given the impact of tariffs. But even a minimal Free Trade Agreement could bring disruption for manufacturers, for example via its impact on supply chains and in terms of regulatory divergence.

“Whatever the form of Brexit at the end of the transition period, manufacturing faces multiple challenges in terms of recovering from the impact of Covid-19, transforming towards carbon net-zero, and embracing Industry 4.0. A more place-based and devolved industrial policy could be one way of helping manufacturing meet such challenges.”