Divided over Brexit. United in despair over politicians’ handling of Brexit 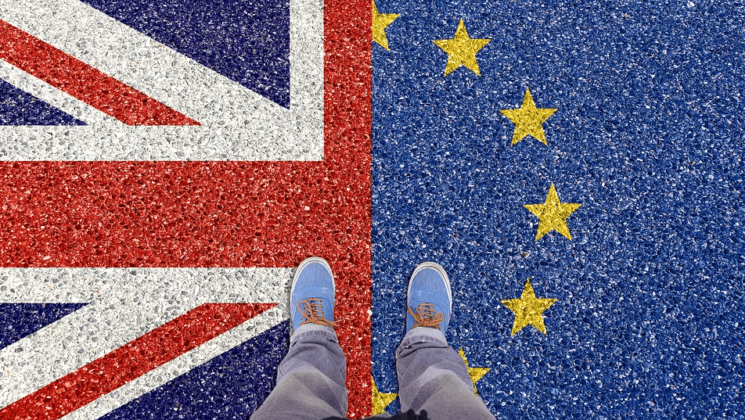 In her speech to Parliament triggering Article 50 on 29 March 2017, Theresa May expressed the hope that the UK would emerge from the negotiations “more united” than ever before, declaring that it was time “to come together”. But, now we have reached the end of the two-year negotiation process, there is precious little evidence that the British have heeded her. Rather, the polls indicate that voters are as divided along Brexit lines as they ever were.

When asked whether they think it was “right” or “wrong” for Britain to vote to leave the EU, the population remain fairly evenly divided, albeit that there has been a consistent small majority opposing the Brexit decision over the last year.

A similar picture emerges if they are asked how they would vote if a referendum on Brexit were held today: around 54% would vote Remain and 46% Leave (excluding don’t knows). So while there is a small movement in the direction of greater pro-Remain sentiment, the vast majority of voters have not changed their minds since the 2016 vote.

Indeed, the Brexit divide has hardened over the last two years. Several studies have illustrated the emergence of Brexit identities, as over three-quarters of people identify as ‘Remainers’ or ‘Leavers’. These new political identities are stronger than the partisan division between Labour and Conservative supporters.

Just like partisan identities, Brexit has created an “in-group” versus “out-group” dynamic that drives how people view politics and even each other. This includes prejudices towards and negative stereotyping of “the other” group. 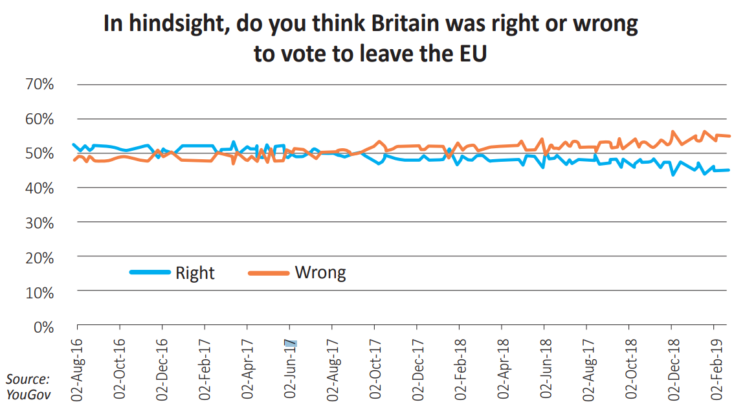 Remainers tend to be far more pessimistic about the prospect of Brexit than Leavers, who remain optimistic. When asked what the consequences of Brexit will be, a study found that 87% of Remainers will mention negative things, compared to only 18% of Leavers – and this divide has essentially remained stable since the negotiations began.

Remainers and Leavers also have very different views about the different Brexit scenarios, including Theresa May’s deal, a no deal Brexit and the possibility of a second referendum. Leavers favour leaving the EU without a deal over the alternatives of remaining in the EU or even leaving under the terms of Theresa May’s deal, while Remainers favour a second referendum over both the deal and no deal.

Overall, the picture that has emerged over the last two years is that of a deeply divided nation. In one respect, however, the British people have come together: the vast majority of people – both Remainers and Leavers – are increasingly unhappy with the government’s handling of Brexit. 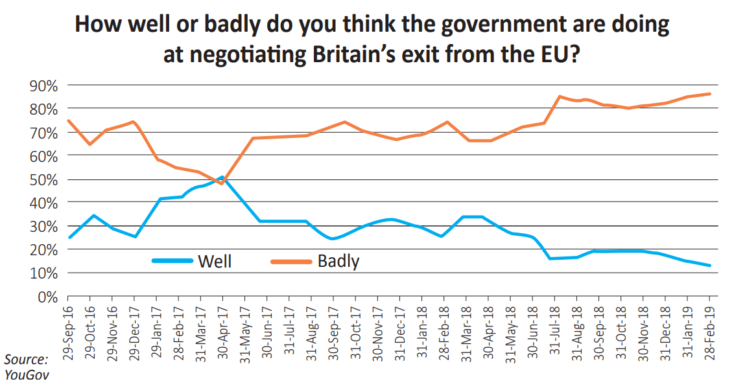 On this at least, Remainers and Leavers are remarkably united: 85% of those who voted Remain in 2016 and 76% of those who backed Brexit think the government has done poorly. A very similar picture emerges when people are asked if they think Theresa May will get the right deal for Britain.

Since July 2017, a majority of people have been of the opinion that the Prime Minister will not be able to secure the right deal, and in February 2019 and this had risen to an overwhelming majority of 78%.

Both Leavers and Remainers have lost faith in the government’s and Prime Minister’s handling of Brexit. Yet, there is no evidence that people think a different government would do a much better job. When asked whether a different leader would be able to get a better deal, only 11% agree (YouGov, 11 December 2018).

Similarly, when people were asked who they “trust to deliver a good deal for the UK on Brexit”, the answer “none of the above” was the most popular answer at 24%, followed by Theresa May (23%), and Jeremy Corbyn and Boris Johnson (both 21%) (Survation, 5 December 2018).

Overall, public opinion has remained firmly divided over Brexit over the course of UK-EU negotiations. However, one issue has united the British public: the near universal consensus in recent months that the government, and politicians in general, is doing a very poor job at handling the Brexit negotiations. Distrust in politicians was one of the drivers of the Brexit vote in 2016: people with little trust in politicians and government were much more likely to vote in favour of leaving the EU.

Almost three years on, the Brexit process has exacerbated this lack of faith in politics, among both Leavers and Remainers. This may be a lasting legacy of Brexit, regardless of the outcome of the negotiations.

By Sara Hobolt, Brexit research leader at The UK in a Changing Europe and a Professor of European politics at LSE. This article is from our ‘Article 50 two years on’ report.