Do British voters actually want to leave the EU? 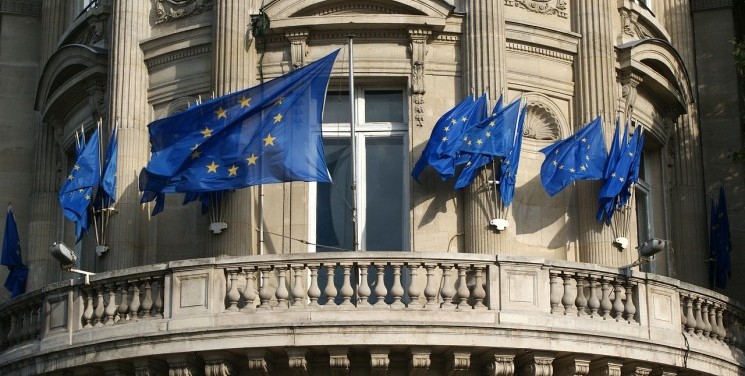 As Britain prepares for its EU referendum, the polls are uncertain – but we’re starting to see who is flocking to Leave and to Remain.

The twists and turns in Brussels underline how quickly Britain is moving toward crunch time in its EU referendum debate. One way or another David Cameron’s push for an EU reform deal will inevitably lay a foundation for the referendum campaign to follow, which in turn will ultimately decide Britain’s place in the world. So what do we know about how voters feel – and what kinds of voters are starting to coalesce around the rival Remain and Leave camps?

The first thing to say is that the state of the referendum race is actually not that clear. If you were to take a look at the results of opinion polls that are conducted online and then look at the results of polls that are conducted over the telephone then you would be left with two very different scenarios. Polls conducted online would tell you that the race appears to be very close, while polls conducted over the telephone would suggest that Britain looks set to remain in the EU – and perhaps by a comfortable margin.

Look, for example, at the average results in polls since December, when the debate began to heat up. If we were to look only at telephone polls then the Remain camp holds a commanding twenty-one point lead. Seen through this lens it is not even close. The same polls show a notably low number of undecided voters – Britain’s Eurosceptics look set for a humiliating defeat. But if instead we were to look at the online polls, then the Eurosceptics are ahead by one point. It is not really clear why this is the case, but it helps explain why no serious analyst is making a prediction about the final result.

These polls also reveal something else – that there remain an additional and not insignificant number of undecided voters. Typically, somewhere between 8 and 18 per cent of respondents in the polls say they are undecided (although there is other evidence to suggest that up to one in three voters could change their mind between now and polling day). Our analysis of academic surveys suggests that these moderate voters tend to be quite young, are often aged between 25 and 39 years old, are more likely to be female and lean toward the Conservatives. 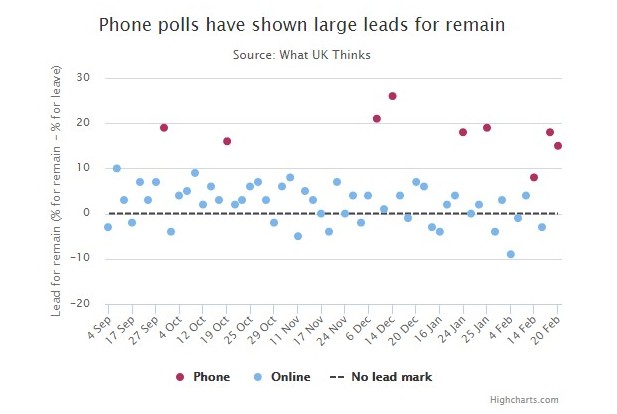 Clearly, not all of these undecided voters will turn out. But in a close referendum it is also true that winning them over will be an important and possibly crucial part of the overall battle. Look at Scotland, for example. A few months before the referendum as many as one in five voters said they were undecided, but by the time of the vote this had reduced to below one in ten. Cameron’s job is to tempt a large number of these voters into the Remain camp. The difficult job facing Eurosceptics is to find a way of preventing this from happening.

What about the people who have committed firmly to Remain or Leave? Well, there are sharp differences between them and their profile tells us much about the challenges that face both camps. 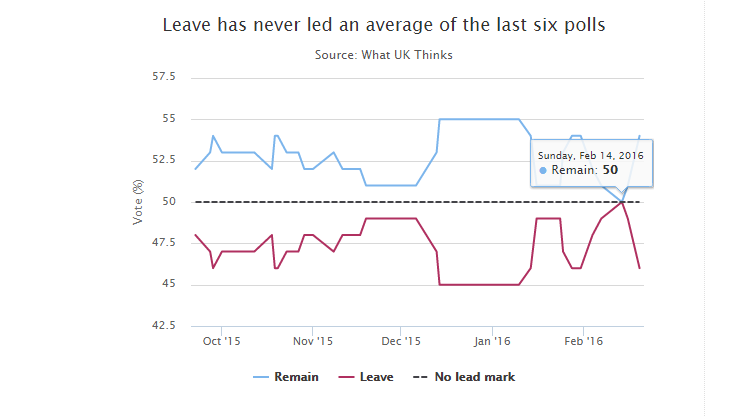 Brexit appeals most strongly to older and working-class voters, those who left school before their nineteenth birthday, people who identify as white English (rather than British), who align with right-wing parties, who feel intensely concerned not only about the EU but also the effects of immigration, and who concentrate in notable clusters along England’s eastern and southern coasts, in the Midlands, parts of the South West and Yorkshire.

The core supporters of Brexit thus look a lot like those economically disaffected and culturally threatened left behind voters who helped turn the UK Independence Party from a fringe revolt into a mainstream party. Eurosceptics will need to think hard about how to target and mobilise these older voters but also in a way that does not antagonise those undecided voters and other groups in society who are currently leaning toward Remain but might – just might – have one eye on Brexit.

The supporters of Remain are far more likely to be drawn from the more financially secure middle-classes, to have higher incomes, come from younger age groups, and large metropolitan and diverse cities like London, Birmingham and Manchester, as well as Wales and Scotland.

Look at the most recent poll from Ipsos-MORI. While a striking 63 per cent of voters from more secure and affluent professional and managerial occupations are intending to vote Remain, only 23 per cent are intending to back Brexit. They are often voters who have the skills, qualifications and incomes to adapt and thrive amid European integration and who are less likely to feel as though their position is under threat, whether from EU migrant workers or a perceived loss of political power.

While these voters appear to have given the Remain camp a slight edge they also bring risks.

First, Remain campaigners will need to guard against fuelling a sense of complacency that could encourage busy professionals, who do not feel especially passionate about the issue of Europe, to avoid turning out on polling day. An example of what not to do was recently provided by a prominent Remain campaigner who predicted that his side would win by a large margin. The Remain camp will also need to work hard to ensure that the young, progressive and fervently pro-EU 18-30 year olds will turn out, as at the last general election they failed to impress.

Second, public pessimism about the state of the British economy appears to be once again on the rise. If there is a serious economic downturn it may become harder for the Remain camp to convince these voters that it is in their interest to remain aligned to a Eurozone trading area that continues to grapple with high unemployment and slow growth.

Overall, therefore, and as Cameron continues to push Britain further toward a historic vote, there are opportunities and constraints on both sides. Whether or not Europhiles and Eurosceptics are able to take advantage of their strengths and navigate the risks remains to be seen.

This piece was written by Matthew Goodwin, senior fellow of the UK in a Changing Europe. Originally published in The Telegraph.