Do not underestimate the consequences of a “no deal” Brexit 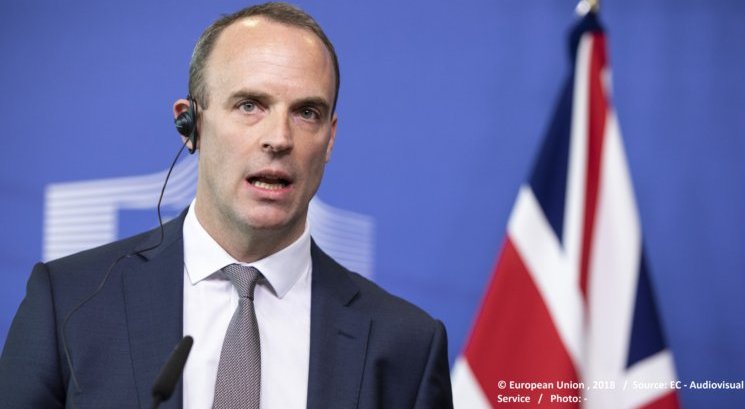 The Brexit debate in the UK has returned to the issue of “no deal.” The government has released a series of “technical notices” advising businesses and households on how to prepare contingency plans. Luminaries have competed in calculating the odds of a collapse in negotiations.

It is worth being absolutely clear in discussing the potential for no deal what, precisely, it means. Briefly, it implies the UK leaving the European Union with no withdrawal agreement in place. Hence, “trading under WTO terms”—the outcome of the UK leaving with no trade deal—is not the central issue here.

Rather, no deal Brexit means a situation in which many of the rules that govern our relations with the rest of the EU (and, via EU agreements, with much of the rest of the world) would simply cease to apply.

It is this situation—a chaotic Brexit—that we at The UK in a Changing Europe focussed on in our new report on the potential implications of no deal. As the debate rumbles on, however, it is striking how few other people define the notion in the same terms.

The new Brexit Secretary, Dominic Raab, argued that the EU would work with the UK in the event of a no deal outcome to mitigate its worst implications: “I find it difficult to imagine that our EU partners would not want to cooperate with us even in that scenario in key areas… given the obvious mutual benefits involved.”

This rather heroic assumption is also reflected throughout the government’s technical notices. In financial services, the government is committed “to working with our European partners to identify risks arising from a no deal scenario.” As for food regulation, the government rather blithely argues that since“we are retaining EU regulation in UK law, we expect to negotiate an equivalency arrangement with the EU which will allow the free movement of organic goods between the EU and the UK” in a no deal scenario.

So far, so misleading. In effect, the government is arguing that, in order to mitigate the impact of no deal, the UK would sign a series of mini deals with the EU. But is this really credible? Personally, I doubt it, because of the context surrounding the collapse and also the interests of the EU27.

Take context first. If the Brexit talks collapse, it is difficult to imagine the mood being anything other than one of bitterness and mutual recrimination. Positions will become entrenched very quickly, not least as the UK government would presumably cease all payments to the EU.

The media on both sides of the channel will doubtless join in, not least as highly sensitive issues, such as the Irish border will be at stake. In such an atmosphere, it is not credible to assume that the two sides will sit down calmly to discuss mitigations to address the consequences of a situation for which each blames the other.

Besides, what interest would the EU have in participating in such talks? As Michel Barnier has made clear from the outset, the Union’s priorities when it comes to Brexit are the key withdrawal issues: the border problem, the rights of citizens and the so-called “Brexit bill.” A no deal outcome would mean these remained unresolved.

Why, then, would the EU consent to discussing mitigations or mini deals with the UK before any resolution to those central three issues is in sight? Of course, a no deal outcome would damage the EU as well.

As Philip Rycroft, Permanent Secretary at the Brexit Department, put it in front of the Commons Committee on Exiting the EU the other day: “This is a context where big interests are at stake, both in the UK and in the EU27 across a whole range of issues which impact on real people’s lives. There would be a very big incentive on both sides to mitigate the consequences of no deal.”

Yet, as our research shows, these consequences would be significantly more severe for the UK than for the EU. Logic suggests, therefore, that the EU would choose simply to try to wait it out, to insist on settlement of the withdrawal issues prior to any discussion of mitigations.

All of this is, of course, a very worst-case scenario. For all that a no deal outcome remains possible, it is far from being the most likely conclusion to the Brexit process. Yet if we are to consider what it means—and we should—there must be honesty. Chances are, no deal would mean precisely that. No deals at all, whether big or small, and the consequent enormous disruption this would imply.

By Professor Anand Menon, Director of The UK in a Changing Europe. This piece originally featured in Prospect.