Do the public now agree about leaving the EU? 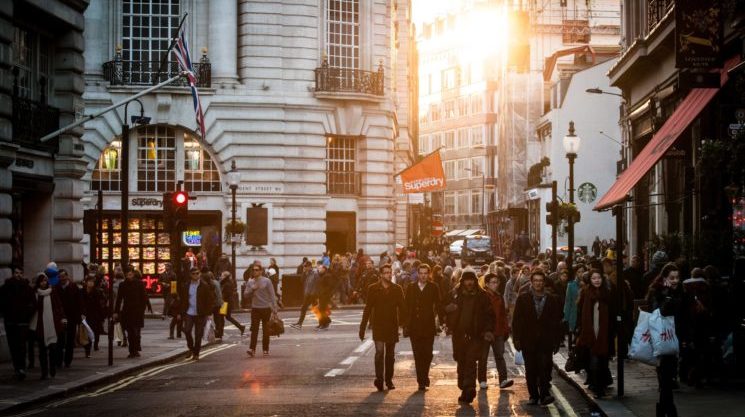 Following the Conservatives’ decisive general election victory, the UK is leaving the European Union. But where does the public now stand on Brexit and what do they think it should mean for immigration and the economy?

Do most voters now support Brexit?

Despite the Conservatives’ election success, polls conducted during the campaign suggested – as they had done for the last two years – that there was a small but consistent majority in favour of remaining in the EU. 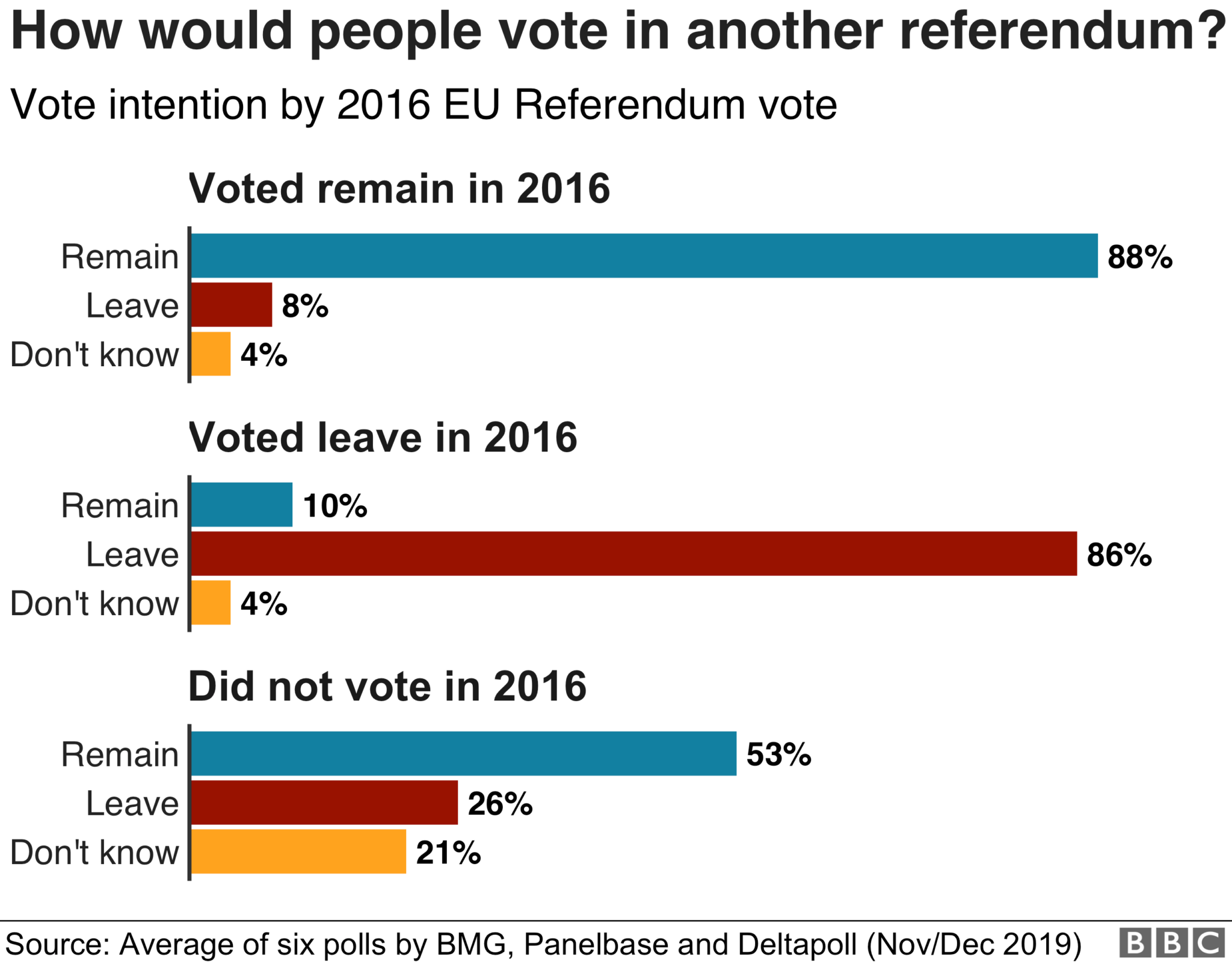 The lead for Remain is too small to be certain that most voters would prefer Brexit was not happening. However, the evidence certainly does suggest the UK remains more or less evenly divided about Brexit.

Immigration and the economy

Two key issues in the 2016 referendum were immigration and the economy. In both cases, Remain and Leave voters still have very different views about what Brexit will mean.

According to research by NatCen, nearly two in five of all voters (38%) think immigration will fall. Just 7% believe it will increase after the UK leaves the EU.

However, nearly half (46%) of those who voted Leave believe immigration will be lower, compared with only 34% of Remain supporters.

These figures have not changed much since the EU referendum.

In contrast, attitudes towards the economic consequences of leaving the EU have shifted. In September 2016, a few months after the EU referendum, under half (45%) said the economy would be worse as a result of Brexit, while 30% believed it would be better. 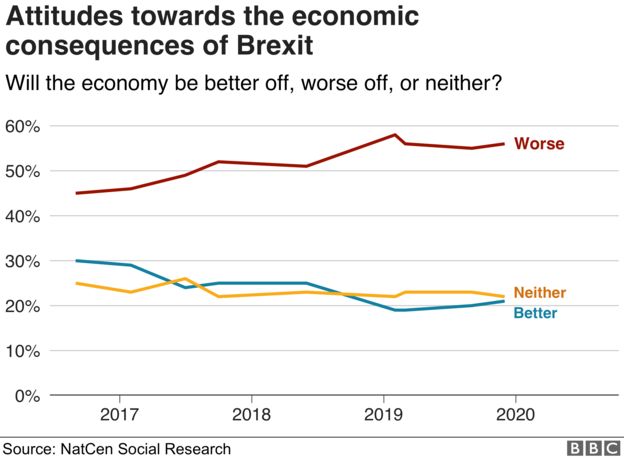 But in a survey by NatCen during the election campaign, over half (56%) said the economy would be worse as a result of Brexit. Fewer than a quarter (21%) believed it would be better.

Who should be allowed to live and work in the UK?

Immigration and the economy will also be important in forthcoming talks about the UK’s future relationship with the EU. The UK will have to decide what rules on immigration it wants and how much it wishes to depart from rules governing what can be bought and sold in the EU.

Concern about immigration has fallen during the last three years. However, most voters reject current rules which mean anyone from the EU can live and work in the UK, but people from outside the EU must apply to do so. 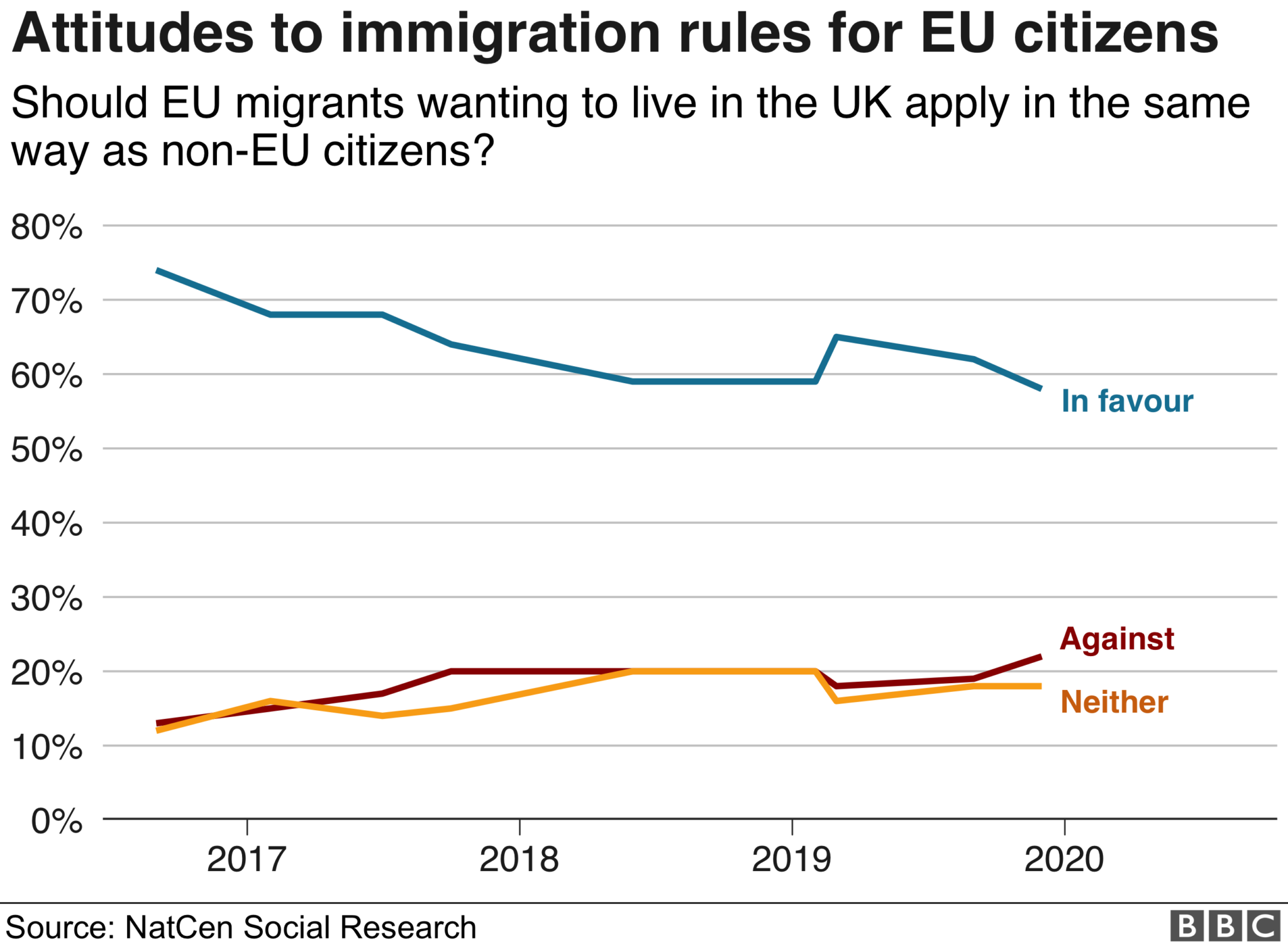 During the election, nearly three in five (58%) voters told NatCen that EU residents should also have to apply to live and work in the UK. Less than a quarter (22%) said they were against the idea.

Even among those who voted Remain, nearly half (47%) said they were in favour of this approach.

It is figures like these that help explain why the government wants to end freedom of movement.

Should rules for companies change?

Most voters seem keen to keep close economic ties with the EU.

To realise that ambition, it is likely that the regulations on what can be made and sold in the UK will have to remain fairly similar to those in the EU.

Voters are not always opposed to keeping to EU rules, particularly when those rules might be thought to favour consumers.

As the UK government seeks the freedom to do things differently, it might well consider that voters could want some things to remain the same – particularly when it comes to their rights as consumers.

By Sir John Curtice, senior fellow at The UK in a Changing Europe. This piece was originally published by the BBC.