Do voters’ perceptions of the consequences of Brexit matter? 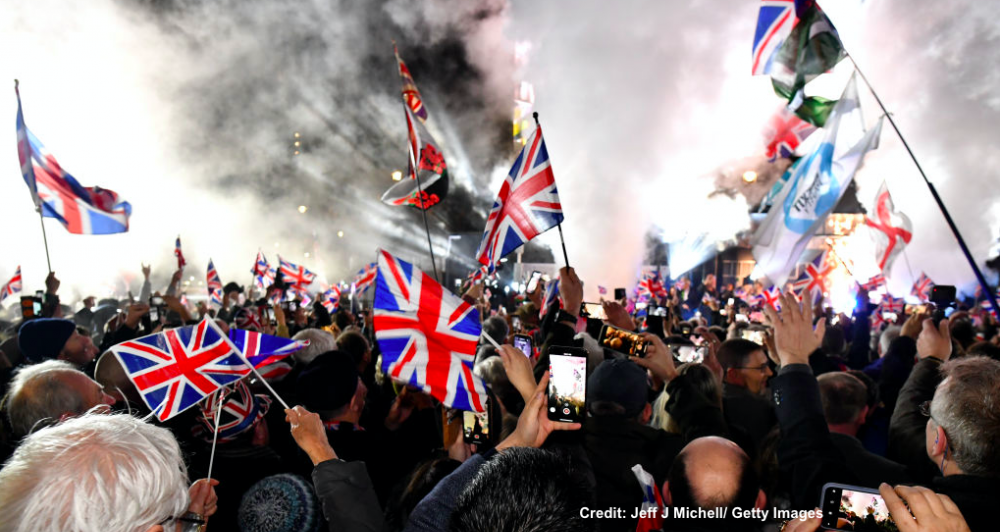 The latest poll from the UK in a Changing Europe/Redfield & Wilton Strategies Brexit Tracker finds that, after leaving aside ‘Don’t Know’s, 55% would vote to stay out of the EU and 45% to rejoin, figures that are only modestly different from the tallies of 52% Leave, 48% Remain that were recorded in the 2016 referendum.

But how do we account for the movement that has occurred in this poll? In particular, to what extent does it reflect people’s views on the consequences of now being outside the EU?

Today’s poll asked a new set of questions designed to tap people’s perceptions of whether the UK is better or worse off as a result of being outside the EU. Hitherto, most polls that have addressed the issue have asked people what they think has been the impact of leaving the EU. However, as Brexit gradually begins to fade from the rear-view mirror of our memories, this approach will increasingly come to appear dated. Some may not remember Brexit at all!

Over the longer term the question that will be pertinent is whether or not Britain feels it is better off outside the EU than it would be as part of the European club – and that is how respondents to today’s poll were invited to consider the issue.

To simplify matters, we have put all the positive evaluations, however worded, in a column headed ‘more/better’ and all the negative ones in a column labelled ‘less/worse’. In the far right hand column we show the proportion giving a positive response minus those expressing a negative one.

Table: Perceptions of the Consequences of Being Outside the EU

Note: In the case of the items on immigration and cost of living, the response, ‘higher’ has been interpreted as ‘worse’, and ‘lower’ as ‘better’

There is a considerable variation in the balance of evaluations. While nearly half say that the UK’s Covid-19 vaccination programme has been better as a result of being outside the EU – a claim that has often been made by the UK government – two-thirds (66%) believe that the cost of living has been increasing as a result of not being a member, while under one in ten (9%) say that it has been lower. That said, those expressing a negative view outnumber those giving a positive response on seven of the eleven items in the table, suggesting that, on balance, the consequences of Brexit are viewed relatively unfavourably.

These figures make it surprising that the poll also suggests that somewhat more people would now vote to stay out of the EU than backed Leave in 2016.

To unravel this web further, we can undertake some statistical modelling which identifies which of the perceptions reported in the table are most closely associated with people expressing a different view now about EU membership from the one they supported in June 2016. This modelling reveals that two evaluations are particularly and independently associated with people expressing a different view – the perceived impact of being outside the EU on the UK’s influence in the world and on the country’s economy.

Among those who backed Leave in 2016 but would now vote to rejoin the EU, as many as 61% say that Britain has less influence in the world as a result of being outside the EU, far higher than the equivalent figure of 14% among Leave voters who would vote to stay out. Similarly, 66% of Leave voters who now back rejoining reckon that being outside the EU has made the country’s economy weaker, while only 19% of those who wish to stay out take that view.

In short, moving away from backing Brexit is strongly linked to holding a negative view of the consequences of Brexit on what were two of the central issues in the 2016 referendum campaign.

There is a similar pattern among Remain voters – but it is not as strong. Among those Remain voters who would vote to rejoin, 79% say that Britain has less influence in the world as a result of being outside, while 76% believe the economy is weaker. The equivalent figures among those who now prefer to stay out are, at 51% and 53% respectively, somewhat lower. Even so, this still means that around half of those Remain voters who say they would vote to stay out believe that being outside the EU is disadvantageous for Britain on these two key issues.

These findings suggest that the support of some former Remain voters for staying out represents more of an acceptance of a fait accompli than an endorsement of the original decision to leave. In any event, the fact that their decision to switch is less closely tied than that of Leave voters to their views of the consequences of being outside the EU helps explain why, despite the primarily negative evaluations of Brexit, today’s poll finds that rather more people would prefer to stay out of the EU than backed leaving in 2016. Sticking to the status quo, whatever its disadvantages, evidently has its attractions.

By John Curtice, Senior Fellow at UK in a Changing Europe

This blog is an abridged version of an analysis that is available on the whatukthinks.org/eu website.

You can find and explore the data within the February 2022 UK in a Changing Europe/Redfield and Wilton Strategies Brexit tracker here.