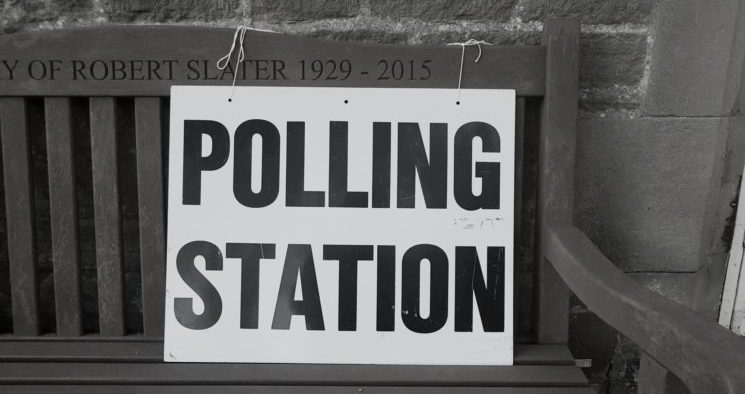 When former prime minister Theresa May announced two years ago that she wanted an early general election, not everyone was pleased.

One woman, who came to be known as “Brenda from Bristol”, seemed to capture many voters’ instinctive reaction: “You’re joking, not another one,” she opined when approached by reporters with the news.

MPs are being asked to decide whether the country should go to the polls yet again.

If they agree, it would be the third election in four years – and just a fortnight before Christmas too.

The most straightforward question has been put by Ipsos Mori, who asked people whether they supported or opposed “an immediate general election”.

However, nearly three in 10 (29%) said they were neither in favour nor against, or that they did not know.

Similar results were obtained by both Opinium and YouGov when they asked voters whether a general election should be held if Brexit were delayed – as has now happened, with the EU leaders agreeing in principle to extend Brexit until 31 January 2020. 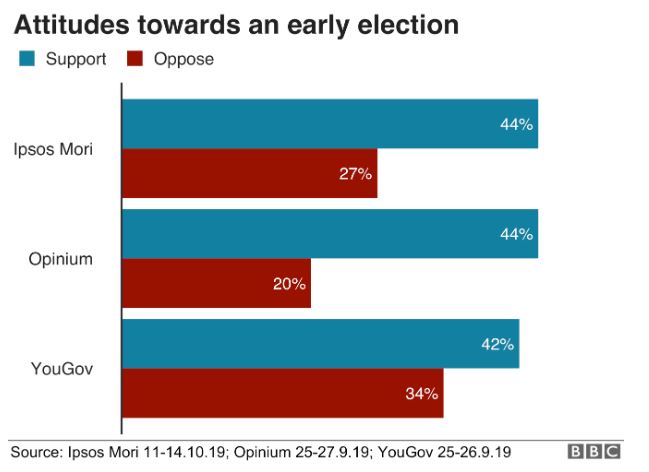 These figures hardly suggest widespread enthusiasm for an election.

Indeed, according to YouGov, only one in four (25%) think an election would resolve the Brexit deadlock. Yet, equally, it would seem only a minority are opposed to the idea.

A different picture has emerged when voters are asked whether they think the next step in the Brexit process should be a general election, or a referendum.

There have been some important differences in the way the polls have asked about this choice. Yet nearly all found that at least slightly more voters would prefer a referendum to an election – though neither possibility was markedly popular.

Both Panelbase and YouGov asked whether an election or a referendum would be the better way of resolving the Brexit deadlock.

They both found about 40% supported a referendum, while about 33% chose an election. 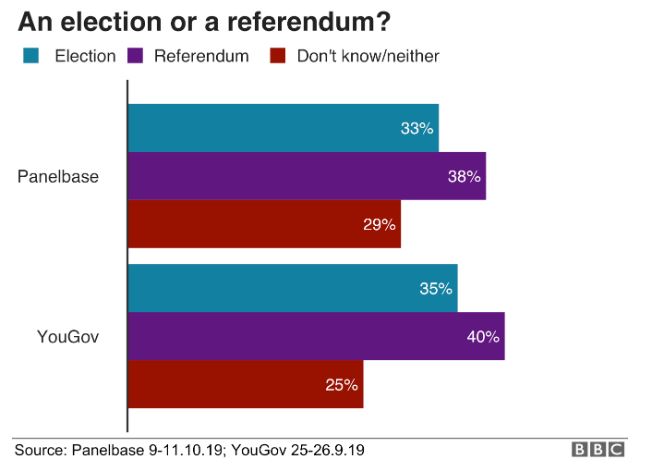 Other polls have included the idea of holding an election, or a referendum, alongside another way of progressing Brexit – continuing negotiations with the EU, taking more time in parliament to consider Boris Johnson’s deal, or forming a government of national unity.

With one exception – a poll last week by Opinium in which 31% opted for an election and 23% a referendum – these polls also suggested another referendum is the more popular course of action.

In short, polling along these lines suggests an election may not be especially popular at all.

However, the difference between polls that simply ask voters whether they support or oppose an early election, and those that ask whether they would prefer an election or a referendum does not end there.

The two approaches also reveal a very different pattern of responses from those who voted Remain and those who backed Leave.

When voters are simply asked whether they support or oppose an election, between a half and two-thirds of those who voted Remain in 2016 say that they support an election. At most, only about a third or so oppose the idea.

In contrast, those who voted Leave either emerge as evenly divided, or as clearly opposed. 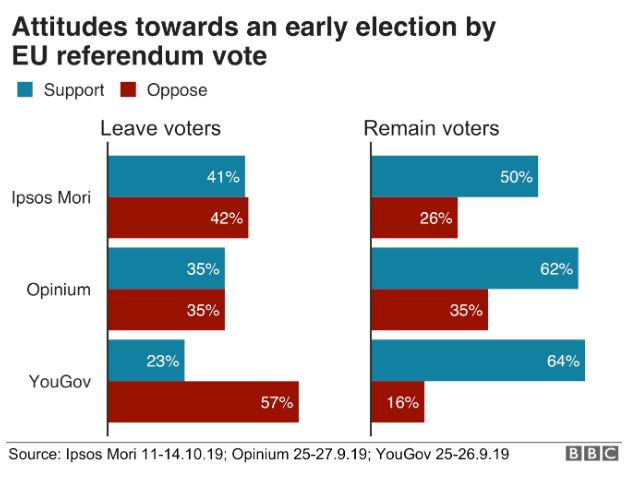 The relative reluctance of Leave voters to back an election might seem surprising, given that an election is now being proposed by a government that wishes to “get Brexit done”.

But it might simply reflect a belief among Remain voters that an election might result in a change of government to one that is more sympathetic to their view. Leave supporters could be concerned that is indeed what might happen.

At the same time, those who voted Leave might have been reluctant to back a proposal that some of these polls indicated would involve a delay to Brexit.

When voters are asked to choose between an election or a referendum to resolve the Brexit deadlock, the pattern is reversed.

Those who voted Remain are far keener on the idea of another referendum than they are on an election.

Conversely, Leave voters emerge as relatively keen on the prospect of an election.

Those polls that included an additional option have found the same.

Even the poll from Opinium in which, exceptionally, more backed an election than a referendum, still found that 44% of Remain voters preferred a referendum and only 20% an election.

Among Leave supporters 6% preferred a referendum and 44% an election. 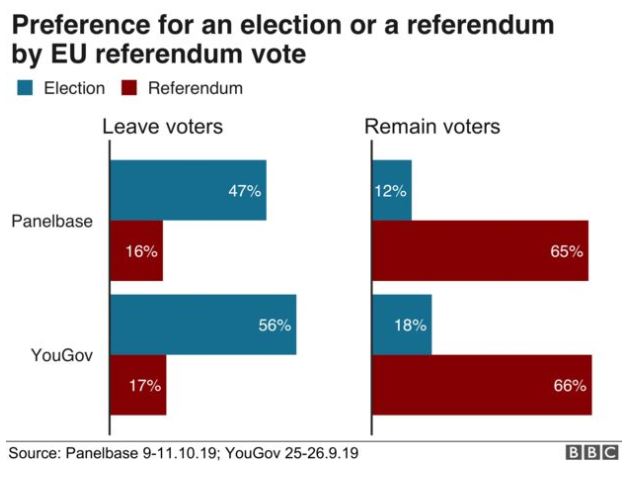 Why might Remain and Leave voters have such different views?

Well, those parties that oppose Brexit back the idea of a referendum.

At present the polls suggest another referendum might produce a narrow majority in favour of reversing the decision to leave the EU.

At the same time, however, the polls also suggest that the Conservatives under Boris Johnson, who are aiming to implement Brexit without a further referendum, could well win an election with an overall majority.

Perhaps voters, like many politicians, back the course of action they think most likely to favour the Brexit outcome they prefer?

If so, then it is not surprising that Remain and Leave voters apparently have very different views on the merits of holding an election.