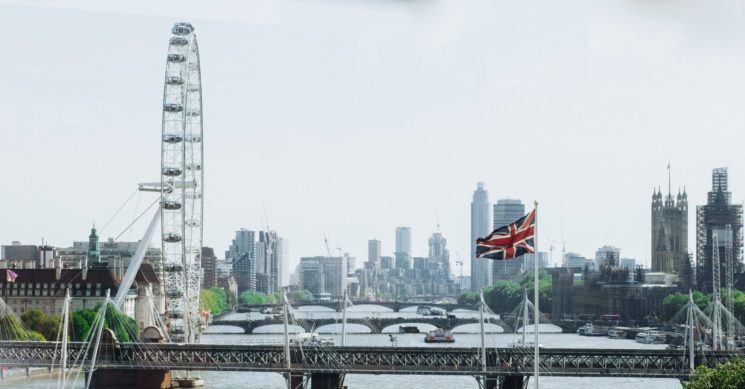 MPs are likely to have the chance, and possibly multiple chances, to vote on Prime Minister Boris Johnson’s Brexit deal in the next few days – but what would voters like them to do?

There are some key clues from a clutch of polls since the deal was unveiled last week.

Three companies have asked voters whether they support or oppose what Mr Johnson brought back from Brussels.

All found many voters – between about three in 10 and four in 10 – said they did not know, or had not heard, anything about what had been agreed. 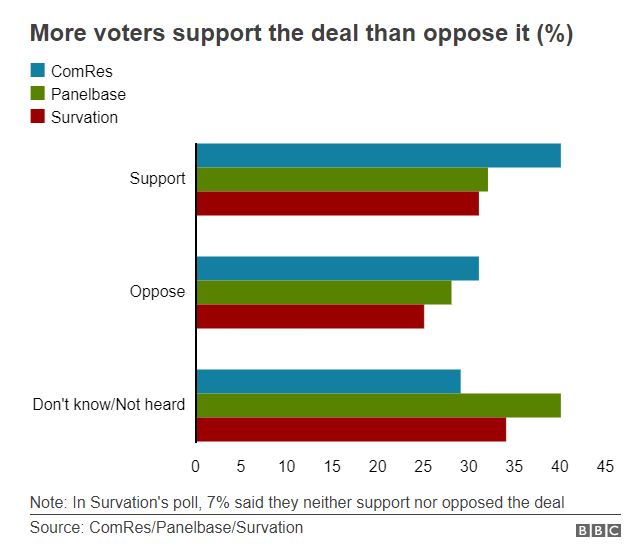 These figures are a reminder many voters have not necessarily been following the drama of the past week closely.

However, in each poll, rather more say they support Mr Johnson’s deal than indicate they are opposed to it.

But given the high proportion of don’t knows, the proportion in favour does not come even close to 50%.

A clear majority is also lacking when voters are asked whether MPs should vote for or against the deal.

That said, voters are not necessarily convinced the agreement would be good for the country.

According to YouGov, slightly more (23%) believe it would be a bad deal for Britain than think it would be a good one (17%). As many as 45% feel they do not know enough to give a view either way.

Similarly, Survation reports while 25% think it would be good for Britain as a whole, 27% believe it would be bad. And just 17% believe the UK would benefit most from the deal, while 28% think the EU would.

It may be some voters feel the agreement is the best that can be achieved in the circumstances.

Either way, so far at least, it is difficult for either the government or the opposition parties to argue most voters clearly back their point of view on the deal.

The agreement Mrs May struck in November 2018 received a decidedly frosty reception from voters.

For example, when Survation asked voters whether they supported or opposed what she had brought back from Brussels, just 16% said they backed it. Nearly twice as many (30%) were opposed.

Although the balance of opinion on this measure did become somewhat more favourable thereafter, it never tilted decisively in favour of Mrs May.

In response to exactly the same question, 31% support Mr Johnson’s deal while only 25% are opposed.

Meanwhile, when YouGov first asked how MPs should vote on Theresa May’s deal, just 27% said they should approve it. At that time, 42% indicated they should reject it, figures that never changed dramatically.

The equivalent figures for Mr Johnson’s deal are almost the mirror image of these.

It was always difficult for Mrs May to argue with MPs that voters were keen for them to back her deal.

On this score, at least, Mr Johnson appears to have a better case.

Both those who voted Leave and those who backed Remain in 2016 were unhappy with what Mrs May had brought back from Brussels.

Now, it looks as though at least half of those who voted Leave in 2016 – and maybe more – support the prime minister’s deal. 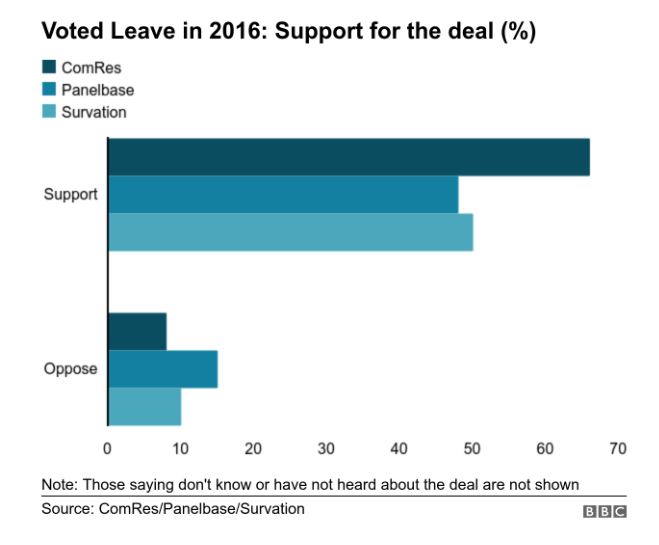 But, conversely, about half of those who voted Remain are opposed to the deal. 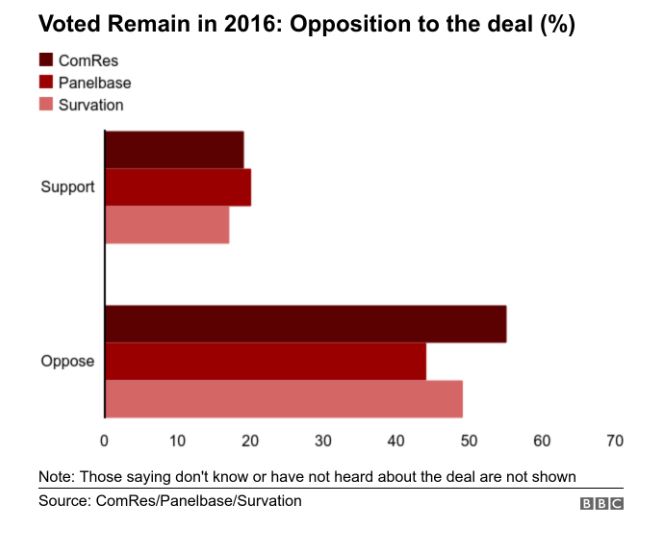 Voters have also been asked what they would do if a referendum offered a choice between leaving the EU on the terms proposed by Mr Johnson or remaining in the EU.

Their responses reinforce the impression Mr Johnson’s deal has divided the country.

Both Opinium and Survation have suggested the outcome of such a ballot would be a tie.

Many Remain supporters appear to believe if Mr Johnson’s deal were to be put to a confirmatory vote, a majority would vote to stay in the EU.

However, it seems such an outcome is by no means guaranteed.

But, equally, the deal does not appear to provide a promising foundation for bringing the country together, as the prime minister argues it would.

So far, at least, he has won over too few Remain voters for that to be the case.