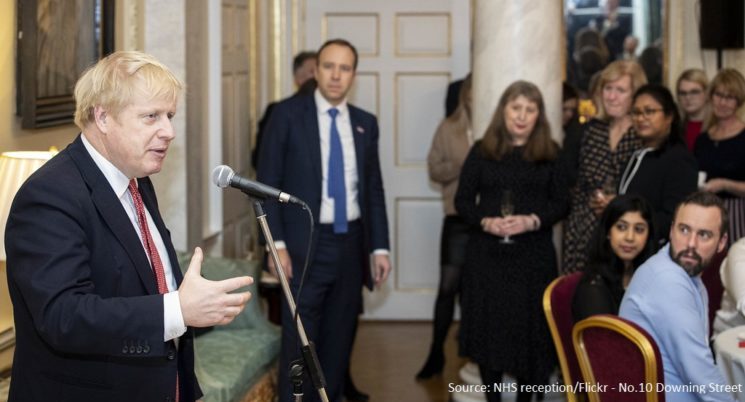 Should Britain seek a ‘hard’ or a ‘soft’ Brexit? That question has hung over the country ever since, three and a half years ago, a majority voted in a referendum to leave the EU. Now it finally has to be answered as the country embarks on the task of negotiating its post-Brexit relationship with the EU.

At the centre of the debate is the trade-off Britain is likely to face in the negotiations between maximising its freedom to make its own decisions versus maximising its ease of access to the EU single market.

Advocates of the former emphasise the need to Britain to be able to control its own borders and regulate its own economy, as well as strike its own trade deals with the rest of the world. Those preferring a softer break emphasise the economic benefits of maintaining frictionless trade with the economic giant that will still be sitting on the country’s doorstep.

But which version of Brexit would voters prefer to see? We address this question using data from a series of surveys conducted during the course of the last three and a half years for the UKICE initiative via NatCen Social Research’s mixed mode random probability survey.

Participation in the single market implies a willingness to accept that EU companies can sell their goods and services in Britain just as easily as those companies that are based here. This is a requirement to which few in Britain object in principle.

True, this sentiment appears less strong when voters are asked directly whether Britain should have the ability to set tariffs on goods coming into the country from the EU. Even so, never have more than 28% said that they were in favour of ‘allowing Britain to put a tax on goods imported from the EU, while allowing the EU to put a tax on goods imported from Britain’. Between 41% and 49% have indicated that they are against. Even among those who voted Leave the proportion in favour has never been more than 37%.

However, the EU will not allow the UK to participate fully in the single market unless it both adheres to the regulatory requirements of the market and allows the free movement of labour. Indeed, that is why the country faces a potential choice between a ‘soft’ and a ‘hard’ Brexit.

In many respects, voters in the UK appear to be in favour of maintaining alignment with EU rules – and perhaps especially so where they might be thought to benefit as consumers.

Our surveys have, for example, repeatedly found that over 70% are in favour of requiring ‘mobile phone companies to follow EU regulations that limit what they can charge for calls made abroad’.

Meanwhile, the proportion in favour of requiring ‘British-owned airlines to follow EU rules that require them to pay compensation to passengers who have been seriously delayed’, already at two-thirds in the autumn of 2016, now stands at nearly four-fifths (78%).

More broadly, it is far from clear that voters necessarily want Brexit to herald a markedly less heavily regulated consumer market. Around three in four are ‘definitely’ or ‘probably’ against the sale in Britain of chlorinated chicken, while even more are opposed to hormone treated beef.

Both are products that are currently banned in the EU but not in the US, and which Britain could now decide to allow too. Similarly, on another issue where the EU has taken a less permissive outlook, rather more than half are still opposed to either the growth or the sale of GM foods in Britain.

Moreover, Leave voters largely share this outlook. For example, around two-thirds (65%) think that mobile phone companies should have to follow EU rules on the cost of calls, while 70% are against the sale of chlorinated chicken. All in all, there does not appear to be a widespread wish that post-Brexit Britain should necessarily diverge sharply from the regulatory regime of the EU.

However, immigration was a central issue in the EU referendum campaign. And although the level of concern about the subject has since fallen, a majority of voters – including many who voted Remain – are still in favour of controlling migration from the EU.

In the autumn of 2016, not long after the EU referendum, nearly three-quarters (74%) of all voters – including nearly two-thirds (62%) of those who voted Remain – said they were in favour of ‘requiring people from the EU who want to come to live here to apply to do so in the same way as people from outside the EU’.

In contrast, during the recent election campaign the figure stood at a little under three-fifths (58%), though even among those who voted Remain, supporters still outnumber opponents.

Voters also seem to accept the corollary of ending freedom of movement, that is, that British citizens should no longer necessarily have the right to settle in the EU – just under two-thirds (63%) express that view. Meanwhile, around two in five voters (38%), including nearly a half of those who voted Leave (46%) expect leaving the EU to result in a reduction in immigration to Britain.

So, while voters in Britain might be willing to maintain free trade with the EU and might not necessarily be concerned to see significant regulatory divergence, they are still reluctant to embrace the freedom of movement provisions of the EU.

It is on this subject that the modus vivendi of the EU and majority public opinion in Britain are still most at odds, and it is this divergence that above all potentially pushes voters in the direction of favouring a ‘hard’ Brexit.

True, it is a subject on which many voters might yet be willing to compromise. As many as 60% now say that Britain should ‘definitely’ or ‘probably’ be willing to ‘allow people from the EU to come here freely to live and work in return for allowing British firms to sell goods and services freely in the EU’.

Three years ago, only 49% expressed that view. However, Remain and Leave voters still have very different views on this issue – as many as 60% of the latter are opposed to striking such a deal. That is bound to limit the freedom of movement of a Prime Minister whose newly minted parliamentary majority rests heavily on the support of those who voted Leave.

By Professor John Curtice, senior fellow at The UK in a Changing Europe. Originally featured in inews. This article is part of our report ‘Brexit: what next?’