Does Boris Johnson have the Conservative Party’s permission to extend transition? 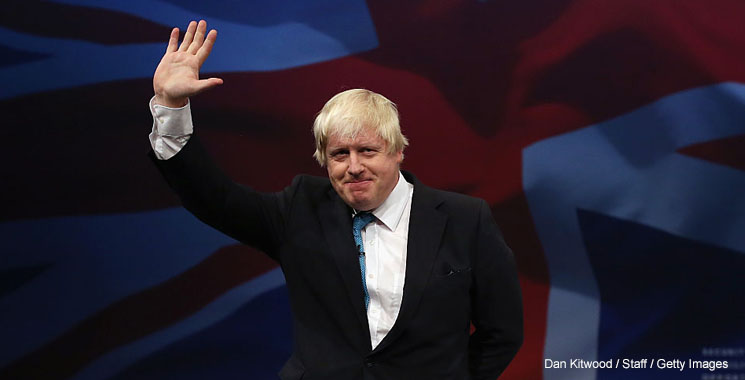 A new survey from Deltapoll has confirmed what others have already pointed to – namely that a majority of the public, given the outbreak of Covid-19, are now in favour of extending the UK’s transition out of the EU’s single market and customs union.

True, there is a big difference on the issue between Remain and Leave voters, but even 39% of those who voted to quit the EU in 2016 and voted for the Conservatives in 2019 agree.

So although his chief Brexit negotiator continues to insist he won’t be doing so, Boris Johnson has the general public’s permission to extend transition. But does he have permission from a group to which he’s likely to pay just as much attention – Parliament and, in particular, his own MPs?

That’s a question that’s difficult to answer directly. But we can make an educated guess by looking in more depth at the parliamentary Conservative Party returned to the Commons in 2019.

The 2016 referendum saw almost every front- and back-bencher then sitting in Parliament, as well as many destined to join them, adopt a position on the issue. A substantial minority, particularly in the Conservative Party, plumped for Leave, but the majority went for Remain.

The public’s vote to leave the EU, therefore, meant that a lot of folk at Westminster had, in effect, picked the wrong team.

A new dataset, compiled at Yale University, allows us to see how things shook out.

The dataset looks at the stance that MPs elected in the 2019 election cycle took on Brexit in 2016, regardless of whether or not they were MPs during the referendum. It uses a combination of social media, MPs’ personal websites, newspaper interviews, and media reports.

Some MPs remain a mystery but not many: the dataset captured 354 of the 365 Conservative MPs elected in 2019, for instance.

So what of the trends? The most obvious is that, although Parliament became significantly more pro-Leave by 2019, this was entirely due to a massive shift within the parliamentary Conservative Party.

Almost all Conservative MPs who were pro-Remain in 2016 left Parliament in 2017 or 2019 or – in the case of nearly all of the 129 Conservative Remainers who were elected to the Commons in 2019 – had shifted to either vocally or tacitly supporting Brexit.

Some 98% of current Labour MPs qualify as Remainers, as the ten Labour MPs who had supported leaving in 2016 dwindled to just three: four chose not to stand and three lost their seats. 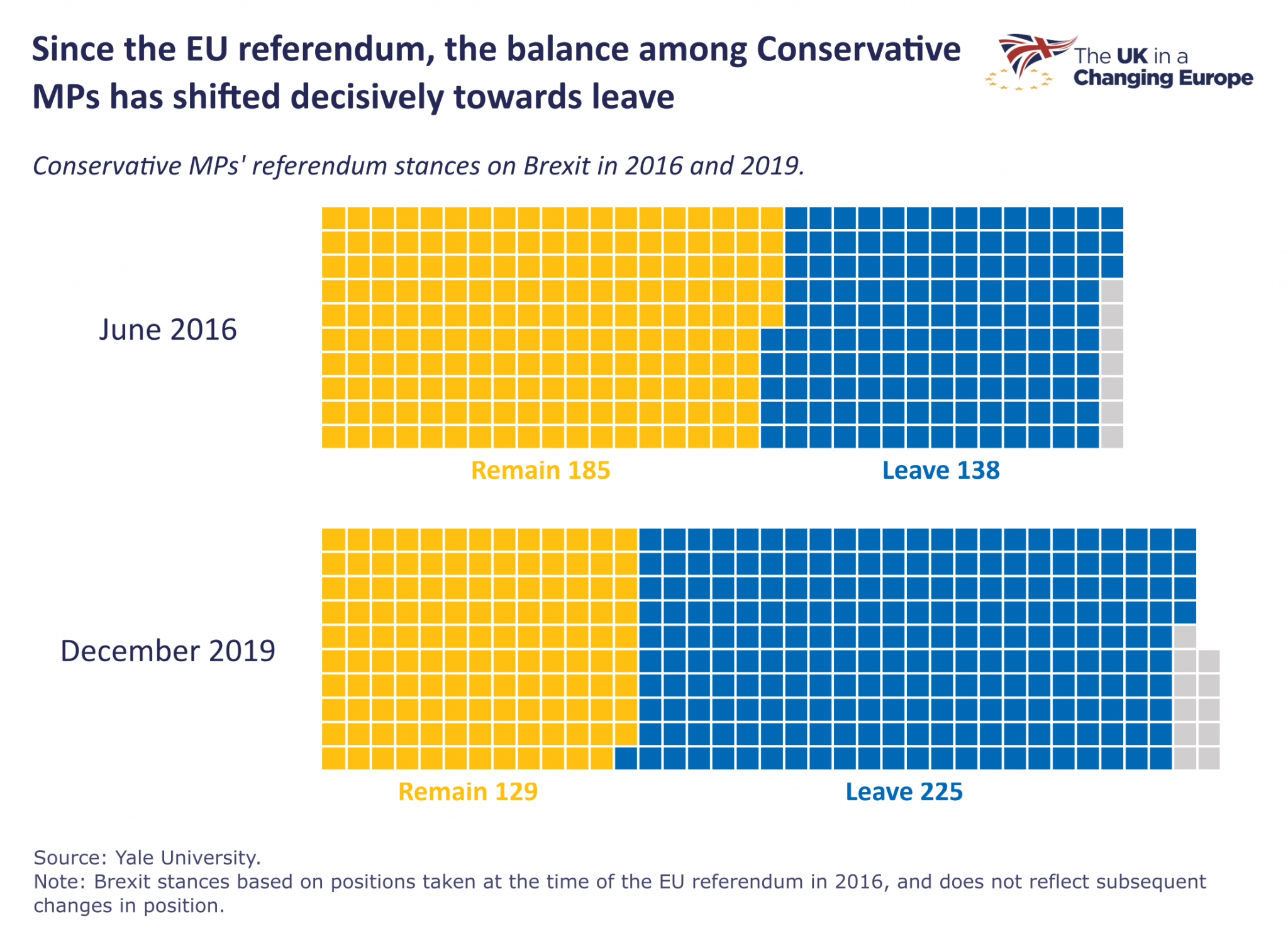 As to what caused that drop, the numbers tell several stories.

In large part, however, this process of replacement wasn’t needed to effect the change that a party leadership now committed to Brexit at apparently any cost required.

That’s because, according to the Yale dataset, nearly all of those Conservative MPs (96% to be exact) who were elected in 2019 but who supported Remain in 2016 changed their tune and decided to toe the party line and support Brexit.

Why they decided to do so is open to debate. Maybe they came to believe that to do anything else in the light of the referendum result – albeit a result that went against them – would have been anti-democratic.

Maybe, having listened to the arguments that raged in the two-and-a-half years following the referendum, they finally found themselves persuaded that Brexit would be best for Britain.

Or maybe they simply and swiftly realised which way their bread was buttered. After all, success in politics requires a dash of idealism but an even bigger dollop of realism.

That realism, however, may also extend to sympathy for the idea that, in the face of the coronavirus crisis, the UK and the EU cannot hope to come to a satisfactory deal by the end of this year.

So let us assume, for the sake of argument, that all of the 129 Conservative MPs currently sitting in the Commons who, according to the Yale dataset, originally supported Remain would, irrespective of their post-referendum conversion to Brexit, nevertheless vote to extend transition.

Let’s also assume that the proportion of the 225 Conservative MPs who, according to the Yale dataset, voted Leave in 2016 but might now be prepared to support extending transition matches the 39% of their Conservative and Leave voting counterparts in the general public.

That said, it might be an overestimate: using another recent attempt to calculate the Leave-Remain balance on the Conservative benches would put the figure nearer 120 than 140.

Moreover, if Johnson does ultimately opt to extend, and assuming he goes down the legislative route to do so, then he would whip his MPs hard to support him.

That, and the fact that some of the potential rebels will be part of the payroll vote, might reduce that worrying figure still further.

And ultimately, were the PM to change his mind about extending transition, he would also be able to rely on the support of opposition MPs who, as the Yale dataset confirms, are (or at least were) Remainers almost to a man and woman.

In short, Johnson will be able to get permission to extend from Parliament – and from the majority of his Conservative colleagues – as well as the public. The $64,000 question now is will he seek it?