Does Brexit need the consent of the devolved territories? 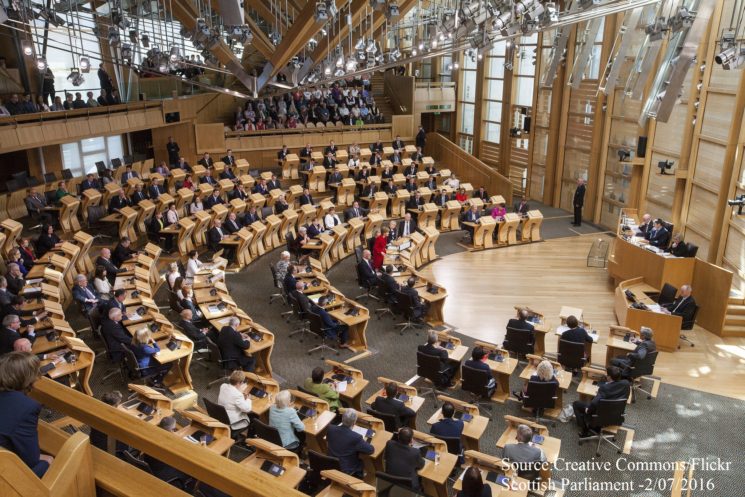 The UK Government has promised a UK-wide approach to Brexit but it is not clear what this means. For the devolved nations – Scotland, Wales and Northern Ireland – there is range of possibilities from mere ‘consultation’ to full participation in the negotiations. There is also the question of whether any Brexit legislation would require the consent of their legislatures. There are two quite different perspectives on this, raising questions about the nature of the United Kingdom that have never been resolved.

On the one hand there is the constitution as seen from London, with three key elements. First, foreign affairs is a reserved matter under the devolution acts. This includes EU membership, therefore the devolved authorities have no rights in the matter, although they might be consulted as a matter of courtesy.

Second, treaty-making is a matter of the royal prerogative. Even the UK Parliament has no formal standing in the Brexit decision or negotiation, although enabling legislation would no doubt be brought to Parliament after a deal was concluded; a fortiori, the devolved governments and legislatures have no role.

Third, in so far as legislative approval is needed for Brexit, the Westminster Parliament is omnicompetent and can legislate on all matters, including those devolved to Scotland, Northern Ireland and Wales.On the other hand, this narrow legalistic reading ignores the layers of convention that underpin the UK constitution and the changes that it has undergone in recent years. These are not straightforward or consistent.

So asserting the supremacy of Parliament comes into conflict with the principle that the people have the last word, and that the referendum outcome must be respected (throughout the UK). The referendum has also become part of our unwritten constitution, again by convention.

In the devolved territories, there are other constitutional traditions, in which the UK is seen not as a unitary state but as a union, founded on treaties and practice. This interpretation of union is widely shared in Scotland, while the principle that it could, as a last resort, secede, has been recognised by successive prime ministers and in the Edinburgh Agreement that paved the way for the 2014 independence referendum. In the case of Northern Ireland, the Belfast agreement includes elaborate provisions allowing for self-determination, cross-community consent and a role for the Republic of Ireland, subject to international law.

Then there is the Sewel Convention, under which Westminster does not legislate in devolved matters or, by extension, alter the powers of the devolved bodies, except with their consent. After the Scottish referendum, the unionist parties agreed to entrench this provision as strongly as is possible in our unwritten constitution, and it so features in the Scotland Act of 2016.

Certainly, the wording is that Westminster will not ‘normally’ invade their competences without their consent; but if ‘normally’ means whatever Westminster declares it to mean at any time, then the whole provision looks meaningless. It is only meaningful if it covers non-trivial issues.

The argument that EU membership is foreign affairs and therefore reserved can also be challenged. EU obligations and rights, unlike most foreign treaties, are embedded deeply in UK law, including the devolution settlement and devolved laws. In other federal and devolved countries, the idea that the central government can use the pretext of foreign treaties to invade devolved competences has been highly contentious.

If Westminster were to assert its view of the constitution, the devolved governments would probably have little legal recourse, as the courts would simply follow the doctrine of parliamentary sovereignty and note the ‘normally’ provision in the Sewel Convention.

Yet such a unilateral interpretation of the constitution would re-open up the whole question of the nature of the union and whether the devolution settlement does now represent a third way between secession and remaining in the unitary state.

Brexit was about restoring national sovereignty but, in the process, it has raised the question of where sovereignty lies at home.

By Michael Keating senior fellow the UK in a Changing Europe, Professor of Politics at the University of Aberdeen and director of the Centre on Constitutional Change.