Does Liz Truss want to build Singapore on Thames? 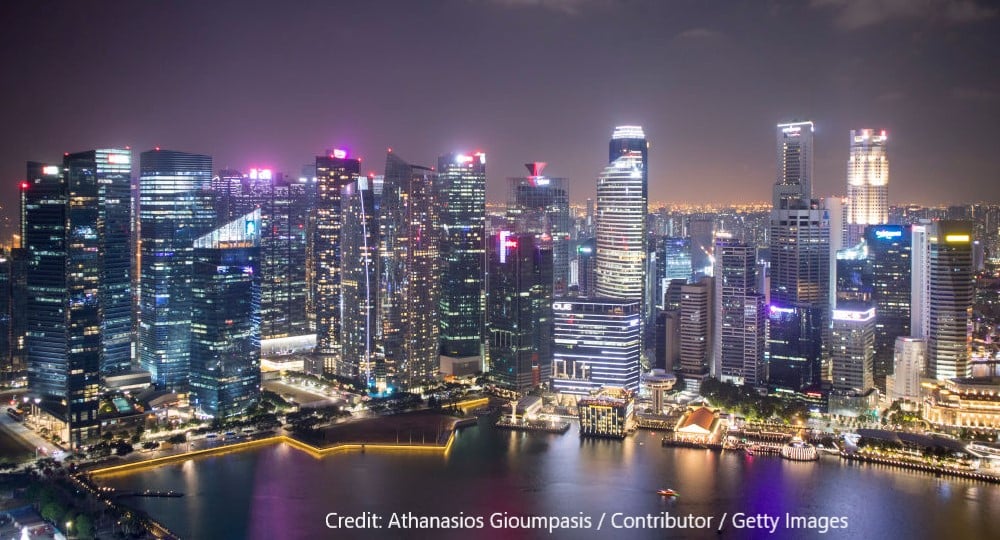 Joël Reland analyses the findings of UK in a Changing Europe’s fifth UK-EU regulatory divergence tracker, highlighting a shift from the Johnson government’s focus on demonstrating sovereignty to the Truss government’s emphasis on deregulation and low taxes as a means to economic growth.

While Boris Johnson was the Prime Minister who got Brexit done, it was never quite clear what he wanted to do with the UK’s newfound regulatory freedom.

Our series of regulatory divergence trackers shows that his government did not lack for ideas about rewriting EU regulation, but ultimately delivered little substantive change.

There were some significant steps towards liberalising gene editing rules and restructuring agricultural subsidies, but in many more cases – state aid, procurement, chemicals, medical devices, emissions trading – new UK regimes largely replicated what was being done at EU level.

Demonstrating sovereignty – the UK having control of its own affairs through new ‘bespoke’ regimes – was the overriding imperative of Johnson’s approach to divergence, even if under the bonnet things stayed largely the same.

There could be many reasons for this approach, ranging from Covid-19 disruption, to Johnson’s propensity for boosterism and the fact that radical reform takes a lot of time and effort.

Yet our latest tracker suggests that the arrival of Liz Truss as Prime Minister heralds a new attitude to divergence.

If Johnson’s primary imperative was sovereignty, for Truss it is unambiguously all about growth – and the two prerequisites she sees for this are lower taxes and wide-scale deregulation.

She recently told Conservative Party Conference that “more taxes, more regulation and more meddling” is “wrong, wrong, wrong”, adding that “all EU-inspired red tape will be history” and “instead, we will ensure regulation is pro-business and pro-growth.”

An early example of this vision in action is the decision to remove the cap on bankers’ bonuses, with the aim of boosting the international competitiveness of the City (one of the few Kwarteng-era announcements which new Chancellor Jeremy Hunt has not undone). There is also speculation about giving ministers powers to question Bank of England decisions, and a merger of the other financial regulators to make them more explicitly pro-growth.

Meanwhile one of the most radical – and interventionist – pieces of divergence overseen by May and Johnson has been paused. The Environment Land Management Scheme (ELMS) for England sought to move away from the EU’s Common Agricultural Policy which gave subsistence payments to farmers based on the amount of land they farmed, instead linking them to practices which boost sustainability and biodiversity. The most ambitious elements relating to nature and landscape recovery now seem likely to be scrapped and there could also be a return to area-based payments.

Nature groups are also concerned that environmental protections could be unpicked in the new ‘investment zones’ which Truss is planning and – under an apparent exemption from the government’s ideological opposition to “telling you what to do” and “banning things” – plans are reportedly afoot to ban solar panels from most of England’s farmland on the grounds that they impede growth and food production.

On top of all this, the Retained EU Law Bill (REULB) will see most inherited EU rules expire at the end of 2023 unless departments actively choose to retain or reform specific pieces of legislation.

Taken together, this all seems to herald a move towards the low-tax, low-regulation ‘Singapore-on-Thames’ which many expected the UK to become following the Brexit vote but which notably failed to materialise under Johnson. However, there are good reasons to think that in practice Truss’s deregulatory agenda might fall well short of the rhetoric.

First is the politics. Should Truss manage to ride out the current pressure on her to resign, parliamentary arithmetic could still make it very difficult for her to pursue major deregulation. Opposition among her own MPs scotched plans to repeal the highest rate of income tax, and she has since sacked her Chancellor and renounced his wider package of tax cuts.

Were she to survive, an emboldened party may well decide to block further attempts at deregulation – for instance on workers’ rights or food standards – which are not popular with the general public and which would run counter to 2019 manifesto commitments.

Environmental and climate reforms could also blocked, given this ranks as the most important political issue for Britons after the economy and there are many Conservative MPs in the south west and southern blue wall who are already nervous about losing pro-green voters to the Lib Dems and Greens.

Second, Truss has so far been more inclined than Johnson to cooperate with the EU on major policy issues. There appears to be a renewed commitment to solving the Northern Ireland Protocol conundrum, and if government is serious about that it needs to be mindful that avoiding swathes of small, technical divergences from EU regulation is an important aspect of managing the border.

She also attended the inaugural meeting of the European Political Community and is set to agree closer cooperation with EU partners on energy and migration policy. If this commitment to enhanced cooperation is sincere, there are many more areas – from digital markets, to emissions trading, to security – where similar UK and EU approaches could incentivise regulatory convergence rather than divergence.

Third, while the REULB could lead to wide-scale expiry of EU regulation, ministers may well find that it is far more of a bureaucratic headache to design replacement legislation than it is to keep most EU law on the statute book (I’ve written before about the very significant legislative and regulatory risks the Bill poses).

If a blanket rollover of EU law is politically unpalatable, the Bill also contains the option to kick decisions into the long grass, by delaying the expiry deadline until 23 June 2026 (no prizes for guessing what that is the ten-year anniversary of), by which point a government of different stripes may well have canned the exercise altogether.

Ultimately the Bill may thus mainly be about political management of the Brexiter caucus. If Truss sees a need for closer cooperation with the EU, the REULB could grant her useful political cover – as it gives the impression of radical change without necessarily doing all that much.

Therefore, it could well be that Truss’s divergence agenda, much like Johnson’s, is all about style over substance.

The fifth edition of the UK-EU regulatory divergence tracker can be found here.