Does the EU divide England and Scotland? 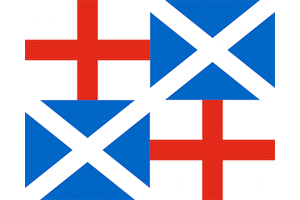 On a number of occasions Sturgeon has made clear her view that any referendum decision to leave the EU would need to be endorsed in all parts of the UK.

With this she is: (a) assuming voters in Scotland will vote to remain in the EU, (b) assuming voters in the rest of the UK (and in particular in England) may not, and, (c) claiming a Scottish veto over a UK-wide majority ‘out’ vote driven, in that circumstance, by English opposition to the EU.

Does such a claim for a territorial veto have any plausibility? In legal terms the answer would appear to be no, given that we can assume a referendum to have a single UK constituency with the result determined by a UK-wide count; any SNP amendments to a referendum bill to challenge this would likely be voted down.

But the political claim to a veto is more interesting. It is a claim now considerably strengthened by the SNP’s extraordinary victory in Scotland on 7 May. 56 out of 59 seats – 95 per cent of Scotland’s MPs – is some platform. It would be a strong basis from which to say that a Scottish ‘in’ swamped by a rest-of-UK ‘out’ is one of those ‘material changes’ Sturgeon has talked about that would justify another independence referendum in Scotland.

In other words, the territorial stakes in an EU referendum are very high. So what are the chances that Scotland and England could end up on different sides of a tight referendum vote? It is surprisingly difficult to say. Not much attention has been paid in academic survey work to territorial differences in views on the EU. The best indication that such differences exist, and may matter, comes from the Future of England Survey (FoES).

The FoES has been conducted three times since 2011 and amongst other things has revealed a strong Euroscepticism among people in England. We added sizeable Scottish and Welsh samples to our 2014 survey (carried out in April 2014) so we could explore differences in public attitudes across the three nations in key issues including the EU. Sample sizes were 3,705 in England, 1,027 in Wales and 1,014 in Scotland.

What we found is set out in the table below: opinion in England and Wales is pretty evenly split on the question whether the EU is a ‘good thing’ or a ‘bad thing’ and on the ‘remain’ and ‘leave’ choices that will be at stake in an EU membership referendum, with English respondents leaning towards leaving and Welsh ones towards staying. But on both questions the balance of opinion in Scotland is clearly to see the EU as a good thing and to want to stay.

Is Membership of the EU a Good Thing or Bad Thing?

The referendum choice responses are especially interesting. If we exclude the ‘don’t knows’ and ‘won’t votes’ the overall outcome in Great Britain (we were unable to survey Northern Ireland) would be close to 50:50 given the sheer weight of numbers England has. On those numbers England and Scotland could indeed be on different sides of a referendum vote, and Nicola Sturgeon could indeed have her ‘material change’.

Of course these figures are just a snapshot from over a year ago and have a high proportion of don’t knows. But they do suggest we should be watching territorial differences in views on the EU closely as the EU referendum debate unfolds. So in the coming months, and as part of the ESRC’s UK in a Changing Europe initiative, we will be keeping track of commercial opinion polling on the EU and digging back into earlier academic surveys to explore – and look for explanations for – territorial differences. We will also be carrying out a new FoES in June 2015. We will set out the findings on this site.