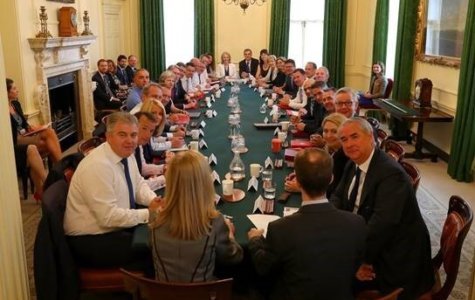 The political fallout of last week’s Chequers summit has, understandably, obscured its economic significance. But with the publication of the Brexit white paper, attention may shift from the short-term political psychodramas of the political establishment to the longer term impact of any Brexit deal on the economy.

So far, much of the commentary has, rather lazily, accepted that the UK is now seeking a much softer Brexit and that the economic implications are therefore correspondingly less severe. But does the evidence actually support this?

There are no definite answers here. But we do know the government itself has – quite rightly – been devoting a huge amount of effort to modelling, in great detail, the sector-by-sector impact of Brexit.

In the leaked “Brexit impact analyses”, published by the Commons Exiting the European Union Committee in March, government economists modelled three scenarios – an “EEA-type” deal, whereby the UK would stay in the single market (and continue with free movement); an “FTA-type” deal, with zero tariffs but many new non-tariff barriers to trade with the EU; and a “WTO-mitigated” scenario, with the UK largely trading with the EU on the same basis it currently does with third countries with which there is no FTA in place. Under all scenarios, we would leave the customs union.

All these scenarios resulted in significant negative economic impacts. Leaving the customs union leads to increased costs at the borders. Leaving the single market means new non-tariff barriers to trade. And ending free movement reduces net migration, although by less if the UK introduces a preferential regime for EU citizens.

On the plus side, under some scenarios we could conclude new trade deals with other countries such as the US; reduce our budget contributions to the EU; and perhaps remove some burdensome regulations, although the scope for this is fairly limited.

In response, the government pointed out that this exercise “did not consider the outcome we are trying to negotiate”; largely because the negotiations at that point were very much within the cabinet, not with the EU.

But, assuming the Chequers plan, as elaborated in the white paper, is now indeed the outcome we are trying to negotiate, that excuse no longer holds water. We must assume that the cabinet was indeed presented with a detailed economic analysis. And, based on what was published in March, we can make a reasonable guess at what it said.

So what happens if we use precisely the same methodology and its results to evaluate the Chequers plan? First, it proposes that we maintain a “common rulebook” with the EU for goods.

This means no tariffs or non-tariff barriers; trade would continue as now. Second, there would be a “common customs territory”, so no new border controls between the UK and the EU27.

If implemented, these two provisions mean there would be no direct negative impacts on goods trade. This is good news, since customs barriers alone were estimated to cost the UK about 1 per cent of GDP. In practice, of course, there would inevitably be some costs for business in implementing this new, untested customs arrangement, as my colleague Meredith Crowley points out, but they should be considerably less. So far, then, the downsides are much reduced.

However, the good news does not extend to services trade. Here, there would be no common rulebook. And since services in general are not subject to tariffs or border controls, these provisions would do little or nothing to mitigate the impacts – primarily new non-tariff barriers – of leaving the single market.

There might be some sectoral arrangements – but the inevitable consequence of the government’s desire to preserve the UK’s freedom of action on services trade means the result would be broadly similar to the FTA scenario set out in the March analysis.

And, since free movement would end, net migration would come down, in line with the government’s “flexible labour mobility” scenario.

What about trade deals with the rest of the world? Well, the March analysis assumed that a trade deal with the US would boost GDP by 0.2 per cent.

Given how difficult it will be to conclude a meaningful deal with the US if we stick to EU rules on goods (including food products) this seems optimistic – even if the technical difficulties, such as implementing rules of origin, can be overcome.

Similarly for the potential for deregulation, given the government’s repeated commitments to maintain high standards on everything from workers’ rights to data protection.

So what does it add up to? Using the government’s own figures – including both the positive impacts of a US trade deal and some deregulation – and assuming that in future non-tariff barriers apply to services but not goods, the central estimate would be a negative impact of about 3 per cent of GDP over 15 years. That’s in between the government’s published estimates of the impact of an EEA-type scenario (1.6 per cent) and an FTA-type scenario (4.8 per cent).

Why so negative, given that not only does this assume no new costs at all resulting from border controls, but no barriers to trade in goods? The answer is that services make up 80 per cent of the UK economy. While some manufacturing sectors – cars and chemicals in particular – would be badly hit by such barriers and the Chequers deal would spare them this pain, the bulk of the overall hit to the economy comes via service sectors. And this deal would do little or nothing to mitigate that.

Now this is very much a back of the envelope exercise. There are reasons it could be too pessimistic – the linkages between different sectors are complex, and what’s been published doesn’t allow us to reflect them properly in these calculations.

Maybe, against all precedent, we can conclude a free trade deal with the EU that includes deep and meaningful provisions on services trade. On the other hand, these calculations assume – questionably – that the Chequers proposals can actually be implemented as described.

In particular, the claim – which I’ve accepted for the purposes of these calculations – that the government’s “facilitated customs arrangement” both means no new border controls and allows us a beneficial trade deal with the US looks optimistic to say the least.

Finally, what about the public finances? This is primarily driven by the impact on GDP, so not surprisingly would again lie in between the EEA-type and FTA-type scenarios. It would depend on what, if any, specific “price” we would have to pay to continue to be effective participants in the single market for goods.

Assuming this was on similar lines to that currently operating for Switzerland (which pays in less than Norway does), then the hit would be on the order of £40bn a year, or £770m a week.

So, once again, politics and economics seem to be on different tracks. The headlines have proclaimed that the government’s new course mean we are headed inevitably for a “soft Brexit”.

But the economic evidence and analysis says that even if – and it’s a big if – the UK gets exactly what it now says it wants, the longer-term impact will still feel very hard indeed.

By Jonathan Portes, senior fellow at The UK in a Changing Europe. This piece originally featured in the Independent.