Don’t buy the bluff. Here’s the truth about no-deal Brexit 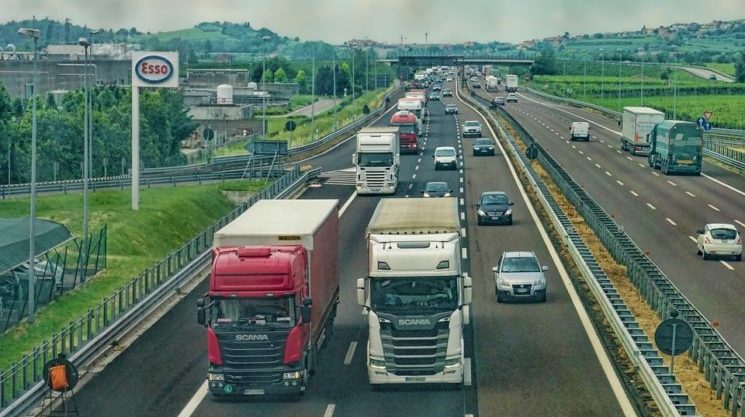 No-deal Brexit has never loomed larger than in the current moment. Boris Johnson has said that Britain will leave the European Union on 31 October.

His entire political strategy is based on the credibility of his threat to follow through, regardless of whether he has come to an agreement with the remaining 27 members. As a result, the need to understand what no deal may mean in practice has become increasingly urgent.

At the UK in a Changing Europe, we have tried to address this: our report on it is out on Wednesday. We don’t have any inside information. We’re not privy to material that others do not have. But we do have a team of scholars who have spent their careers studying the relationship between the UK and the EU, and so are well placed to consider the potential implications if the UK were to leave in this manner.

It doesn’t make for comforting reading. Johnson is set to present no deal as an opportunity for closure – a “let’s just get it over with” moment. But there’s a stark difference between the relative clarity of what no deal means in legal terms and what it might actually herald in practice. It is not a neat way of resolving a complex problem. On the contrary, it is a way of rendering a complex problem infinitely more so.

Legally, the UK will cease to be a member state, EU laws will cease to apply, and the UK will be treated like a “third country” by the union. A deal would have meant a transition period during which trade would continue as now while the two sides negotiated a future relationship. No deal means a cliff edge; the full panoply of checks and tariffs will be imposed on our exports to the EU, and cross-border trade in services will face new restrictions.

So trade with the EU will become more difficult and more costly, with those costs being potentially catastrophic for smaller companies that do not have the margins to absorb them.

But beyond these direct impacts, much is uncertain. How will households and businesses react? Will there be a broader collapse in business and consumer confidence, hitting demand and investment, or will consumers, as they have in the past, shrug off short-term shocks? And more broadly, what will the political dynamics of no deal look like?

Many of the worse possible consequences – such as severe disruption to road and air transport links – are not on the table in the short term because the EU has unilaterally put into place temporary workarounds. Would these – some of which expire as soon as the end of December, just two months into no deal – survive a political confrontation over the UK’s “divorce bill”?

Similarly, while there is no prospect of EU citizens in the UK becoming irregular migrants overnight, the government’s recent incoherence on what no deal means for freedom of movement has made many feel, understandably, insecure – and it is still unclear how employers, landlords and public services will be expected to apply any new rules. The position for Britons in Europe is even more complex and uncertain.

One little discussed consequence of no deal is that the UK will immediately lose access to EU databases and other forms of cooperation including the European arrest warrant, the Schengen information system and Europol.

This will hinder policing and security operations in a world where data is key to solving crime. Nor is it inconceivable, say, that we will witness a rise in organised criminal activity, as gangs seek to profit from this disruption.

But perhaps the biggest and most dangerous unknown is what happens on the island of Ireland. The UK government has said it will not apply checks and tariffs at the Irish border – a stance which is at odds with its commitments under, inter alia, WTO rules.

The EU, however, has made it clear it intends to apply the rules, though whether all checks will be imposed from day one is less obvious. Both sides are likely to blame the other, with unforeseeable political and economic consequences.

Over the longer term, the economy will adjust. But there will be a significant cost. Our earlier research, which analysed the effects of trading with the EU on WTO terms, found that after 10 years this would reduce the UK’s per-capita income by between 3.5% and 8.7%; other credible analyses come to much the same conclusion.

But no deal cannot, in itself, be the end state for the relationship between the UK and its largest trading partner and nearest neighbours. This will need to be resolved eventually. And that is where law and practice come together: no deal won’t mean an end to negotiating with the EU but rather the beginning of a new, more complex set of negotiations.

Once the UK is out, however, those negotiations become far harder, with unanimous agreement from all member states and ratification by their parliaments almost certainly required for the kind of deal we will be seeking to secure. All this against the background of considerable political acrimony, both within the UK and between the UK and the EU27.

Remember, there will be significant economic dislocation on both sides of the Channel, and politicians will be keen to attribute blame. Meanwhile, we are likely to see mounting tensions in Northern Ireland, and quite possibly the return of direct rule.

Emerging from no deal will, in other words, be extremely difficult, intensely time-consuming and politically fraught. And all the while, trade with the EU will continue to be hit by tariffs and checks. Those hoping for an early denouement to the Brexit saga are likely to be sorely disappointed. No deal will just be the start.

By Professor Anand Menon, director of the The UK in a Changing Europe. This piece originally featured in the Guardian. You can read the full report ‘No deal Brexit: issues, impacts and implications’ here.