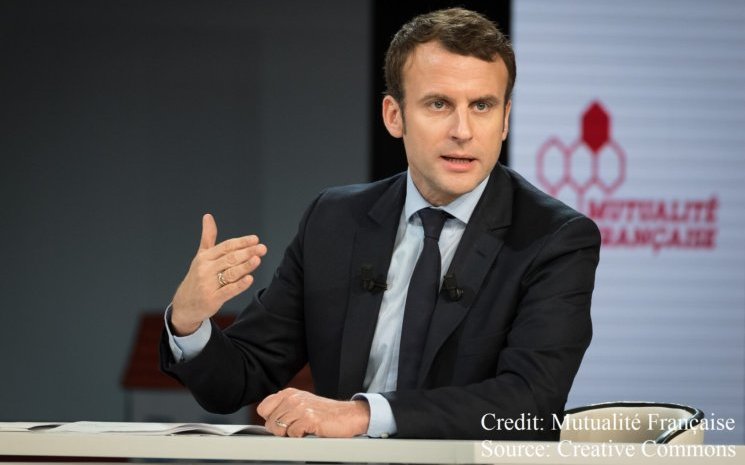 Brexit has countless implications for Britain. One of them is that everything becomes about us. A case in point is the recent French election. The outcome marked a watershed moment in French and EU politics. But what we all want to know is, what does it mean for the UK.

So what does President Macron mean for the UK and, particularly, for Brexit? The clue here lies in his attitude towards the European Union. Of all the candidates in the French election, he was the most enthusiastically pro-EU. He has plans, among other things, to strengthen the euro, and to relaunch the famed Franco-German axis that has driven European integration for so long.

And it is this enthusiasm for integration, rather than any animosity to us, or, indeed, any desire to interfere in our election, that will shape his stance on Brexit. The presence of an ardent Europhile in the Élysée Palace will place France firmly among the ranks of member states for who believe non-membership must be less appealing than membership.

Without thinking in terms of punishing Britain, the logic for Macron is clear. To strengthen the union, and, not incidentally, his own position in the contest (he must expect with Marine Le Pen in 2022), leaving the EU must hurt the state that does it.

So do not expect any favours from the nice, young liberal man across the Channel. His priorities are clear, and we are not one of them. So, he will not push for a deal that gives us rights without the associated responsibilities. He will almost certainly not support a deal that lets certain bits of our economy — the car industry for instance — benefit from special treatment.

Over and above this, if he still means what he declared in front of his ecstatic fans in London last February, he also intends to profit from Brexit. He was unapologetic in declaring that he will use the presidency to make France a more attractive place for those bankers and academics (among others) who currently live in the UK. Roll on my French tax break.

If we can drag our attention away from our short-term Brexit fixation, Macron will also affect us in the medium term, though obviously the impact here will be harder to predict. He has laid out an (admittedly vague) centrist, liberal political philosophy at variance with the ideology of our own government. His approach to the EU is obviously one example, but so too is his welcoming approach to immigrants and his social democratic leanings.

Might a successful President Macron help resurrect European social democracy? Might he serve as a beacon for others on in the political centre ground? It is certainly possible. And if he does, his example might serve to inspire some meaningful opposition to Theresa May.

That being said, the problems that France’s new president faces are significant. For one thing, he must secure the support of the National Assembly in order to be able to govern effectively. This itself will be no easy task. And then he must do what no president in recent times has managed: reform an economy that is stuttering and that leaves alarming numbers of people, and particularly young people, unemployed.

Should he fail, then there will be problems ahead. Marine Le Pen has her own problems to think about – not least whether she can hold the different warring factions of what used to be her party together.

Should she manage this, however, and should the Macron presidency be marked by an ability to deal with the manifold problems confronting the country, this archetypical Davos man will prove a juicy target come the next election in 2022.

The stakes, then, are high. Not just when it comes to Brexit, where France’s new leader will be of no help to Theresa May, but also in terms of the future of French and European politics. Because, tearing our eyes away from our Brexit induced self-obsession, this is where the real effects of President Macron will be felt.

Not in shaping the deal that sees us leave the European club. But in helping to shape the future of European politics. This is something we should probably be more interested in than we currently are.

Anand Menon is director The UK in a Changing Europe and professor of European politics and foreign affairs King’s College London. This piece originally featured in The Times Red Box.