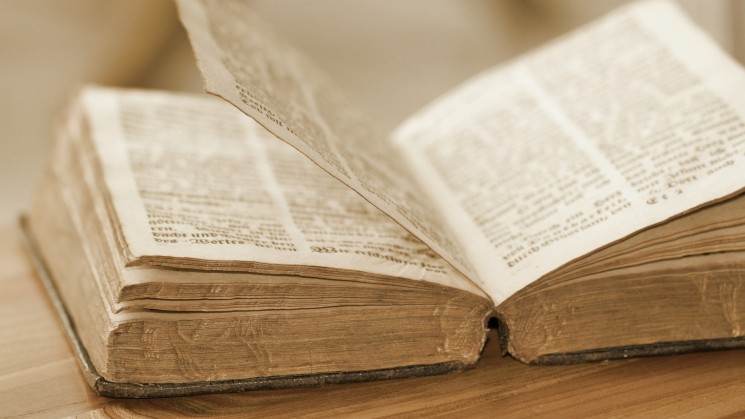 In the last year or so, the letters pages of Britain’s quality newspapers have been full of pleas from distinguished vice-chancellors and professors, all mobilised in serried ranks, to plead the case for Britain remaining in the European Union. Their ostensible excuse is the need to preserve research funding from the EU for British universities. Apparently, should Britain leave the EU, she will immediately enter a dark age, deprived of the beacons of scientific and academic research.

Their real motive, of course, is simply political bias. If true academic concern were the basis of this organised campaign, the leaders of our academic community would be writing letters reminding politicians of both camps that in their battles over Brexit the concerns of universities should not be overlooked and that, whatever the outcome of the referendum, the funding of vital research should be protected. This would have been, indeed, should have been the natural, politically neutral stand of the nation’s academy.

But such an honourable, dignified course was rejected. Instead, these self-styled defenders of a vital national interest chose to present themselves as just another vested interest group and behave like all the other lobbyists and subsidy-junkies in Brussels. In short, they have disgraced themselves and demeaned their high academic positions.

Even a modicum of common sense, far less a lifetime of academic research, might have suggested that educated people and research bodies on both sides of the Channel would easily find some arrangement after Brexit to continue such funding, especially since under Article 50 of the Lisbon treaty at least two years are given over to establishing transitional arrangements, if and when a member state chooses to withdraw from the EU. Moreover, as a recent article in the Times put it, “the flagship science collaborations of Europe are not confined to the EU at all: they include countries such as Israel, Switzerland and Turkey. CERN’s accelerator crosses an EU border.”

Indeed, a few minutes research on the internet could have revealed to these academic heavyweights that on 2 December 2013 the European Council adopted Council Regulation EU No. 1261/2013 (amending Regulation EC723-2009) regarding the European Research Infrastructure Consortium, whereby the participation of countries outside the EU would henceforth be treated on the same basis as EU member states themselves. Indeed, ‘”their contributions to ERICs will be fully reflected in terms of membership and voting rights.” This regulation came into force on 26 December 2013. Thus EU and non-EU states participating in European research consortia have exactly the same rights.

It is important to realise that funded academic research in the EU includes non-EU states. Just ask the EU Commissioner for Science and Research in 2006, Janez Potočnik:

“Since Israel first participated in the Framework programme in 1996, R&D cooperation with the EU has enjoyed remarkable success. More than 700 Israeli companies, research institutes and universities took part in projects under the Sixth Framework Programme. We have a particularly strong record of cooperation in information technology and life sciences.”

Israeli academics and scientists received research grants totaling 203 million euros under that programme. In a report published on 5 December 2014 by Horizon 2020 (the biggest EU research programme ever, covering the period 2014 to 2020, with 80 billion euros in funding), it was announced that the EU and Switzerland had signed a comprehensive international agreement associating Switzerland to parts of Horizon 2020. According to the announcement: “This will see Switzerland participate in project consortia in eligible programmes on an equal footing with EU Member States …” The EU Commissioner for Science, Research and Innovation, Carlos Moedas, commented: “This agreement is of paramount importance for our scientific communities.”

So why should Britain after Brexit be unable to sign a similar agreement, covering our present areas of cooperation? Why the panic in academia? Perhaps the Vice-Chancellors and Professors who wrote their letters to the British press should have done a little research first? Or defended their academic integrity before their political masters? The debate over the EU should concern issues of national sovereignty, democratic government,economic advantage, geopolitics, immigration and national identity. Attempts to reduce it to the grubby level of vested interests should be rejected.

One final point, however, needs to be made. It is, to quote the brilliant Times columnist, Matt Ridley:

“The way Brussels works is fundamentally antithetical to innovation. It is too top down, with regulation promulgated by officials behind closed doors in meetings with lobbyists.”

Think of the way that Volkswagen, using carbon-dioxide emissions as a cover, got the rules rewritten to suit diesel engines rather than petrol ones, despite the fact that particulate emissions from diesel were far higher and more dangerous. Think of Sir James Dyson’s amazement that energy ratings for vacuum cleaners were set in Brussels without testing them when full of dust. Think of how biotechnology in agriculture, with its proven ability to cut pesticide use, has been stymied in Brussels by political interests.

To quote Ridley once again:

“The EU says it favours innovation but what it really means by this is not encouraging a ferment of new start-ups à la Silicon Valley, but top-down spending of taxpayers’ money on pet projects in science and technology.”

We should not assume, therefore, that EU framework programmes are necessarily the best way to conduct research in any case.

As a result of all the arguments I have suggested above, I believe critically trained minds should disregard the EU’s panicking “pet academics” in the UK, and embrace Brexit as the obvious future for Britain and its universities.

Dr Alan Sked is Emeritus Professor of International History, LSE, and the founder of Ukip. This piece was originally published in the Telegraph.