Don’t shoot the messenger: the European Commission’s role in the Brexit negotiations 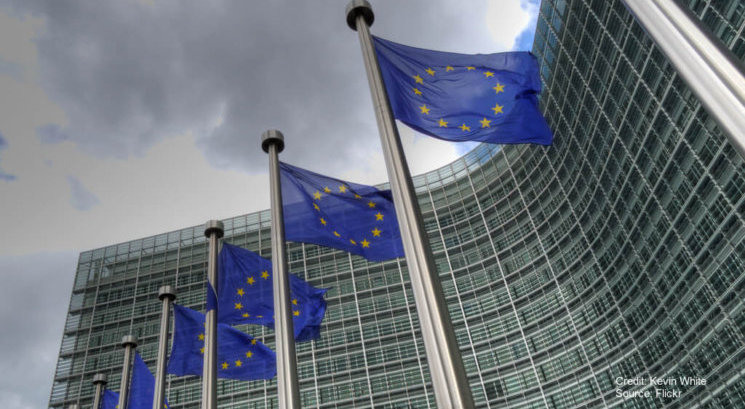 Who, on the EU side, will be ‘responsible’ for the withdrawal agreement and political declaration on the future relationship between the UK and EU? Despite the vexing Irish border question, a deal is likely to be finalized later this year.

Your intuition may be to point at Michel Barnier – who is the chief negotiator and face of the negotiations – and by extension the European Commission. Here I will explain why this is a classic case of misattribution which, unfortunately, is prevalent in public perceptions of European decisions.

Getting the process behind the EU negotiations right is of particular importance given that, whatever the particular shape, Brexiteers may attack the final deal on the grounds that it has been negotiated by the Commission.

To discredit the deal and bring about a hard Brexit, they may try to portray it as an attempt by ‘unelected bureaucrats’ to punish the UK for leaving. To explain why the Commission is not a good target for Brexiteers’ grievances, let me highlight the key features of the negotiations on the EU side.

One way to assess the Commission’s ability to impose its own view on the final deal is by looking at how interested other EU institutions are in the negotiations, thereby limiting the Commission’s margin of manoeuvre.

Put simply, the more parties have a stake in the negotiations, the harder it is for the Commission to strike common ground and come out of the negotiations with a deal at all, which almost everyone prefers to no deal.

In these terms, the most important feature of the Brexit negotiations is the unusually close involvement of the European Council (EUCO), which is where the highest EU’s leaders meet. The EUCO has adopted procedural arrangements and no fewer than three ‘guidelines’ (one, two, three) in the course of the negotiations.

On top, EUCO president Donald Tusk directly represents member states and has carved out an active role for himself in the negotiations, attracting widespread attention with John Lennon quotes or a somewhat too light-hearted jibe at Theresa May in Salzburg over cake.

Moreover, in EUCO meetings she has relentlessly tried to convince all EU leaders of her Brexit vision. This is testament to where she believes hard decisions will ultimately need to be taken.

No other international negotiation in the EU has received even remotely similar levels of attention from the EUCO. But, then again, no negotiation has ever been conducted under Article 50 before.

On the ministerial level, the General Affairs Council (GAC) meets in its ‘Article 50 configuration’ about once per month. At these occasions, Michel Barnier briefs the EU27 about the progress in the negotiations and gives them the chance to intervene.

While Mr. Barnier could theoretically disregard any concerns raised and present member states with a take-it-or-leave-it deal at the end, the Commission usually does not seek showdowns and tends to stick closely to what member states want.

Based on the EUCO guidelines, the GAC also issued two more detailed ‘negotiating directives’ (one, two), which serve as a manual for the Commission on how to proceed.

On a technical level, civil servants from the Commission and national administrations interact even more frequently than ministers. They meet in the framework of a specific working party set up solely for the purpose of shadowing the Commission in the Brexit negotiations.

This format ensures that key civil servants and technical experts of all remaining EU member states are regularly updated, particularly before and after each negotiation round.

This underscores that EU member states closely follow the Commission’s every move. Importantly, this is not limited to Spain, Cyprus or Ireland, all of which have a keen interest concerning one particular aspect (Gibraltar, Sovereign Base Areas, and the border).

Rather, all member states have big stakes in these negotiations, which makes Brexit just about the least promising case for the Commission to wield influence over the final deal.

Last but not least, any agreement will need the consent of the European Parliament (EP). The EP has set up a high-profile Steering Group that coordinates its effort to exert influence over the negotiations.

To that end, it has adopted four resolutions and drawn up its own red lines. This further reduces the scope for the Commission to shape the deal.

While this shows the multitude of actors involved, it is worth pointing out that in its initial negotiating directives, the Council clarified that it considers the negotiations to operate under an ‘exceptional horizontal competence’ provided by Article 50.

This means that, whatever the final deal, it does not need the consent of national or even regional parliaments on the side of the EU.

Let me end this post on a positive note. I am convinced that the vast majority of citizens on both sides of the Channel acknowledge that an adversarial relationship between the UK and EU is in nobody’s interest.

Similarly, while these are high-stakes negotiations where every side wants to keep concessions to a minimum, I am convinced that UK and EU negotiators on all levels are working in good faith towards a deal that they perceive to be in both parties best interest.

The same persons finding themselves on opposite sides of the negotiating table now have been forging a relationship of trust and sincere cooperation for decades.

The EU may ultimately even accord some ‘special’ status to the UK given its size and unique international standing, even though the final deal can obviously not be as tipped in the UK’s favour as Brexiteers hyperbolized in the run-up to the referendum.

There is no reason why the officials conducting the negotiations should be distrusted. Whatever the outcome, everyone should give it a fair chance irrespective of how they voted in the Brexit referendum.

It may just be the only deal acceptable to all parties involved.

By Dr Markus Gastinger, lecturer in International Politics at the University of Dresden, Germany.