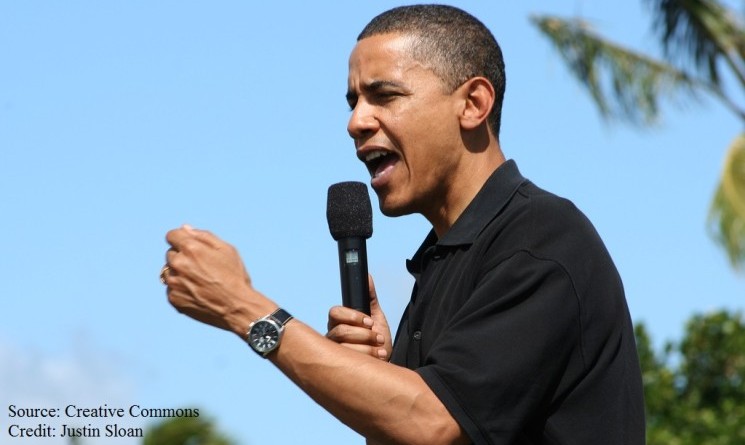 President Obama’s visit to the UK has stimulated considerable comment on what the implications of Brexit would be for the UK’s ‘special relationship’ with the United States. Also, more generally, it has prompted a similar discussion on the consequences for Britain’s global role.

The United States has already made its concerns clear: Obama administration officials, former Treasury Secretaries, and security and defence commentators have lined up to express their concerns and to tacitly, or actively, urge the UK public to vote to remain.

A primary concern of these interventions is that the UK exiting the EU would add to the existing migration crisis, and to Europe’s current economic difficulties. It might also act as a trigger causing the European integration project to unravel, and thus create a more general security crisis. This would then require the attention of the United States.

Less dramatically the UK’s referendum vote has the potential to disrupt two upcoming and long-planned major events concerning the future for European security.

The North Atlantic Treaty Organisation (NATO) will meet in Warsaw for a gathering of Heads of State and Government on 8-9 July. NATO summits are intended to be landmark moments for the alliance and are held to mark new directions or set new priorities for military cooperation. The last summit took place in Newport in the UK in September 2014.

The key agenda items for discussion at the Warsaw summit are Russia and the so-called Islamic State. The themes of the summit are intended to be ‘strengthening’ and ‘modernising’. NATO will update its existing approaches to defence and deterrence (primarily in response to Russia, which is now viewed as a competitor to the alliance) and this will include a commitment to enhance the presence of forces in the member states that border Russia. The summit will also grapple with the question of how NATO might involve itself with the war against Islamic State, where it has been largely absent to date.

Concern that a Brexit vote might derail and disrupt the business of this NATO summit was a major topic of debate at the GLOBSEC gathering – a meeting of over a thousand defence and security experts held in Bratislava last weekend.

Second, the UK’s EU referendum on 23 June also coincides with a meeting of the European Council, (a gathering of the EU’s Heads of State and Government) which has on its agenda the new ‘EU Global Strategy for Foreign and Security Policy.’ The Global Strategy is the outcome of a large-scale process of reflection and discussion to identify the major challenges for the EU in its international relations, and to set the agenda for how these should be developed. It will replace the EU Security Strategy which has been in place in 2003 and which has become irrelevant in light of the changes in Europe’s neighbourhood: following the failed Arab Spring and Russia’s invasion of Ukraine, and more generally with the rise of new international actors such as China.

Although the text of the Global Strategy has not yet been released, the analysis that has underpinned its drafting has been made publicly available. The document identifying the challenges that the EU needed to address in its new strategy makes for sobering reading. As it highlights, ‘[the EU’s] security environment has deteriorated significantly, with both the eastern and southern neighbourhoods unravelling. The growing number of fragile states, coupled with the spread of new technologies, the pressures of climate change and the scarcity of natural resources could unleash new conflicts in Africa and Asia. Multiple narratives and currencies of power question traditional multilateralism without providing new answers to global governance.’ This is in marked contrast to the wording that opened the EU’s 2003 Security Strategy, which read, ‘Europe has never been so prosperous, so secure nor so free. The violence of the first half of the 20th Century has given way to a period of peace and stability unprecedented in European history.’

A key theme of the debate on the Global Strategy has been that the EU is now part of a more connected, more contested and more complex world. The Global Strategy is intended to highlight how the EU should respond to these challenges in terms of strategy, policies and resources. It will give shape and substance to ideas about how the EU should develop its international role and responsibilities in the short and medium term. It should be viewed as the start of a process, rather than an outcome, for the EU. A Brexit vote would throw this carefully prepared strategy into a state of confusion at its birth.

It is rather unfortunate that the two key European security organisations, the EU and NATO, should both have important events scheduled to coincide with the outcome of the UK’s referendum. The coincidence looks to be an unwelcome one for both organisations, distracting from the forward-looking message that both the Warsaw Summit and the June European Council are intended to convey.

If the public votes for the UK to exit the EU, the two gatherings would provide opportunities for swift deliberation and response by the European and North American political leaderships. Should the UK vote to remain in the EU, it can be expected that the UK Prime Minister, while being congratulated on the result, will also be expected to demonstrate that Britain has moved from being a cause of concern for Europe’s security, to being a net contributor.