‘The economic case for Brexit’ five years on 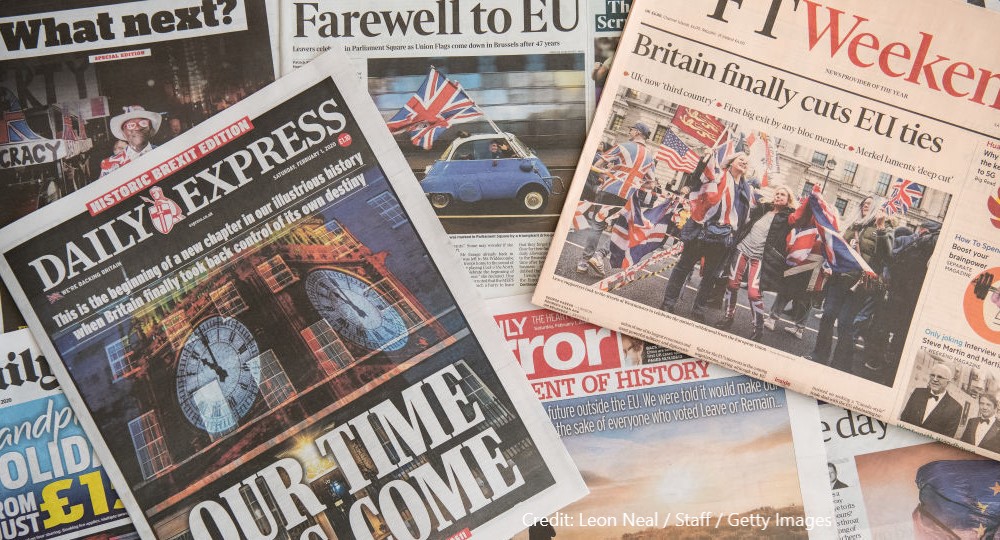 Five years on from the 2016 referendum, what have we learned about Brexit?

In the piece I wrote for this site back then, I highlighted weaknesses in economic modelling of Brexit impact. In later studies, the techniques became more sophisticated, but many of the same problems remained.

Variables were omitted, or assumed to be of only marginal significance, therefore biasing the results and over-exaggerating costs.

Why, since Brexit was intended to allow the UK to ‘take back control’ and do things differently, were potential gains from changing economic policy not included in assessments?

And why were potential gains from new trade agreements with non-EU countries largely ignored in the calculations?

Trade volumes declined sharply in January 2021, caused by increased trade frictions following the end of the transition period and as a natural consequence of former stockpiling.

Trade has recovered somewhat in the subsequent three months, with exports to the EU rising by 7.6%, imports falling by 12%, and the UK’s trade deficit with the EU narrowing. In fact, trade volumes with the EU are higher in April 2021 than 12 months previously, but lower than in March 2018.

The problem in interpreting this data is the Covid-19 effect. Given restrictions in economic activity and an economic downturn, trade volumes were almost certainly going to be lower than the pre-pandemic period, irrespective of any Brexit effect.

Similarly, it is not too surprising that trade is higher in April 2021 than a year previously, when all trading partners were suffering their own first wave pandemic lockdowns. Consequently, it is currently too difficult to isolate Brexit-related trade effects from pandemic impact.

Certain sectors do appear to have particular concerns – most clearly (processed) food and live animals – whilst there are anecdotal reports of non-tariff barriers not compliant with trade agreements. Technical compliance resolution is required to prevent temporary (transitional) problems becoming structural.

For a nation with a reputation for competent governance, the UK performed badly in Brexit diplomacy.

One problem was that UK policy makers were not prepared for the Brexit result, and hence were slow in framing the narrative.

This allowed the EU to set the negotiating agenda, complete with sequencing and an insistence that all discussions were channelled through Barnier and the Commission, thereby limiting negotiating flexibility.

The UK was also slow to identify its preferred Brexit outcome. This was perhaps predictable, given that the majority within Parliament, and the Prime Minister herself, had supported the ‘Remain’ position.

Had the UK coalesced rapidly around a simple free trade agreement, it is likely to have been accepted by the EU and saved everyone three painful years.

The resulting deal is also sub-optimal for both sides, because there remain a lot of loose ends still to resolve, including regulatory equivalence in certain areas and the position of Northern Ireland.

This was always likely to be the most intractable problem, with both sides determined to protect the integrity of their internal markets.

Differences in standards, regulations and/or customs duties would normally be resolved through border checks. However, the Good Friday Agreement, whilst not expressly prohibiting this option, makes it politically sensitive.

The EU has never contemplated following UK standards, whilst the UK does not wish to have withdrawn from the EU only to find itself still bound by its rules.

The ‘backstop’ was overwhelmingly rejected by parliament for the UK for the same reason.

Smart border technology could avoid the need for physical border infrastructure, but was rejected by the EU as ‘magical thinking’.

The eventual solution, grudgingly accepted by the UK – that of Northern Ireland effectively remaining part of the Single Market and the erection of a border in the Irish Sea – is hardly sustainable in the long run, without triggering social unrest. It is disingenuous to pretend otherwise.

Trade deals are complicated, but achievable

Claims that trade deals take six or seven years, and therefore don’t need to be factored into economic calculations, have proven predictably false.

Since the UK left the EU single market and customs union on 31 December 2020, trade deals have been reached with Japan, Australia, the EEA nations and the EU itself, together with continuity agreements with a wider set of countries. Mutual recognition agreements have also been signed with the USA and New Zealand.

So, where does that leave the economic impact of Brexit?

Put simply, it is still too early to identify clear Brexit effects.

In the middle of the Covi-19 pandemic, it is impossible to filter out all other ‘noise’ and isolate any Brexit effects. Longitudinal analysis may eventually be able to filter out the ‘noise’ from this calculation, but it cannot do so yet.

Those commentators that claim to have done so are perhaps confusing correlation with causality, as pandemic effects dominate any measurable Brexit impact.

Moreover, as mentioned earlier, design flaws have meant that predictions made by many economic studies have been proven to be wide of the mark.

Therefore, we are left with our best guesses. Mine are largely unchanged from five years ago.

I expected some trade-related costs, in the short term, due to supply chain adjustment and friction from non-tariff barriers. Some of this will fade over time, but not all.

The greatest gain, however, could emerge from the greater policy flexibility if the UK Government uses this wisely; turning a (probably small) net cost into a (probably moderate) net gain.

This policy agenda is still being formed, and it is likely to determine the nature of the ultimate Brexit impact.

By Philip B Whyman, Professor of Economics and Co-Director of the University of Central Lancashire Research Centre for Business, Management and Enterprise.