Economic consequences of Brexit for firms and people in Northern Ireland 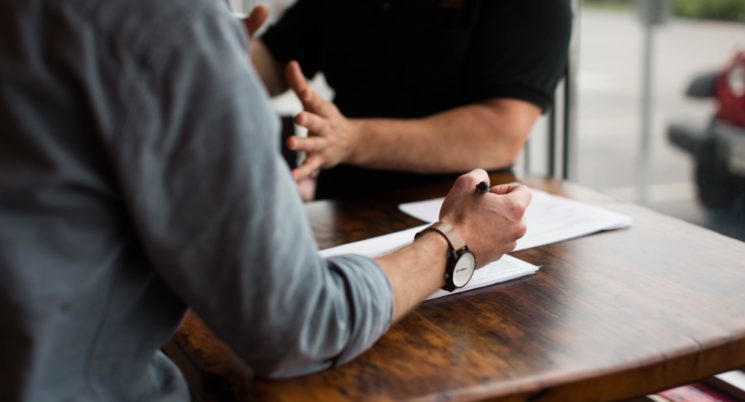 With the current state of negotiations between the UK and the EU it is easy to see why attention is focussed on the politics of a possible agreement.

The contentious issue is, of course, that of the Irish border.

However, the focus on the politics means that there has been little discussion of the economic impacts, and specifically of the vulnerability of the Northern Irish economy to the decisions being made.

Now, even prior to the 2016 referendum Boris Johnson made it clear that, from his perspective, the decision to leave the EU was all to do with politics, and he was repeatedly dismissive that there would be negative economic consequences.

He argued that “the economic advantages for Britain [of being in the EU] are either overstated or non-existent” and that “we will trade as much as ever before, if not more”.

The logical corollary of this argument is that leaving the EU, by leaving the customs union and the single market, would have a negligible impact.

I have just been to the island of Ireland, and it is quite clear that businesses and stakeholders do not remotely buy into this story.

What many commentators have been saying for a long time is that there are only two solutions to the problem of maintaining no border and no customs checks between Northern Ireland and the Republic of Ireland.

Either the whole of the UK remains in the customs union and single market; or only Northern Ireland remains in.

Worryingly it is still not clear how well this has been understood by those negotiating supposedly on behalf of the UK, who seem to think a workable solution could be found with just Northern Ireland in the single market, but out of the customs union together with Great Britain.

Indeed, Johnson’s deal, announced with such excitement late last week, appears to be based on a fudge whereby Northern Ireland is in both a customs union with Great Britain, and in the EU’s customs union.

Worrying too is the lack of discussion about the economic consequences for Northern Ireland.

All of the above outcomes will directly increase the costs of trade for firms in Northern Ireland – either with Ireland or with Great Britain or with both.

And as unlikely as it seems at present, if the deal falls through, the costs of exporting to Ireland will rise even more, while at the same time Northern Irish firms will be exposed to considerably more competition from imports arising from the UK government’s no deal tariffs.

A large share of Northern Ireland’s sales are either to Great Britain or the Republic of Ireland.

This makes the Northern Ireland economy vulnerable to disruptions to those linkages.

Meanwhile a high proportion of those sales, in particular with the Republic of Ireland, are carried out by small enterprises.

This means that the negative impacts of the likely disruptions will affect a wide range of businesses and their workers.

This is compounded by evidence which suggests that few firms, especially the smaller firms have started to prepare for Brexit.

The latest All Island Business Monitor finds that only 11% of firms have made preparations for Brexit, and this is driven by a combination of two factors.

First, there is so much uncertainty about the form Brexit might take that firms do not know quite what to prepare for.

Second, many firms simply lack the human and financial resources to devote to that preparation in such an uncertain environment.

Next, a high proportion of trade is carried out by firms with low profit margins and low sales growth, and potentially therefore ‘at risk’.

The sectors which are highly traded (46% of Northern Ireland’s exports to Ireland are in food, drinks and tobacco, as are 36% of imports) are also sectors which are vulnerable to tariff change – be this from leaving the EU custom union, or in the event of a no deal.

If Johnson’s deal goes through the concern is that the application of EU tariffs would make Northern Ireland firms uncompetitive, while in the event of a no deal Brexit the highly liberalised tariff regime proposed by the UK government is likely to have a substantial impact on the competitiveness and viability of firms in Northern Ireland – notably in agriculture and foodstuffs, but in other sectors too.

These concerns are both immediate but also longer term.

The immediate short run, (which in the event of no deal is the very short run) impacts mean that the changes in the costs of selling and buying from the Republic of Ireland, from Great Britain, and from the rest of the world will make Northern Irish firms less competitive and less able to survive.

For example, analysis of a no deal Brexit by Northern Ireland’s Department of the Economy suggests a possible decrease in exports of between 11% to 19%, and up to 40,000 jobs being vulnerable.

45% of firms surveyed in Ireland and Northern Ireland stated that Brexit was one of the top issues they are currently facing.

But there are also serious longer term concerns.

A key driver of prosperity and economic growth in any region or country is the underlying physical and human capital.

With regard to the former the worry is that Brexit will cause a ‘brain-drain’ to the extent that economic opportunities diminish in Northern Ireland.

Any increase in tensions, any rise in security issues, is likely to exacerbate this.

With regard to the latter, there may be an overall decline in investment and/or there will clearly be an incentive for some firms to relocate into the Republic of Ireland to avoid the higher costs of trading from Northern Ireland.

So while the politics matters, and nothing can be agreed unless the politics aligns, it is important not to forget the economic realities that will be faced by the firms and people in Northern Ireland.

It is not the case that the impacts will be negligible or non-existent.

The consequences will be real, and potentially very long-lasting.

Yet, it does not seem that this is a high consideration or priority for the UK government because of the domination of the political imperatives.

By Michael Gasiorek, Professor of Economics at the University of Sussex and a Fellow of the UK Trade Policy Observatory. This piece was originally published on the UKTPO blog.