The economic impact of Brexit: the benefit of hindsight 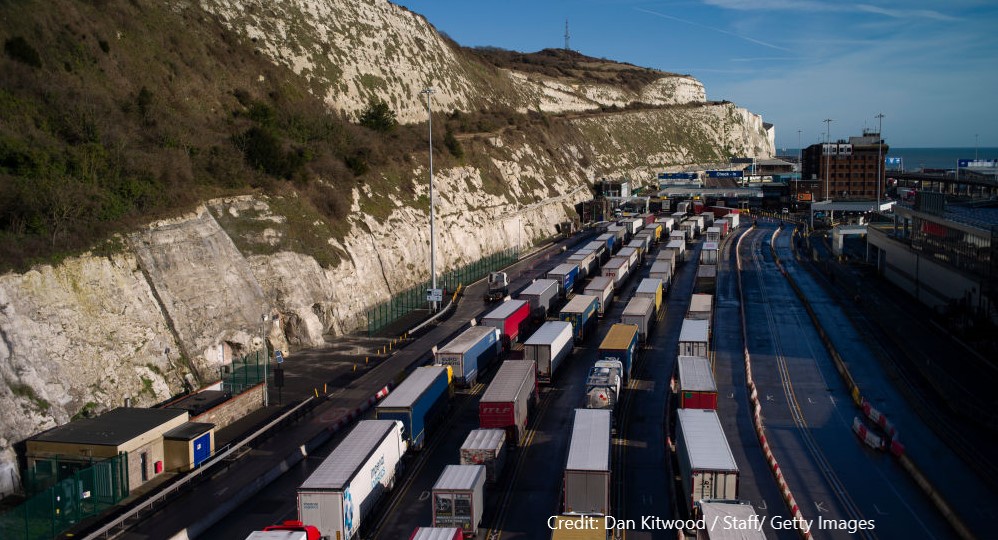 Before the 2016 referendum I had the great pleasure of being part of the UK in a Changing Europe’s ‘Gang of Four’. We toured the country taking part in public meetings at venues ranging from town halls, churches, universities and even a prison – offering our tuppence worth on the possible economic impact of Brexit.

My job was to present the economic evidence in a balanced way. In the wider team, an informal division of labour emerged with two economist colleagues: Jonathan Portes took on the economics of immigration, and Iain Begg was the undisputed EU budget expert.

For varying degrees of clarity and success, I made the case that there would be an economic cost of Brexit, in terms of lost national output over five to ten years. The main line of argument was that Brexit would lead to greater frictions on trade and investment.

I also suggested that the economic impact would be particularly significant for the City and, perhaps paradoxically, the greatest consequences might be on the UK’s internal borders rather than its external borders.

So with hindsight, how did we do? I think the fairest record is a short note that I co-wrote with Jonathan one month before the Referendum called The Economic Consequences of Leaving the EU published in the National Institute Economic Review (NIER).

The issue was dedicated to the Referendum, and we were the editors. Table 1 has a range of potential losses from leaving the EU under different future economic and political arrangements that I considered to be technically defensible. 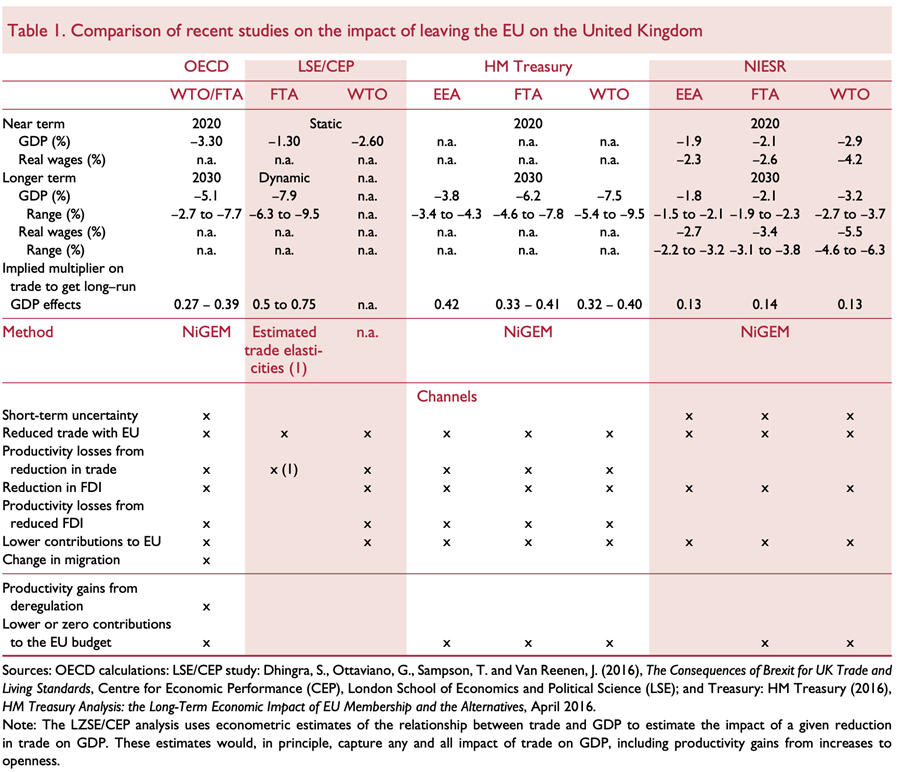 Reproduced from National Institute Economic Review, No. 236, May 2016

The NIESR results were estimated using a well-known gravity equation models, where the amount of trade between two countries depends on size, the distance between them and trade arrangements, alongside a host of other less relevant factors.

The estimated loss was between 1.5% and 3.7% of output, depending on the exact makeup of the future trading arrangements.

These estimates did not include the consequences on productivity growth or lower immigration. Other institutions, notably the Treasury and Centre for Economic Performance, included estimates for the productivity impact resulting in much higher estimates.

Five years on, I don’t think there is any doubt that Brexit has had a negative economic impact on the UK. How much is hard to tell, because many things have happened, and it is difficult to neatly disentangle the Brexit cost.

Perhaps the best estimate of the lost national output before Covid-19 struck is by the Centre for European Reform, who estimated a loss to June 2019 of 2.9% of output.

It is still early days since the transition period ended, but our trade with the EU has been much weaker than for other countries. This suggests that the total costs might be considerably higher than anticipated five years ago.

Two other points I made in the paper are worth highlighting. First, at the time there was quite a discussion about the consequences for the City of London. The question was whether the UK could negotiate permanent passporting rights.

This was a pipe dream, and the UK has effectively ended up with a ‘no deal’ Brexit as far as financial services are concerned.

The equivalence regime that we now rely on – resting as it does on the Commission’s unilateral decisions – is a poor cousin of passporting, and has had a cost in terms of Euro denominated business leaving London.

There is a long way to go and the City will no doubt evolve, but this is still high value net export business to have lost.

Second, the consequences of Brexit might have a bigger impact on the UK internal borders than its external borders.

The idea of London bargaining in trade negotiations with devolved powers was never going to sit well across the Union. We don’t know how this will end, but there has to be some constructive engagement at some point.

What about after the Referendum? In January 2017 Theresa May made it clear any further involvement from the European Court of Justice was a ‘red line’ for the UK.

From this point on a hard Brexit was the most likely outcome, as I wrote here. Despite many, many turns, the rest, as they say, is history.

I should add that the idea that there would be an economic cost to Brexit was widely shared by many economists in academia, Government and the private sector – most of whom at least provided some numerical evidence to support their arguments.

Should this be marked down as a victory for economics? I think the short answer is probably yes, but perhaps this was a pyrrhic victory. The answers to the questions that we set ourselves have largely been borne out. But were they the right questions?

An unresolved issue is why so many people appeared to vote for a policy which would apparently make them poorer. One view is that we, the economics profession, failed to get our message across.

Perhaps, instead, it was the message itself. Economists had little impact on the debate because we simply answered the wrong question. We answered the question we have the techniques to answer, but we ignored citizens’ real questions.

We answer ceteris paribus, all else equal, questions and compare the outcomes. But this was not really the question on the ballot paper. For many the grim reality was more of the same or the chance to kick the table over and see what happens.

Thiemo Fetzer wrote a great paper showing how six years of austerity had influenced political preferences in favour of nationalist parties, which may have translated into Brexit votes. Within days the old guard had left power and austerity was at least diluted.

We are also obsessed with national income as proxy for welfare. My colleague Dennis Snower at Rebuilding Macroeconomics and Katharina Lima De Miranda now have estimates across many countries combining prosperity, solidarity, agency and environmental concerns. Their latest paper is here.

Before the Referendum aggregate prosperity was rising but measures of social solidarity and agency were falling. Perhaps there is more to life than money after all.