Economists will have the last laugh over Brexit 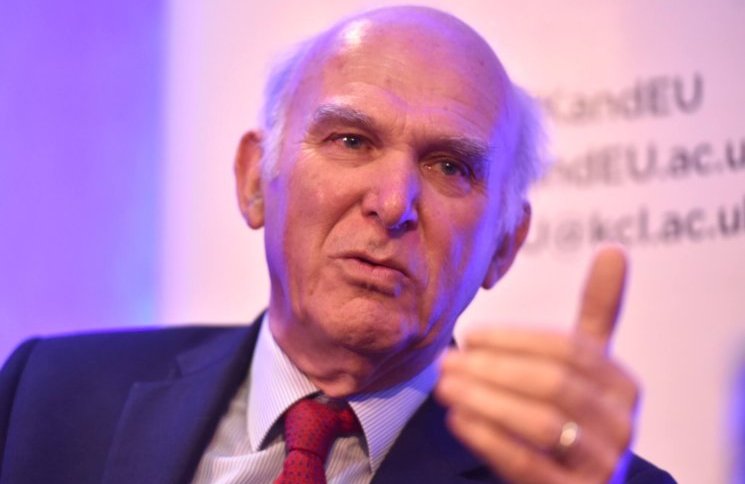 As someone who has travelled from economics to politics and back again I am aware of the risks of cross-contamination. Economics as a profession has been infected by public scepticism as a result of politicians misunderstanding or misusing forecasting models, usually by failing to spell out the assumptions and qualifications behind them.

Economists in the Treasury, Bank of England, IMF and OECD are now among the reviled and ridiculed “experts” who “got it wrong” and failed to understand how the optimism and willpower of the British public would triumph over the naysayers and Remoaners lurking behind those unpatriotic econometric equations. Actually, the equations said that “if X then maybe Y” not “Y will happen” but that was drowned out by the noise. As for ceteris paribus (other things being equal) — definitely lost in translation.

I sense that the gloomy economists may have the last laugh. There is now a better understanding of the post-Brexit economic miracle, putting aside carping details like the fact that Brexit hasn’t happened yet and won’t for two more years.

The predicted shock of the referendum result did happen but it was countered by prompt and welcome monetary easing by the Bank of England. A big devaluation also happened, around 18 per cent trade-weighted, which has stimulated some exports like tourism (Brexit brings in more foreigners!) but is now squeezing real incomes. There has been a helping hand from stronger global growth including from the supposedly doomed eurozone.

The big, unexpected story has been an acceleration of consumer spending. A sense of euphoria as a result of “national liberation” may have played a part, but the euphoria was fuelled by reduced personal savings and higher personal debt. In the last quarter of 2016 the UK savings ratio, savings as a share of disposable income, fell to a record low level of 3.3 per cent and there are growing indications of debt distress.

The banks haven’t yet got back to the heady days of a decade ago when a leading bank famously offered an unsecured £10,000 loan to a dog, but the low interest rate environment has certainly fuelled a boom in consumer credit.

Rising house prices, the other big prop to consumer spending, has also played its part. We are now at record multiples of loan value to income which is great for unmortgaged, older property owners like me, though a major deterrent to home ownership among the young and modestly paid. March data suggests that that market may now have passed its peak, at least in this cycle.

We have, of course, been here before. I managed to be very boring a decade ago by warning endlessly of the consequences of a boom underpinned by consumer debt, careless lending and high house prices. The financial collapse which followed was far worse than any of us predicted and its baleful consequences linger on in the form of historically cheap money and depressed living standards.

This time around there is unlikely to be a bank collapse since the banks have been better capitalised but this growth miracle will not end well, especially if the long period of life support on ultra-cheap interest rates comes to an end in response to rising inflation.

The consumer splurge and the decline in savings is reflected in the current account deficit running at 4 to 5 per cent of GDP, the largest of any of the leading 40 economies in the world except for Egypt. This deficit is matched by capital inflows but most of this appears to be finding its way into property or corporate acquisitions rather than new productive capacity.

Indeed, there is continued weakness in business and government investment. I see little sign that the animal spirits of investors have been excited by the prospect of Brexit. That is not surprising. Long-term, serious investors do not like chronic uncertainty and chronic uncertainty is now the dominant fact of business life.

Without investment in innovative technology, better infrastructure and skill development Britain will not be able to cope with the formidable demands to adjust and restructure which Brexiteers and Remainers both agree will be a consequence of new trading arrangements.

One positive sign is that Theresa May understands the need for a serious industrial strategy, building on the work we launched in the coalition to rebalance the economy towards tradable activities and long-term investment. However, not much is actually happening on the ground since the government is obsessed and paralysed by Brexit negotiations.

When Brexit comes we shall see one of the more extraordinary experiments in economic policy: a country deliberately raising trade barriers against its own exports by re-erecting non-tariff and tariff barriers that had been dismantled over many years. We do not yet know how far this exercise in self-flagellation will be taken, but economics does have solid theory and practical ways of measuring impacts which demonstrate that the creation of trade barriers inflicts costs which ultimately reduce living standards below what they would have otherwise been.

All those minus signs in the economic models will become real, though I doubt if the “experts” will be thanked for warning us.