Election manifestos: a mandate to get Brexit done? 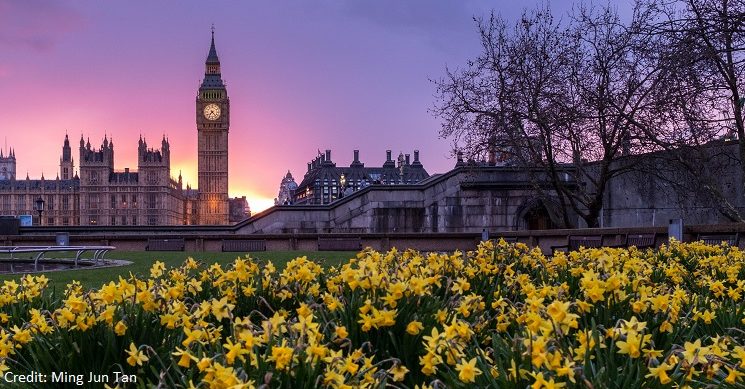 The pledges outlined in the election manifestos have been central to notions of a government’s democratic mandate in modern Britain.

They form a key part of the mechanism linking voters to policy outputs: political parties made certain promises, or at least proposals, in their election manifestos, and if elected they can be expected to deliver on these.

Likewise, the governing party can claim a clear democratic mandate to pass legislation which stems from its manifesto.

Moreover, they have developed a quasi-legal status since the 1940s, as the Salisbury Convention prevents the House of Lords from blocking policies outlined in the governing party’s manifesto (incidentally, however, it does not apply under the circumstances of minority or coalition government).

What matters in this context, though, is the degree of specificity in that manifesto pledge: a woolly promise might win voters over, but later, the winning party may find the strength – or clarity – of its democratic mandate to enact the subsequent policy questioned.

With this mind, it’s worth exploring the ways in which future relations with the EU are articulated in the Conservative and Labour election manifestos in 2019, and how these approaches develop or deviate from those outlined in recent elections.

While the Conservatives’ manifesto is notable for its repeated use of the phrase ‘Get Brexit done’ (which appears no less than 23 times) it is also remarkable for its lack of detailed discussion about what the next stage of negotiations with the EU will look like (other than it will not extend beyond December 2020).

Nor is there much sense of what a potential divorce settlement will entail, and attention focuses instead on the short-term objective of getting Johnson’s withdrawal agreement passed by Parliament.

The future free trade deal with the EU is passed over briefly and presented as part of a suite of deals to (ambitiously) be negotiated in the next three years, alongside agreements with the United States, Australia, New Zealand and Japan.

On the issue of trade, the manifesto does little to build on the 2017 document, which talked euphemistically of the advantages of Britain’s ‘soft power’ and historic relations with ‘old friends’ keen to pursue future trade deals.

May’s objective had been to win a clear mandate for her negotiation objectives in relation to EU withdrawal.

Her plans outlined in January 2017 included leaving the single market, a policy fundamentally at odds with that outlined in the party’s 2015 manifesto – and so it’s perhaps unsurprising that there was little consideration of the second stage of negotiations in the 2017 manifesto.

However, despite their other similarities, it is significant that discussion of regulatory alignment with the EU and the replication of existing EU free trade agreements, which had been a significant feature of the 2017 manifesto, does not feature in the 2019 edition.

In one sense, the lack of specificity on these issues is an advantage for a government seeking to restore its parliamentary majority and avoid the manifesto controversies which plagued the 2017 campaign.

However, the lack of detail also means the manifesto provides an uncertain mandate for the next stage of the negotiations – which could spell trouble further down the line.

Labour’s 2019 manifesto, by contrast, outlines a series of objectives for any future trade deal with the EU, including the protection of with workers’ rights and safeguarding environmental standards.

It is claimed that a new deal will be established with the EU on these terms, which will be put before the British public against a ‘Remain’ option within a matter of months.

This is arguably a significant change in approach from the 2017 manifesto, which stated that ‘Labour accepts the referendum result’ and did not refer to the prospect of a future second referendum.

While the Labour manifesto does spell out the party’s future negotiating objectives, it does not really establish any clearer a mandate for EU policy over the course of the next Parliament than the Conservatives’ manifesto.

Indeed, if Labour is to form the next government it is likely to do so as a minority administration or in a coalition, which would mean that its manifesto commitments are likely to be superseded by a governing document of a kind produced by the Conservative-Liberal Democrat coalition in 2010.

Moreover, the plan to develop a new deal and have an informed discussion of it with the public within a few months of coming to power appears highly ambitious.

Presumably, the result of a prospective 2020 referendum would be deemed to represent the ‘will of the people’ – obviating the need for a detailed discussion of long-term objectives towards European relations in the manifesto.

One of the key problems with the 2016 referendum was that the rival campaigns were not required to produce detailed programmes outlining their objectives for future relations with the EU.

This contrasted with the 2014 Scottish independence referendum, where the SNP-led Scottish government had produced a 670-page White Paper several months in advance of the vote.

This was arguably to the detriment of the independence campaign, as its opponents were able to use the document to question the realism of the SNP’s proposals.

While subsequent general election manifestos have provided an opportunity for the main political parties to elaborate a clearer basis for their future policies towards the EU, in practice they have been motivated largely by short-term objectives, often leading to vague statements of policy.

If any party wins an overall majority, their manifesto will provide an uncertain mandate for changing EU relations over the next five years, however much they may wish to ‘Get Brexit done’ in their different ways.

By Professor David Thackeray and Professor Richard Toye from the University of Exeter. This article builds on research for a book on this subject which is forthcoming with Oxford University Press.