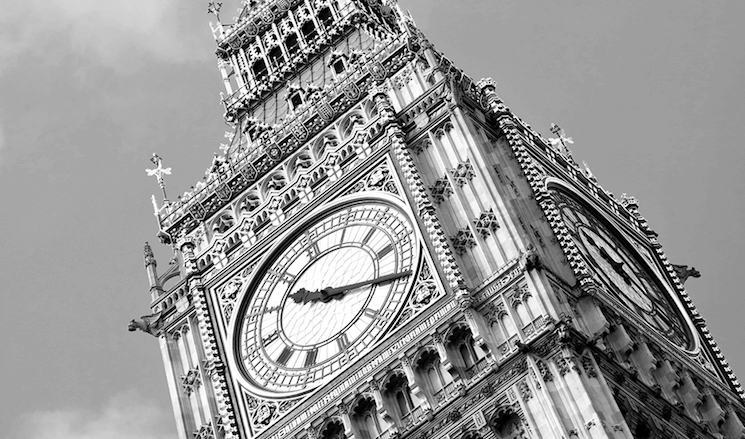 Since the EU referendum, party politics has undergone considerable change. Each of the three political parties that are currently the most popular in the opinion polls – the Conservatives, Labour and the UK Independence Party (UKIP) – have held leadership elections. While the Conservatives replaced David Cameron with Prime Minister Theresa May, Labour re-elected Jeremy Corbyn and UKIP – who held not one but two leadership elections – finally settled on Paul Nuttall, a northerner and long-time deputy to Nigel Farage.

While Labour’s Corbyn was the only leader among the top three to survive the year, there have since emerged big questions about his party’s ability to survive as a competitive opposition party. To assess the scale of the challenge that faces Labour, it is useful first to recall the reality that met the party after its defeat at the 2015 General Election. That earlier contest saw Labour reduced to only one seat in Scotland, barely 30% of the national vote and 232 seats in the House of Commons – its lowest number of seats since 1987 and third-lowest since the 1930s. In the aftermath of Labour’s defeat, which paved the way for Corbyn, analysis revealed that, unless Labour dramatically reversed its situation in Scotland, to stand any chance of winning a majority at the next General Election it would need a poll lead of at least 12.5 percentage points. To put this challenge in perspective, in late 2016 Labour is typically 12-16 points behind the incumbent Conservative Party, which since the referendum has enjoyed strong poll leads. The prospect of a Labour majority at the next election is therefore very slim. Additional pressures have also started to bear down on the Labour Party – far more than at any other time in its history. These challenges also throw light on how British politics more generally has been evolving since the referendum.

First, it has been estimated that nearly 70% of Labour-held seats voted for Brexit, with industrial, northern and economically left behind seats leading the way. That an estimated 70%+ of voters in Labour constituencies like Kingston-upon-Hull East, Stoke-on-Trent North, Doncaster North, and Walsall North opted for Brexit, while over 70% of voters in Labour constituencies like Hornsey and Wood Green, Streatham, Hackney North and Islington North opted for Remain, exposed a deep and widening divide in the political geography of Labour support. This tension between working-class, struggling, eurosceptic and anti-immigration and more financially secure, middle- class, pro-EU and cosmopolitan wings poses strategic dilemmas for Labour, and provides opportunities for its main rivals.

Labour’s chief rival, the governing Conservative Party, is enjoying a new period of dominance. Aside from a near-record lead in the polls and despite infighting among some Conservative MPs, in the wider political climate Prime Minister Theresa May and her government are in a strong position. According to August polling, May is seen far more favourably than Corbyn among almost every group in society, holding leads over Corbyn of 57 points among pensioners, 26 points among 50-64 year-olds, and 17 points across every social class. Only among 18-24 year-olds – who generally vote in lower numbers – and voters in Scotland, where Labour has fallen off a cliff, is Corbyn ahead. On issues, too, the Conservatives are dominant. Far more voters trust May and her government than Labour on the economy, Brexit and immigration, all of which are guiding concerns for voters. Unsurprisingly, therefore, were a General Election held tomorrow, forecasts suggest that Theresa May would be handed a much larger parliamentary majority, perhaps of more than 100. Labour, meanwhile, could be reduced to its lowest number of seats since the 1930s.

But it is not only the Conservatives who are causing Labour problems. Two smaller parties are each, in their own ways, posing a challenge in Labour seats. Since the referendum, the populist right UKIP has continued to attract more than one in ten voters in polls. Its new leader, Paul Nuttall, has now declared his intention to target northern Labour seats. UKIP is already entrenched as the second party in 44 Labour-held seats, and will now be looking to target seats where a large majority of voters endorsed Brexit and Labour’s majority is within reach. Examples include northern seats like Hartlepool, Heywood and Middleton, Mansfield, Stoke-on-Trent and Great Grimsby, and Dagenham and Rainham in outer-east London, although it is important to note that even here UKIP’s grassroots organisation remains weak.

Labour’s dilemma is magnified by a simultaneous problem at the other end of the political spectrum, namely a resurgent Liberal Democrat party. Fresh from their win at the Richmond Park by-election in December, the Liberal Democrats are looking to capitalise on angst over Brexit among pro-Remain voters (although some, like Anand Menon in the present report, are more cautious about the wider implications of the result). That the Liberal Democrats were able to take Richmond Park from the Conservative incumbent Zac Goldsmith, while Labour failed even to make the 5% threshold, is a further warning shot to Corbyn.

Should the Liberal Democrats, rather than Labour, manage to project themselves as a ‘new’ political home for Remainers who loathe Brexit and the Conservative Party, but also despair of Corbyn’s leadership, then in some seats this holds the potential to divide the more socially liberal and Remain-focused group of voters, at the same time as UKIP is trying to win over working-class voters who used to support Labour. In pro-Remain Labour seats where the Liberal Democrats are already second, Labour could find itself further squeezed by the beginnings of a realignment, in seats like Hornsey and Wood Green, Bristol West, Cambridge, Bermondsey and Old Southwark, and Cardiff Central.

Were the Liberal Democrats and their leader Tim Farron able to project themselves as the chief architects of a ‘Remain Revolt’, this could also cause problems for Conservative MPs in seats where a majority backed ‘Remain’ and Liberal Democrats have a decent presence. After Richmond Park, attention should turn to seats like Lewes, Twickenham, Kingston and Surbiton, Bath, Cheltenham, Cheadle, and Oxford West and Abingdon, where public disquiet over Brexit could cause problems for Conservatives with slim majorities. There are 17 Conservative seats where Remain won a majority at the referendum and the Liberal Democrats are already in second place. This is why a Liberal Democrat revival could impact on both Britain’s traditional main parties, although any such development would still leave Britain’s traditional third party a long way from its glory years in the late 1990s and early 2000s.

The year 2016 has taught us to be wary of predictions. It is extremely difficult to see through the noise of post- referendum politics. However, if movements over the past six months are anything to go by, it appears fairly safe to predict that volatility and change will remain firmly on the menu in 2017. A fresh set of local elections in the spring of 2017 offers a new chance to explore the direction of currents in party politics, especially as many will be held in traditionally Conservative southern areas as well as Labour areas in Wales. In addition, a parliamentary by-election in the northern Labour stronghold of Leigh, which Andy Burnham may vacate to become mayor of Manchester, will give observers a new opportunity to test the thesis that UKIP will cause Labour real problems in northern England. We will not have to wait long, therefore, for new evidence on the direction of post-referendum Britain.

Matthew Goodwin is a senior fellow at the UK in a Changing Europe, and a Professor of Politics and International Relations at the University of Kent.