Empathy, belonging and the UK-EU question 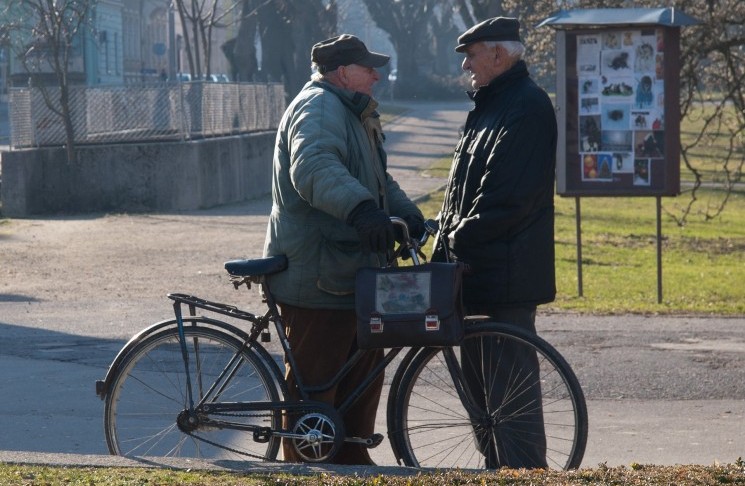 Cognitive neuroscience research on belonging has a lot to teach us on the fundamental processes that will make or break not only UK-EU relations but the entire European project.

Lessons from social and developmental psychology as well as cognitive neuroscience are relevant for understanding the relationship between the complex amalgam of peoples and cultures of the European Union. These insights can help us to understand the role that a sense of belonging to a sub-national, national, or supra-national polity plays, how it can be nurtured, and why it matters.

Those who feel that they belong to a group, and that the characteristics of that group mimic their own, are more likely to exhibit positive or pro-social behaviour both within and beyond their own social group. Indeed, imitation plays a key role in encouraging helpful or pro-social behaviour in the imitated person. Empathy, the process by which we infer and share the affective state of another individual, is essential for the effective emotional and social functioning of individuals. At a societal level too, how we can learn to empathise – to walk a mile (or kilometre) in the shoes of another – is perhaps the most significant question to be addressed in relation to future UK relations with the European Union, whether as a continuing member or as a future non-member state.

The urge to belong to a group is a strong human instinct. Sticking together has, of course, recognised real-world benefits. There is strength in numbers, especially when those numbers share values. From an evolutionary perspective, living in groups is viewed as central to our survival. Any threat of social exclusion is likely to be met with an ever-greater determination to tie yourself tighter to your own group.

Experimental studies from cognitive neuroscientists have even demonstrated that the pain associated with social exclusion and rejection activates the same brain regions as those responding to physical pain. Our feelings really can be hurt. We are hard-wired to avoid social exclusion. In a complex world from which many feel a profound sense of alienation, how we create and maintain the social ties that bind us is a question with important consequences for the process of integration and for the future of UK-EU relations. In short, how individuals learn to co-exist in social groups and how this can be facilitated has never been more needed.

From our earliest days as infants we begin to learn to imitate those around us.Imitation can have profound social benefits, contributing to the creation of a sense of group belonging. Mimicry demonstrates similarity – that I am just like you. It can also act as social glue – if I am like you, then you will like me and we will stick together. Values, rituals, beliefs and mannerisms – the norms of good group behaviour – are part of learning to become ‘one of us’.

Imitation and mimicry, beyond helping us to fit in and acting as social glue, also play a role in defining what it is to be a good group member. This learning of ‘integrative habits’ as a result of prior co-operation is a vital aspect of regional integration. Normalisation of the EU takes place as new rules and routines or integrative habits transform understandings of the place of the EU within the lives and imaginings of its citizens even at a non-conscious level.

Creating (or breaking) a sense of societal belonging is integral to the future of the European Union and the UK’s relations with it. Social cohesion is a major concern for all governments and policy-makers. At an individual level a sense of connectedness has been linked to well-being. At a societal level the question of belonging is important when we have distrust of immigration, fear of terrorism, and are conscious of internal divisions – between ethnic and religious groups, rich and poor – within the UK and across parts of the EU. What constitutes ‘us’ and ‘them’ in national and EU societies and how a sense of group belonging is constituted are key questions.

Even more important is our capacity to get into the minds of others, to understand what a sense of belonging means to different individuals, groups, and nationalities. Understanding why some individuals, groups, and nations are willing to engage more whole-heartedly in the EU project while others hold back is central to a smooth running European Union. Empathy with the experiences, desires, and demands of the mosaic of actors that constitute any polity – especially a multi-national, multi-level polity such as the EU – has a key role to play in creating the conditions for societal cohesion.

Empathy is an important feature in sustaining effective social interaction. Identifying shared ground is the bread and butter of daily living, while the ability to appreciate the emotional states of a counterpart deepens social relationships. Empathy for another’s happiness or suffering, from this perspective, depends on recognising that the other has a mind – effectively, the same capacity for thought, emotion, desire, intention, and self-awareness as ourselves.

Social context plays an important role in determining our ability or willingness to identify with others and to perceive them as equally human, or possessing of minds. We variably ascribe minds to others, and social stigma plays an important role in this process. Different groups of individuals, perceived as more or less human to the observer, have been found to elicit different neural activation patterns in the observer.

A complex relationship thus exists between recognition of another’s pain experience, the dehumanisation of others, and empathic processing. In a series of behavioural and neuroimaging studies, people from the most stigmatised (least ‘human’) groups failed to elicit the patterns of neural activity in observers associated with the understanding of others’ minds.

The parallels between these studies and the very different perceptions that have emerged, within and between EU member states, of the plight of refugees during the EU’s immigration crisis, for example, deserve further exploration. It is these empathic processes that oil the wheels of social relations, whether between individuals, or at an aggregate level between groups or states. Dehumanisation of others allows for the downgrading of their demands and a false perception of the virtue of one’s own position and vice versa. Demonisation of another, meanwhile, makes dialogue impossible. Learning more about empathic behaviours and about how to encourage and inculcate such behaviours in policy practice would have profound implications for future UK-EU relations.

Instead of trying to encourage ‘others’ to integrate wholesale and become more like ‘us’, perhaps more emphatic imitation of the previously unfamiliar group behaviour would encourage a greater sense of cultural sensitivity and of belonging on the part of the imitated. We might even reap the benefits of rising trust and of positive societal engagement from the hitherto dehumanised and socially excluded, for example immigrant populations.

Likewise, the greater willingness on the part of ‘others’, including other member states, to empathise with the very real fears of some UK citizens could go a long way towards creating more harmonious UK-EU relations and even towards harnessing aspects of a shared culture to this end. These insights provide potentially very important lessons for policy-makers at the national and EU levels seeking to inculcate a sense of solidarity and belonging – whether to avoid Brexit or to heal internal UK relations and facilitate ongoing UK-EU relations in its aftermath.

Laura Cram is Professor of  European Politics and senior fellow on the ESRC’s UK in a Changing Europe Initiative. This piece was originally published on openDemocracy.