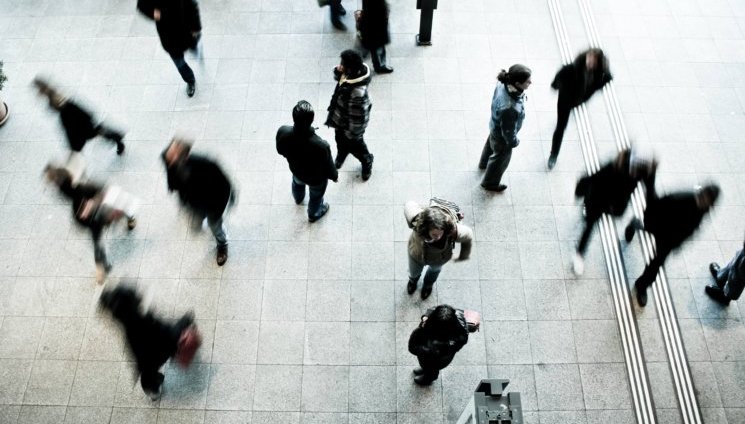 This is a result of a fall in the number coming to look for work and an increase in the number leaving, continuing a downward trend since June 2016. The number of citizens from the EU8 countries, including Poland, coming to the UK to work is now at its lowest level since accession in 2004.

This won’t be a surprise to employers, or to anyone who has spoken to one recently, who will see the trend as reflecting current uncertainty around the Brexit deal. We’ve spoken to many employers since the Brexit vote and uncertainty is an increasingly common theme.

Some employers are putting investment decisions on hold, while simultaneously current and potential EU migrants are considering what post-Brexit Britain may offer themselves and their families. Some are apparently not willing to wait for the Government to shed light on their future and have made their own decision to leave, or not to come.

In this fog of uncertainty over the UK’s departure from the EU, what employers want from new immigration policy is becoming increasingly clear. The CIPD’s latest Labour Market Outlook, also out this week, confirms what its earlier research, with NIESR, found almost a year ago.

This consistency in the message from employers is in contrast to continuing uncertainty over the Government’s immigration plans. So what do employers want, and is it reasonable? Shouldn’t they, as the Conservative’s manifesto advocated, be meeting their ‘obligations to improve the skills of the British workforce’ rather than recruit migrants?

Employers have a preference for free movement

First of all, most employers of EU nationals would prefer free movement to continue. This will surprise no-one since it’s been a relatively easy way to fill vacancies. It’s been particularly valuable to employers of lower skilled, lower paid workers where migrants from outside the EU have been employed for many decades – for example the food industry.

And it’s been a literal life-saver for the health and social care sector. The CIPD’s survey of more than 2,000 employers found some sectoral and regional differences in employers’ views on free movement, with employers in healthcare and private sector services more strongly in favour than in manufacturing and those in Scotland and London more strongly in favour than those in regions including the West Midlands, the North East and South East.

These differences may reflect varying ability to deal with restrictions or more confidence from some sectors and regions that the Government will come up with workable immigration policies.

They may also reflect a growing assumption that free movement will end, although when this will happen is still unclear. A ‘transition’ period will start in March 2019 during which free movement, with registration, will continue. But this is, as the Gov UK website puts it, ‘still subject to negotiations with the EU’.

They also want such a system to be simple, without the cost, red tape and delays of the current Tier 2 visa system. NIESR research both before and after the referendum has found that the only thing feared by employers more than an absence of applicants is a proliferation of red-tape. SMEs in particular are fearful of lengthy application processes and about what happens when posts need to be filled immediately.

It can mean an elderly person misses out on care, or fruit doesn’t get picked. The Home Office document on Immigration leaked over the summer suggested a policy requiring EU migrants to show proof of a job offer before settling in the UK.  Employers we’ve spoken to recently seem to find this acceptable, though it might include more use of recruitment agencies, with associated cost.

Regional or sectoral schemes are also not favoured by employers, although nearly one in five employers in Scotland would favour a regional system. Employers concerns about such arrangements include costs and complexity, especially for multi-site employers who value mobility across locations.

And to those responsible for designing the UK’s new immigration system, it’s important to re-state why it is that employers recruit EU nationals: consistently they say they don’t consider nationality when recruiting. They choose the best person for the job. The most common reason given by employers for employing EU workers is that there are insufficient local applicants.

Research finds this consistently, especially for recruitment to semi-skilled or unskilled roles. And as the CIPD’s surveys consistently show, this isn’t because employers are failing to train ‘home grown’ workers or using unfair recruitment practices.

In fact, those who employ EU nationals are significantly more likely than employers without EU workers to have invested in training and have a diverse workforce, including by age and ethnicity.

The UK’s training system needs an overhaul, particularly in hard to recruit sectors such as social care and hospitality. Jobs need to be made more attractive, with clear career pathways linked to qualifications.

But any attempt to use future immigration policy as a means to force employers to invest more in training and skills, or to increase participation of groups who are under-represented in the labour force is almost certainly bound to fail. These policy aims need to be achieved, but we shouldn’t pretend this can be done through a new immigration system.

The latest migration figures suggest that the principles of a new immigration system need to be agreed soon, much sooner than new training programmes and career paths can be put in place. If they aren’t, we can expect current net migration trends to continue in ways which could damage the economy.