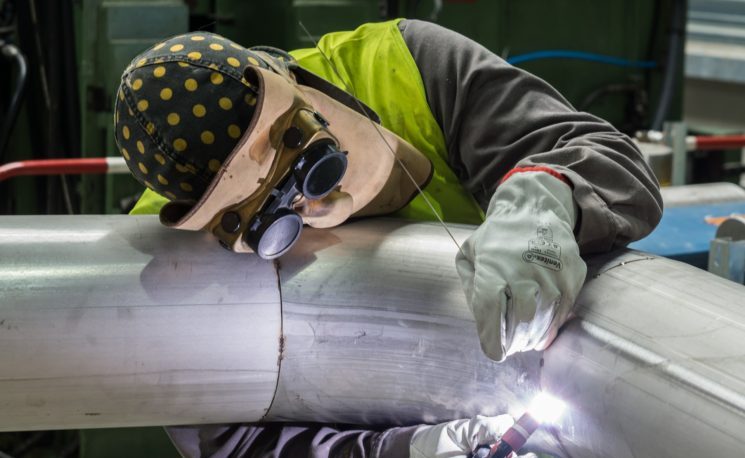 The referendum result took the nation by surprise. Among others, politicians and journalists voiced this collective shock, expressed by some as jubilation, by others as dismay and even by regret. Journalists talked of a country divided by Brexit and even of families and couples at breaking point over the result. But while we all have our own personal response to Brexit, for most of us it has so far made no difference at all to our daily lives. It will be next year at the earliest before Article 50 is activated and the process of change will be piecemeal and gradual.

But for some employers and for the EU migrants they employ, the impact of Brexit has been more immediate. Employers are dealing with their own shock, worried workers and concerns for the future of their businesses. In the three weeks following the referendum we spoke to 17 employers in the sectors of food and drink, hospitality and construction. Their responses highlight the need to involve employers in the formation of a post-Brexit immigration policy, and more immediately for an end to the uncertainty surrounding the rights of EU citizens to live and work in the UK.

Shock and horror at the Leave result

None of our employers had anticipated the outcome and said they had been surprised or even shocked by the result. Some described their response in strong terms, as frustration, disorientation, as devastation and even like bereavement. Some had immediate or short-term concerns for their business, including the viability of current business deals and on-going trade with the EU, while others were concerned about the possibility of imminent recession.

Employees were described as similarly shocked and surprised. Some British workers were described as ‘jubilant’, expressing this in ways which included wearing union jack earrings. But the general pattern was for British workers to be concerned about implications for the business, while EU migrants were concerned about their future. Workplace discussions were much livelier before than after the referendum, again reflecting surprise at the result and interest in the implications. This was expressed among EU migrants as worry on a scale for which employers were not prepared. EU workers were worried about their continuing right to live and work in the UK and whether they would be able to travel and return. Migrant employers were also inclined to see the result as an expression of anti-migrant feeling and said they felt ‘unwelcome’, ‘unsettled’ or ‘saddened’ by the result. The manager of a holiday resort chain stated:

‘The general flavour that I got back [from EU workers] was discontent, concern that English people do not like them being here and what is their future going to be’.

These feelings were reinforced by a marked increase in racist and xenophobic incidents across the UK following the Leave result. A number of employers reported such occurrences, usually involving verbal attacks from customers to staff. They included a cafe and restaurant chain which received five reported incidents in the two weeks following the referendum vote. In one such incident a customer told staff ‘I’ll come back to your store when it’s British’.

In the days following the Leave vote many employers send reassuring messages to their workers and made site visits. Lack of clarity from the Government on the post-Brexit rights of EU workers prevented reassurance of their right to remain, even though immigration experts believe that this will need to be guaranteed. One of the biggest lessons of the referendum involves the importance of being prepared. We are never inclined to prepare for something that we believe won’t happen, but it seems especially remiss of both employers and politicians that the immediate impact of Brexit on EU migrants was not considered. Six weeks later, they are still in limbo.

Employers felt that the Government should have been more prepared for the possibility of a Leave result but also regretted that they had not done more to communicate their concerns and perhaps influence the vote. Employers criticised representative bodies who had also failed to talk about Brexit implications because of fundamental disagreements over remaining or leaving. Added to this was an assumption that the Remain vote would win. The media showcased colourful individuals such as James Dyson and gave the voice of big business, leaving out smaller businesses and those in less prestigious sectors such as hospitality. Businesses spoke too much about larger economic issues, on GDP, share prices and large infrastructure investments. Consequently, interests were seen as remote and self-serving. There was almost no discussion about how the effect of Brexit on business might impact on individuals.

Beyond immediate concerns for their businesses and their EU workers, employers are worried about an end to free movement and want a say in future policy. Many employers in low skilled sectors rely on migrants – almost one in four workers in food and drink manufacturing is an EU citizen. It is hard to see how immigration can be reduced to levels apparently demanded by the public without incurring considerable damage to businesses and the economy. Opinion polls consistently show the public to be misinformed about immigration and there is scope for a more informed debate, including through better use of evidence and statistics. However, this is likely to take even longer than leaving the EU. Ignoring public opinion is likely to lead to further erosion of public confidence in Westminster politics.

We weren’t prepared for Brexit and few employers were engaged in debates at national or workplace level. To forestall further shocks and surprises, as well as damage to business, employers of all sizes and from all sectors need to be involved in shaping new immigration policy. British Future advocates a public conversation on immigration through a ‘bottom-up’ approach involving employers among others. Jonathan Portes suggests a public consultation on post-Brexit immigration policy coordinated by an independent body. Any such consultation should address the concern among employers about their future ability to recruit the labour they need. It should explain why and where we need migrants, and the alternatives. The referendum debate left many employers, as well as migrants themselves, out in the cold. We now need to look at the detail, to take account of all perspectives and develop a workable and fair immigration policy.