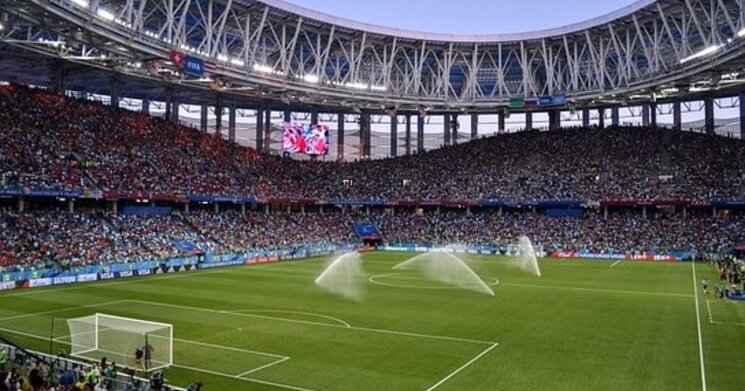 As arch Europhile President Macron celebrates France’s victory in the World Cup, it’s worth asking what the event says about English football, England, and perhaps the UK.

After France picked up the trophy, Croatia – one of the smallest and newest members of the EU – came second, and Belgium – the ‘home’ of the EU – beat England for third place, it’s clear that Europe is now dominant in world football.

On England’s fourth place it’s possibly worth remembering Bill Shankly’s comment that “If you are first you are first. If you are second, you are nothing.” What he’d say about celebrating coming fourth can only be wondered about.

Looking at the squads of the teams that came back with medals – gold, silver or bronze – some things stand out. First, they are a remarkably cosmopolitan group. The French team’s players are based across the EU in France, England, Germany, Spain and Italy.

The Croatian team play their football even more widely in France, Monaco, Belgium, Russia, Germany, Spain, England, Ukraine and Austria. This diversity is in sharp contrast to the England team, all of whom are based at home.

Exceptions like Gary Lineker, Chris Waddle, Steve McManaman and Kevin Keegan add weight to Ian Rush’s famous comment that playing in Italy was like “playing in a foreign country”, supporting the impression that for many in Britain ‘foreign’ is somehow ‘alien’. This has not always been something that affects Welsh players, with Wales matching England in successful footballing exports from John Charles to Gareth Bale.

Peniel Joseph of the Centre for the Study of Race and Democracy at the University of Texas at Austin makes an important point when he highlights the importance of recent migrants to the success of the France and Belgium teams.

In the world of Brexit, it is worth flagging the contribution of second generation migrants from Cameroon, Democratic Republic of Congo, Guinea, Mali, Angola and Algeria through players like Mandanda, Pogba, Kante, Matuidi and, of course, Mbappe to France’s success.

Although countries like Nigeria and Jamaica feature in the background of the England’s players, their numbers were far less, and sadly the media abuse of players like Raheem Sterling far greater.

Despite the deep disappointment when England lost to Croatia, it was possible to discern a coming together across the country. The bitterness shown in the past between fans and players was nowhere to be seen.

When Wayne Rooney in 2010 commented “nice to see your own fans booing you” it reflected a deep divide between the team and the country.

In part this difference was because of lowered expectations, skillfully cultivated by the FA and the manager. This was no golden generation failing to perform. Rather like the country post-Brexit, not even ardent fans talk of an easy victory now.

When Donald Trump reports that the Queen says that Brexit is proving more complex and difficult than expected, Theresa May must feel a bit like Wayne Rooney in 2010.

The coming together through the team had another key feature: the team was young, the youngest to represent England at a major tournament. The divide that grew between the young and the old during Brexit seemed to disappear.

The viewing figures and perhaps, more importantly, the crowds at events, represented a range from the very youngest to the oldest. Equally, the team was drawn from across the country, breaking down in the process the urban, rural, north, south, ethnic, and perhaps gender divides that Brexit exposed so brutally.

The hardest questions will, of course, emerge now. Being young and inexperienced only works if the team is young and inexperienced. This will not be the case in the 2020 European Championships. It is fair to expect France to be as strong, while Germany, Spain, Italy, Belgium and the Netherlands – the original founders of the EU – will certainly be stronger and offering the UK’s teams no favours.

Happily, the England team – despite its youth – is showing none of the disunity and bitterness of either the Cabinet or Shadow Cabinet. Jamie Vardy hasn’t walked out saying “I’d have scored where Kane missed against Croatia.” Southgate hasn’t been undermined by anyone as he navigates a tricky way forward despite losing to a team from a country with a population more like Birmingham than Europe’s 350 million.