English is not enough: it’s time to reverse the UK’s languages deficit 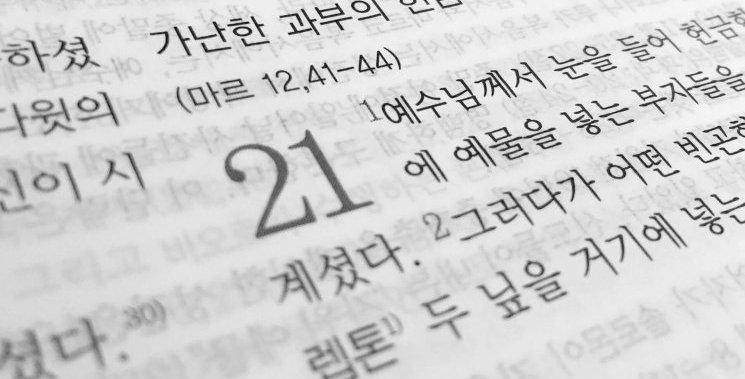 Some people think that now we’re leaving the EU, we needn’t bother to learn French or other European languages any more. But this is a dangerous myth: in the 21st century, English is not enough.

Language skills will be vital for our success and influence as a trading nation, in diplomacy and security, and in soft power.

But, there are warning signs that this is not being adequately considered: from our approach to language learning in schools, to the absence of language skills from the government’s own Export Strategy.

Britain, and its government, must remember that only six per cent of the world’s population are native English speakers and 75 per cent speak no English at all.

The amount of online content in English is declining, from over half in 2000 to about a quarter now. Over the same period, Mandarin content has increased from 5 per cent to well over 20 per cent and rising.

Arabic is the most used language across all social media platforms. There are more blogs in Japanese than in English. Meanwhile, French and German still regularly come top of UK employers’ skill-set wish list.

The decline in language learning in UK schools can now be felt right up the chain, through universities and into the business community.

Since 2000, over 50 universities have scrapped some or all of their modern language degree courses.

Secondary school pupils in the UK spend less time studying languages than anywhere else in the developed world.

Only nine per cent of our 15-year-olds are competent in a first foreign language beyond a very basic level, compared with 42 per cent of teenagers across 14 other European countries.

Just last week, the BBC reported that language learning is at its lowest level in UK secondary schools since the turn of the millennium, with German and French falling the most.

Meanwhile, the two million bilingual children in our schools are rarely enabled to achieve formal qualifications in their ‘home’ language, even though these are often the languages in demand.

Over 70 per cent of UK employers say they’re unhappy with the foreign language skills of British school leavers and graduates and are forced to recruit from overseas to meet their needs.

Languages are in demand in practically every sector, but the lack of them costs the UK economy an estimated annual 3.5 per cent of GDP. UK exporters are over-reliant on Anglophone markets at a time when Britain needs to be wholly open minded about its global trade positioning.

Smart businesses who make use of languages report 43 per cent higher export/turnovers ratios.

While there’s a place for machine translation, it can never replace humans when it comes to nuance, cultural sensitivity and complex understanding or meaning.

The excellent language training by the diplomatic service, the armed forces, police and security services is testimony to the importance of real people making a crucial difference with their language skills.

This problem cannot be solved by the Department for Education alone.

Calling for ‘joined-up thinking’ has become something of a cliché in government, but the need for a languages strategy and leadership across different departments is now urgent. Piecemeal policies or ignoring the problem will neither tackle it, nor resolve it.

The All-Party Parliamentary Group on Modern Languages has launched its National Recovery Programme For Languages – with recommendations for schools, government, higher education, business and the general public.

As we shape our post-Brexit role in the world, language skills will be vital for our success and influence. Just shouting more loudly in English won’t get us anywhere.

By Baroness Jean Coussins, independent crossbench peer and co-Chair of the All Party group on Modern Languages. Read the report ‘A national recovery programme for languages’ here.