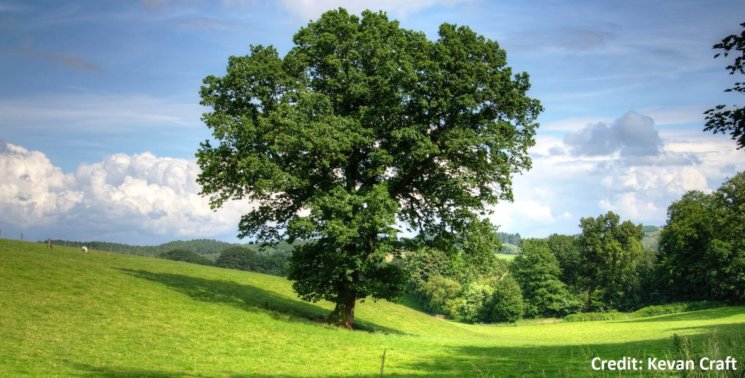 The Brexit and Environment network has spent the last year researching the implications of Brexit for environmental policy, with a particular focus on the devolved nations, which are all too often overlooked in these debates. We have developed three reports that detail our findings from meetings with stakeholders in Scotland, Wales and Northern Ireland, and we bring together insights from these in an overarching UK report. In this blog post, we summarise our key findings and recommendations

The UK government has made much of its commitment to a ‘Green Brexit’ but most of its plans focus exclusively on England. This is an oversight as the UK is composed of four nations with distinct histories and traditions that hold complementary yet diverging preferences on environmental policy.

Scotland and Wales have provided key examples of environmental leadership, innovation and best practice. Stakeholders in those nations are keen to retain the ability to devise far-reaching, ambitious policies that are suited to local circumstances.

For example, both Scotland and Wales have established more ambitious climate change targets than the UK. Scotland has moved swiftly to ban single-use plastics and Wales has a formal, legally enshrined commitment to sustainable development supported by a Future Generations Commissioner.

This ability to innovate and develop policies suited to local circumstances risks being eroded after Brexit. The EU Withdrawal Act (EUWA) stipulates that powers currently exercised at the EU level should generally be repatriated to the devolved administrations.

But it also gives the UK Government the ability to restrict devolved policy-making authority in areas where common UK-wide frameworks are necessary. The devolved administrations have characterised this move as a ‘power grab’ that improperly limits their autonomy to pursue their own policy preferences.

The view from the devolved nations

The Scottish government has adopted a Scottish Continuity Bill, which is subject to legal challenge in the Supreme Court, with a ruling expected soon. Scotland has committed to maintain and improve EU standards, to continue to align with EU environmental policy and to implement EU environmental policy principles. However, Brexit planning cannot move forward until the Supreme Court has ruled on the Continuity Bill, which means that the UK and Scottish governments’ timelines for action are not synchronised.

It has also committed to enshrining key environmental principles in legislation, but there is scope for the UK and Welsh governments to commit to different principles and to interpret them in different ways, as is also the case for Scotland.

Northern Ireland, by contrast, has long lagged behind the rest of the UK (and indeed the rest of the EU) in the quality of its environmental governance. It also faces additional, distinct, cross-border and all-island environmental challenges that it shares with Ireland – such as how to tackle pollution or invasive species that affect both jurisdictions.

In addition, because there is currently no Northern Ireland Executive at Stormont, the nation has had a limited voice in discussions about post-Brexit environmental governance despite the unique challenges it faces.

At UK level, the government has adopted a 25 Year Environment Plan (25 YEP) and issued a consultation on environmental principles and governance with a bill expected soon. This bill will be limited in the main to England, although the consultations suggest that co-designed policies or approaches may be developed. However, it is unclear how such co-design will work in practice.

There is a suspicion amongst stakeholders in the devolved administrations that co-design simply means Defra deciding its position and then informing them of the outcome, with limited opportunity for genuine input.

Similarly, while the Environment Bill will contain provisions on a new watchdog for England and Wales, it is unclear what arrangements will be made for Scotland and Northern Ireland and whether these will work on an integrated or collaborative basis across the UK.

Whatever type of model is adopted, coherent environmental protection requires coordination across the nations of the UK and the watchdog(s) must be transparent and accountable to their respective legislatures and citizens.

Setting up these new structures, alongside dealing with wider Brexit planning, has placed significant pressure on already limited resources within government. If policy makers are serious about ensuring that policy is maintained and enhanced after Brexit, then environmental policy must be properly resourced.

Brexit presents a huge opportunity to redesign UK environmental policy and governance to make it fit for meeting 21st century environmental challenges. Across the UK there are pockets of leadership, innovation and excellence that can be drawn upon to help deliver a ‘Green Brexit’.

However, this task is complex and time-consuming. A key risk is that the UK government, rather than taking this opportunity, will instead make incremental adjustments to policies and structures that are already unfit for purpose, fail to draw upon expertise from the devolved nations, and fail to put in place appropriate structures to coordinate policy.

Getting something in place quickly to cover the gaps that Brexit will leave is desirable in the short term. But longer term it is crucial that we do not just “make do and mend” but keep working to produce a coherent and effective system of environmental governance that meets the needs of all parts of the UK.

By Professor Charlotte Burns, Research leader of Brexit & Environment research network at The UK in a Changing Europe and Professorial Fellow in the Department of Politics, University of Sheffield.