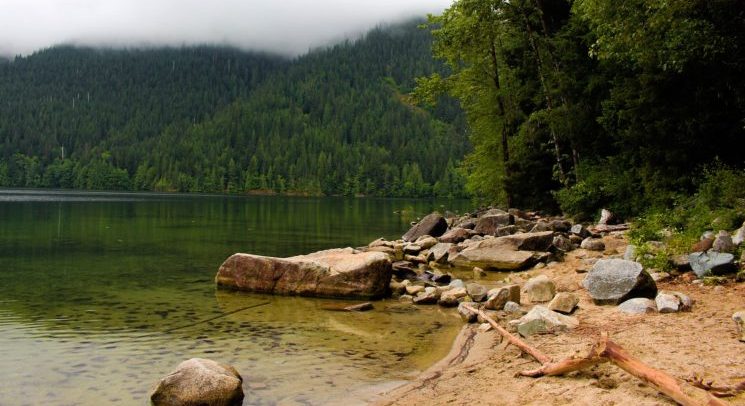 The environment was one of the many issues that were side-lined during the referendum campaign. Environmental professionals, politicians and academics agreed that EU membership had had a broadly positive impact on the UK’s environment.

The environment cuts across many policy areas – climate change, agriculture and fisheries – and is directly relevant to many domestic issues such as urban air quality and the fate of the new reactor at Hinkley C. The way the UK regulates across all these areas has been profoundly shaped by policies that were originally agreed in the EU. The future of these policies is now up for grabs: will Brexit herald a new dawn for green ambition or free the UK from ‘spirit crushing’ environmental rules?

Since the referendum, demands have been made for future UK environmental policies to retain or go further than EU standards. Such demands were made by the Green Alliance and the Chair of the House of Commons Environmental Audit Committee.

The focus on policies is important but is only part of the story. The EU not only impacts UK policies but also systems of governance and environmental quality. For the sake of argument, consider two scenarios: a ‘soft’ Brexit – which would see the UK joining the European Economic Area, akin to the current relationship between the EU and Norway – and a ‘hard’ Brexit which would see the UK trade with the EU under World Trade Organisation rules.

Under a ‘soft’ Brexit, most EU environmental policy will continue to apply – but the UK would lose its seat at the decision-making table. After decades of influencing the development and direction of EU environmental policy the UK would become a policy taker. This raises a number of questions about sovereignty and the ability to make specific British demands heard in Brussels.

Key policy items would probably cease to apply, in particular the Common Agricultural and Fisheries Policies, biodiversity legislation (the Birds and Habitats directives) and elements of climate change legislation (the Effort Sharing Decision). Will the UK government use these new policy competences to raise or decrease the level of environmental ambition? And will policy decisions stick, or will subsequent governments repeatedly unravel the work of their predecessors, leading to policy uncertainty? These are precisely the issues that will be at stake when decisions are made about the future of UK agricultural policy.

Meanwhile, under a ‘hard’ Brexit scenario it is considerably more difficult to predict policy futures. Most EU environmental policy will probably cease to apply, other than that relating to product standards. The UK would remain a policy taker on such standards (e.g. governing chemicals and car emissions) in order to trade with the Single Market. The chemicals example is noteworthy as the on-going evaluation of the EU regulation on chemicals (Registration, Evaluation, Authorisation and Restriction of Chemicals or REACH regulation) is due in large part to UK official demands. This evaluation and reform is likely to be concluded after the UK exits the EU. Otherwise, all other EU rules would probably not apply.

If one turns to matters of governance, many other important considerations enter into the frame. First and foremost, does the UK have the administrative capacity to deliver and implement new policies on the environment, agriculture and fisheries? Department for Environment Food & Rural Affairs (Defra) has lost two thirds of its staff since 2005. Moreover, Whitehall has, for the last 40 years, become used to mainly implementing policies made at EU level, rather than devising new policies itself.

Different skillsets – and considerably greater capacities – will be required to develop new national policies. These questions, which arise under ‘soft’ Brexit are even more pronounced under a ‘hard’ Brexit scenario. In such a world, Defra would be expected to deliver policies covering almost all environmental sectors such as air, water, waste, nature protection, renewable energy and climate change.

Secondly, what about systems of international governance? While the UK would still be bound by international agreements on climate change, air pollution or wildlife protection, these treaties are normally expressed in less prescriptive terms and tend to be a lot less enforceable than EU law (with its strong Court system and penalties for non-compliance).

Finally, environment and agriculture policies are devolved matters. Until now this has meant England, Wales, Scotland and Northern Ireland could implement common EU policies in different ways, but what will this mean after Brexit? Leaving the EU raises tricky governance questions relating to the legal relationship between policies in the devolved administrations.

Thinking about how policy might play out across a ‘hard’ and a ‘soft’ Brexit does help to identify key risks and opportunities. Crucially, these scenarios have very different consequences for UK environmental policy because their associated systems of governance also differ. Governance will matter at least as much as policy and politics as the UK exits the EU.