Estonia: Brexit would be contrary to Estonia’s interests 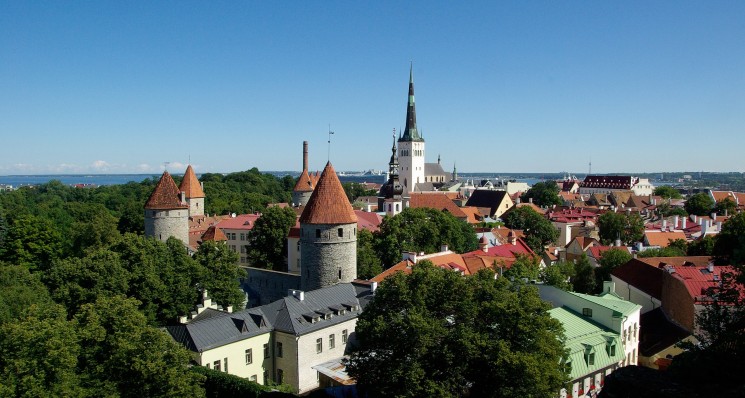 Many positive and nice words were exchanged when the Estonian prime minister, Taavi Rõivas, and British prime minister, David Cameron, met in Downing Street on 9 October 2015. “Estonia and the UK have a similar understanding of the changed security situation – we are very close allies in both NATO and the European Union,” Rõivas said.

As far as NATO is concerned Estonia appreciates the UK’s decision to send additional troops to the Baltic region and so Rõivas’ words may even be true. However, the assertion that Estonia and the UK are also very close allies in the EU raises large doubts.

The latest Eurobarometer poll (July 2015) revealed quite clearly how very different Estonians and Britons are. Namely, support for the euro was highest in Estonia (83%) and lowest in the UK (20%). In the Baltic States, which have all now adopted the euro, support has steadily risen despite the Greek crisis.

This is exactly why it is premature to call the UK and Estonia allies in the European Union. In the noughties, it was even thought that Estonian policy in the EU might be “Britanised” as Estonia pursued a very liberal economic policy with a flat tax regime, and stressed the importance of the single market. Russia’s aggressive behaviour and the introduction of the euro in Estonia in 2011 changed all that. The euro was securitised and Estonia moved closer to Germany who played the main role in the euro crisis. In addition, Estonia realized more strongly than ever that to cope with Russia, the EU must speak with one voice. All these moves forced the member states, especially in the Eurozone, to cede more of their sovereignty.

Contrary to a closer Union, the UK has always wanted to stop the closer integration of Europe. Therefore, the interests of Estonia and the UK in the EU differ to a large extent. It is to Estonia’s benefit to see the EU as a large and mighty counterweight to Russia. This therefore poses a problem for Estonia. A UK departure from the EU would not serve Estonian interests, but the two countries do not see eye to eye on how the EU should change.

With the UK out of the EU, the very essence and logic of the Union would change. It would deny the assumption that the EU is about accumulating integration and that the countries in the EU would never leave. As Slovakia has threatened to leave the EU due to the refugee issue, one might only imagine what kind of domino effect the UK’s departure might have. A smaller EU cannot be taken seriously by the other world powers, especially in the eyes of Russia, who always sees the loss of territory as a sign of weakness.

And finally, although it is a minor detail, the UK departing from the EU may have one unexpected consequence for Estonia. During the Cold War, beside Russian, Estonia studied mostly English in school. Estonians now speak English as their first foreign language. But they are not very fluent in either French or German. If the UK leaves the EU, the importance and use of English would very likely decrease also reducing options for Estonians to apply for jobs in the European institutions, as the use of French and German would increase.

At the same time, Estonia is weary of Britain’s demands for reform as the price to keep it within the Union. As in many countries, there is support for enhancing the economic competitiveness of the EU, but for Estonia this is done with an eye to German – and thus Eurozone – positions and aims, not Britain’s. Proposals to limit access to in-work benefits for EU migrants raise objections found throughout Eastern and Central Europe.

Renegotiations also mean that Estonia, like other member states, may have to choose whose side to take – either Britain’s or Germany’s – which causes some discomfort for a small country like Estonia. Estonian’s remember that when, along with the other Eastern European countries, it chose to support the US and the UK over the Iraq war in 2003 it received a lot of criticism from Germany and France.

Consequently, the UK’s decision to leave the EU would be contrary to Estonia’s interests, but finding an agreement to keep Britain inside the club will not be easy. The only sensible option for Estonia is to work with the other EU countries to keep the UK in the European Union.

This article by Erkki Bahovski, Editor-in-Chief of Diplomaatia, a foreign and security policy magazine in Estonia, originally appeared in LSE’s EUROPP blog.