EU and NATO policy towards Russia: from division to unity of purpose 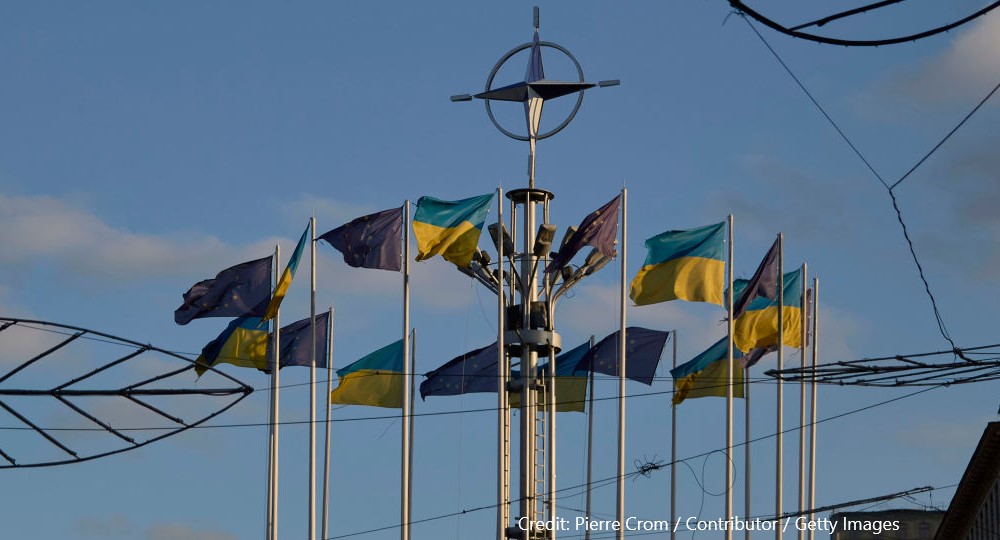 Since the invasion of Ukraine began the EU and NATO have implemented remarkably coherent sets of responses. Indeed, there has arguably been greater cooperation in the two international organisations in the past fortnight than at any time in the past three decades.

A key feature of the Western response is the unity of the sanctions regime. Up to 8 March 2022, the West froze the assets of Russia’s central bank, limiting its ability to access $630 billion (£470bn) of its dollar reserves. This will have a significant impact on the Russian economy going forwards, and, if the sanctions endure, they will deplete Russia’s ability to wage war in Ukraine, Syria, and elsewhere.

It will be interesting to see how Putin is judged by the Russian public. One wonders whether the Putin regime will become more dictatorial, transforming itself from an authoritarian to a totalitarian state. Another option is the removal of Putin if he becomes a liability to the Russian elite.

A complicating factor in the Western response is European dependence on Russian energy. Indeed, the EU imports around 40% of its natural gas from Russia, alongside 27% of its oil, and 46% of its coal.

The levels of dependence vary among EU member states, though: France is less dependent than many because of its civil nuclear programme, whereas Germany is more dependent on Russian gas in particular. This explains Berlin’s support for the Nord Stream 2 pipeline, although the German government has recently cancelled the project.

It was planned to deliver 55 billion cubic meters of gas per year – more than half of Germany’s annual consumption. This would have been worth $15 billion to Gazprom, the Russian state-owned company that controls the pipeline – and this valuable source of Russian revenue and influence in Germany for the Kremlin has now been lost.

Indeed, the German abandonment of Nord Stream 2 has encouraged EU coherence around a central policy on energy procurement and use, whilst also galvanising highly effective Western coordination on sanctions, defence, security and foreign policy in the common EU framework and NATO.

Going forward, diminished Russian credibility and an equally weakened Russian economy will undoubtedly detract from Moscow’s ability to wage war, and to have influence in the wider world beyond military matters.

The invasion of Ukraine has also prompted greater military spending and cooperation in Europe, lifting both to a degree not seen since the end of the Cold War.

Germany has doubled its defence budget to the tune of €110 billion, and Sweden has pledged to increase its defence spending by 40%. The EU has also tasked the Commission to improve collective defence capabilities within the context of a rearmament programme that considers Russia as a grave threat to European security.

One also wonders about the degree to which Russia will be able to maintain military commitments in Ukraine, Syria, and in other parts of the world under the Western sanctions regime. Given the existing structural weaknesses inherent in the Russian economy it would seem that Moscow’s external policies are not sustainable while the sanctions are in place.

Furthermore, EU and American firms are disengaging from Russia: the private sector is voting with its feet, and this will undoubtedly have a negative economic impact on Russian finances.

The military balance between NATO and Russia is important to consider. NATO has 5,953 nuclear warheads to Russia’s 5,977 – if Russia wants to risk nuclear escalation it will be doing so with an equal adversary, and this will surely affect Putin’s strategic calculations.

According to Michael Clarke, the former Director-General of RUSI, Russia would need between 800,000 and six million troops to occupy and “fight [Ukraine] to the standstill”. Clarke further postulates that the broader Russian military strategy in Ukraine is to threaten the destruction of entire cities to pressurise the Kyiv government into submission using a mixture of kinetic warfare and psychological operations.

One also wonders whether China will step in to request that Russia de-escalates if Beijing’s vital national interests are impinged upon to a greater degree, and the extent to which the Kremlin would take note of this.

However, the speed, complexity, and dexterity of the EU and NATO responses to the Ukraine crisis has been impressive. The Russian inverted historical narrative is surely redundant, and Western conceptions of international law, human rights and good governance are still worthy of pursuing; the alternative is a more authoritarian alternative defined by Russia and China.

The US is still the world’s leading superpower, even if world order is transitioning to something post-Western. China is not fully aligned with Russia, and this means that the West still has purchase and salience in fashioning world order.