EU citizens’ rights: The ‘fair and serious’ offer that wasn’t 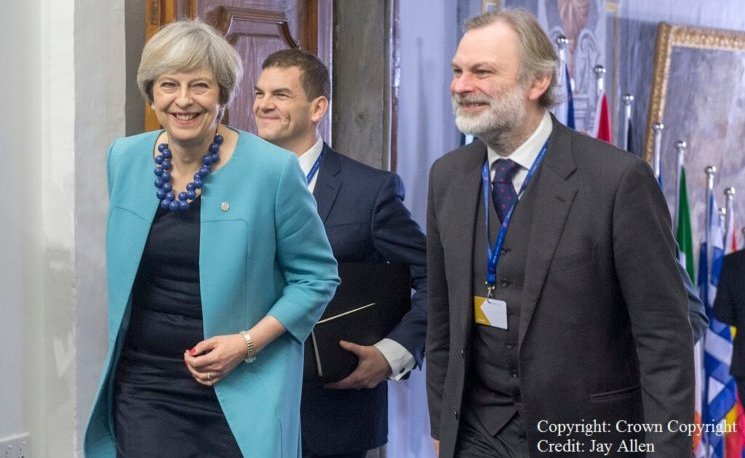 Yesterday Theresa May presented European leaders in Brussels with the general principles of what she regards a “fair and serious” offer on EU citizens’ rights. Whitehall officials had previously intimated this would be a ‘big generous offer’. Theresa May has essentially committed to giving any EU citizens with five years’ residence in the country the opportunity to achieve ‘settled status’ and remain permanently in the UK.

Many have received this as a positive development – including media in the UK, and EU member states with significant stakes in this issue – but the devil is in the detail. Jean-Claude Juncker was much more skeptical, giving these proposals a cold response, noting that this was ‘a first step’, but it was ‘not sufficient’. Donald Tusk echoed his concerns, noting bluntly that the UK’s offer was “below [the EU’s] expectations” and risked worsening the current situation for EU citizens. On this side of the Channel, Sir Keir Starmer dismissed the PM’s offer as ‘too little, too late’.

The full position of the UK government will be revealed on Monday, with the publication by David Davis of the position paper on citizens’ rights, so my reflections below come with the caveat that we don’t yet know the full details.  In view of what has emerged so far however, Theresa May’s offer is, in my view, neither ‘fair’ nor ‘generous’.

The PM told EU leaders her aim was ‘to provide as much certainty as possible to the three million EU citizens currently living in Britain’, pledging that ‘no EU citizen currently in the UK lawfully will be asked to leave the country at the point that the UK leaves the EU’. The solution that she proposed achieved the opposite result, however, as one could tell just from observing EU citizens expressing anger, disappointment and disbelief in conversations in social media platforms last night. A closer look at Theresa May’s proposals explains why EU citizens have every reason to be concerned.

First of all, her proposals speak of ‘a specified cut-off date no earlier than the trigger of Article 50, and no later than the UK’s exit from the EU’. In other words, the cut-off point can be set at any date between 29 March 2017 and 29 March 2019.  Depending on the precise point on which it is set across this two-year window, thousands of EU citizens may find themselves on the wrong side of the dividing line, between those who can stay and those who must go.

Now, Theresa May can’t possibly be oblivious to the fact that, from the outset, the cut-off point has been a major cause of concern for EU citizens. Her proposals do not alleviate existing concerns; they make them worse. Until now, many EU citizens may have had good reason to dismiss – in good faith – the chance that 29 March 2017 would be a possible cut-off date.

Now this is presented as one of possible options as part of the negotiations. EU citizens are told their rights will be protected, but the harsh reality for thousands of them is that they continue to be treated as bargaining chips in the Brexit negotiations.

To be sure, the proposals provide for a grace period, expected to be up to two years, to allow people to eventually ‘regularise their status’, but there is very little clarity about how this would operate in practice and the extent to which it would provide protection.

In a similar vein, there is cause for concern over the status of EU citizens’ family members who are not currently in the UK. The PM said that the UK does not ‘want families to be split up’, but failed to explain how this will be avoided given that the ‘settled status’ that she promised seems to revolve exclusively around the five-year lawful residence criterion for those who are already here.

So the precarious state of affairs continues – and this very uncertainty over the future is a condition that can trigger a violation of the right to private and family life, as enshrined in Article 8 of the European Convention on Human Rights. Those interested in the legal basis for this claim may look at the ECtHR’s decision in the case of Ariztimuno Mendizabal v France, for instance, or the report that we have submitted to the European Parliament with the ‘New Europeans’ and the ‘Britain in Europe’ think tank in that respect.

We must also not lose sight of the fact that May’s proposals do not go much further than a simple restatement of existing immigration rules, which already give EU citizens the right to permanent residence if they have been exercising treaty rights for five years. In other words, May offers to provide protection to those who least need it – those who already qualify on the basis of the ‘five-year’ criterion, and have the documentation to prove it – while failing to provide any reassurance to those who need it the most; those, in particular, with fewer than five years in the UK, those who may have been here for long and fulfill the permanent residence requirement but cannot trace the documentation to prove it, those who have previously acquired – but subsequently lost – their permanent residence status, due to being away from the country for more than two years and, ultimately, those who may have been in the country for long but were not in a position to establish permanent residence rights in the first place (perhaps because they have not been working, or did not have comprehensive sickness insurance). Put simply, by relying exclusively on UK immigration law, Theresa May’s proposals entirely fail to address the exigent circumstances created by Brexit.

Even if her proposals were taken at face value, there is no intention whatsoever on the part of the UK government to allow the Court of Justice of the EU to adjudicate these rights. This leaves EU citizens without international oversight of their status or treatment – apart from recourse to the European Court of Human Rights, to which EU citizens in the UK (and UK citizens in the EU) will be able to resort regardless of Brexit.

The PM’s ‘fair’ and ‘generous’ offer must also be viewed against the backdrop of the EU’s strong commitment to recognising citizens’ rights, as encapsulated in their ‘Essential Principles on Citizens’ Rights’ document. This has the ambition of providing an extremely comprehensive level of protection, for all EU citizens in the UK (and UK citizens in the EU), and their families, in relation to an astonishing range of rights, and all this for life.

Theresa May and the embattled Conservative government have one last opportunity to put themselves on the right side of law and morality. The right of all EU citizens affected by Brexit to stay in the EU member states where they are currently living is embedded in international human rights law, and cannot be negotiated away. The government’s position paper should reflect these values. There is absolutely no need for Theresa May to make a ‘fair’ and ‘generous’ offer, but simply to act in accordance with international human rights law, dignity and common sense.