The political and legal significance of Cameron’s migrants deal 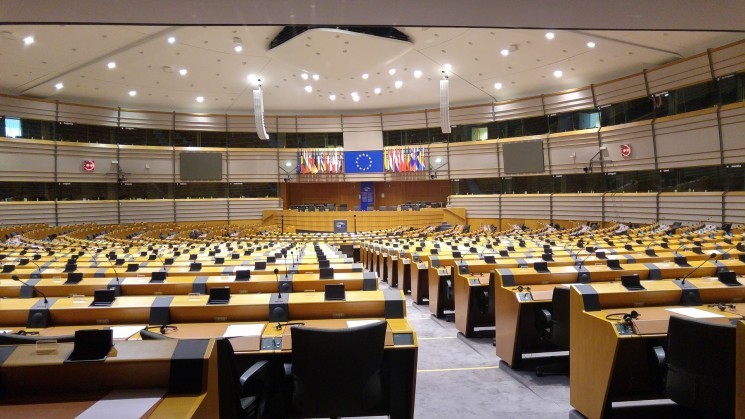 After long hours of negotiations the European Council reached a ‘new settlement’ on the UK’s membership of the EU. Many elements of the agreement seem symbolic, but the section regarding the social rights of EU migrant citizens has high political, and potentially legal, significance.

In fact, it aims to discriminate against EU migrant citizens from Central and Eastern Europe (CEE). Seemingly, the threat of the UK leaving the EU was perceived as so serious and potentially so costly for the Union, that Heads of State and Government sacrificed the core principle of non-discrimination.

However, should the British electorate vote to leave the EU, the principles of the EU will remain intact, as the European Council has agreed it will not proceed with the legislation to enact measures it has agreed upon.

Should the British electorate vote to remain in the EU, the ‘emergency brake’ to curtail in-work benefits and the proposed reduction of child benefits in line with the living conditions in other member states could still be stopped by the European Parliament. In fact, MEPs will have to agree on the legislation to amend the respective directive and regulation.

Moreover, the European Court of Justice (ECJ) has the right to eventually declare the legislative act incorporating these amendments as void, should it, for instance, decide they violate the principle of anti-discrimination enshrined in the Treaty of the Functioning of the European Union. There are two problems which may catch the eye of these institutions.

First, it will be interesting to see how the Commission designs the specific legislative proposal. The idea is to adjust child benefit paid by the UK to EU migrant citizens to reflect the living conditions in the country of the child’s residence. The difficulty is thus how to capture this difference in living standards among member states.

Let’s assume the Commission takes GDP per capita in Purchasing Power Standards (PPS) as a benchmark. Merely adjusting child benefit paid by the UK downwards for countries with lower living standards would surely be discriminatory, and to avoid such a problem the benefits paid for children living abroad in a number of member states – such as Denmark, Ireland and Germany – would actually have to be significantly increased as the living standards in these countries are higher.

Such an approach would seem to clearly discriminate against CEE workers based on nationality. It could therefore be opposed by the European Parliament or eventually challenged in the ECJ.

Second, a precondition for pulling the ‘emergency brake’ and limiting in-work benefits would be the presentation of compelling evidence demonstrating that UK tax credits function as ‘a pull factor’ leading to an ‘inflow of workers from other member states of an exceptional magnitude over an extended period of time.’

To my knowledge such evidence has not been made publicly available and is very unlikely to exist at all, and so the European Parliament would be well advised to demand clarifications of what constitutes a ‘pull factor’ and how ‘exceptional magnitude’ is defined.

Still, assuming the European Parliament does not significantly amend or veto the legislative proposal, the UK Government would eventually have to present evidence to the European Council for it to authorise the pulling of the emergency brake. The amendment to the Freedom of Movement Regulation could also be challenged in the ECJ.

In other words, the European Parliament and the ECJ could still undo the new UK settlement after the British electorate has voted to stay in the EU. This has consequences for the ‘Remain’ camp, who should at least acknowledge that the UK remains semi-sovereign as long as it remains a member of the EU.

However, semi-sovereignty can also be turned into an argument in favour of remaining part of the EU by those who want to be sure that minimum workers’ rights remain protected irrespective of the government in power at Westminster. As long as the UK remains bound by EU law, an act of Parliament would be insufficient to undo the social protection guaranteed by the Working Time Directive (minimum number of holidays each year, rest breaks, no more than 48 hours of work per week etc.), the Parental Leave Directive (minimum entitlement for leave of four months to care for children up to eight years old), or the Directive on Temporary Agency Work (principle of non-discrimination regarding essential conditions of work and employment).

These directives can only be changed at the EU level. If the UK left the EU the protections granted by these directives would obviously no longer protect British workers.

What effect could a Brexit have for British citizens in addition to the loss of protection offered by the EU directives? Amongst other things, British citizens would no longer automatically be entitled to:

To sum up, Britain would remain semi-sovereign in the event of a vote to remain. The legislation relating to the emergency brake and child benefits will need the support of the European Parliament and is open to scrutiny by the ECJ. But semi-sovereignty also protects the social rights of ordinary British citizens, and losing them could be costly.

Martin Seeleib-Kaiser is Barnett Professor of Comparative Social Policy and Politics and Professorial Fellow of St Cross College at the University of Oxford.