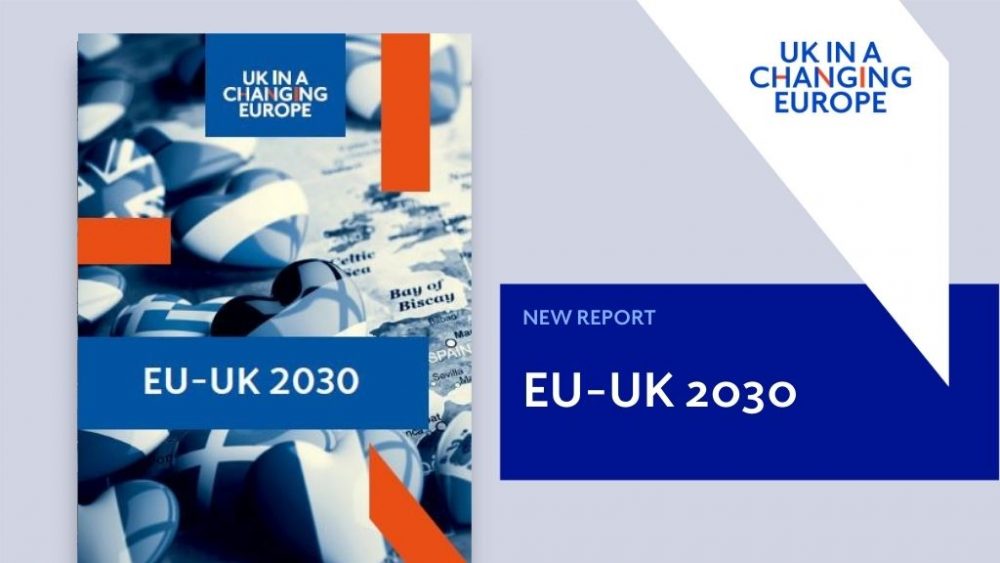 The future relationship with the UK is far from the top of the political agenda in EU states a new report from academic think tank UK in a Changing Europe finds.

Most EU members regretted Brexit but saw maintaining the stability of the Union as their primary concern, even at some short-term economic cost. That was true even of the UK’s closest trading partners and traditional allies.

The report, EU-UK 2030, brings together contributions from leading academics in 15 European countries, looking at how those countries, and the EU, approached the negotiations and how they want to see EU-UK relations develop in the future.

Member states were happy to leave the negotiations to the Commission, which was a useful way of preventing London from trying to sow divisions.

Even countries most economically exposed to Brexit, including, Ireland, Denmark and the Netherlands, were among the most hawkish during the negotiations, prioritising the integrity of the single market.

Denmark’s position is illustrative: the UK was its fourth most important trading partner, the destination for 7% of Danish goods and 10% of its services.

These figures are dwarfed by Denmark’s trade with the EU, accounting for 61% of its exports and 70% of imports. There was a similar story from the Netherlands, Sweden and Ireland.

That does not mean Brexit did not (and will not) have a significant economic impact. Danish exports to the UK fell by 24% in the first months after transition, and projections foresee a long-term decline of about 17%.

The UK was Germany’s fifth biggest trading partner in 2015 falling to eighth by 2020. These are short-term impacts, affected by stockpiling and transitional impacts and the UK has yet to impose full border controls on imports from the EU. In the long-run they could foreshadow a significant weakening of those economic links.

Nations with significant diasporic communities in the UK – Czech Republic, France, Lithuania, Poland, Spain and Ireland – saw preserving the rights of their citizens as imperative.

Some Brexit supporters expected UK exit to trigger a wave of other exits. The reverse happened. Support for the EU among the remaining member states strengthened. In 2014, 65% of Dutch respondents supported EU membership.

By 2020, that had increased to 78%. The Dutch Government has used Brexit as a cautionary tale about dangers of ‘Nexit’. The same is true of Austria and Denmark. Similarly in France, Marine le Pen saw Brexit would do nothing to increase public support for Frexit.

Several countries covered in the report have strong interests in a security relationship with the UK, particularly among countries concerned about the threat from Russia, such as Lithuania and Poland.

Though some member states were disappointed foreign policy did not feature in the negotiations they are reassured security ties can be pursued bilaterally.

For France, the Lancaster House treaties provide a basis for developing bilateral security cooperation. Germany and Italy are also more willing to work bilaterally with the UK in security than in economic matters.

Of more concern to some are the way in which Brexit might affect their future influence in the EU. For the Dutch, UK membership created a ‘benevolent equilibrium’ among three largest EU member states from which they could benefit but that balance has now gone.

The Danes fear they might struggle to assert themselves when France and Germany agree and, along with the Swedes, are concerned that the departure of the UK could lead to the EU being increasingly dominated by members of the Eurogroup-(eurozone members).

It remains to be seen to what extent France and Germany can exert the kind of leadership many expect (or fear), not least as both have crucial elections in the next year.

Professor Anand Menon, director, UK in a Changing Europe, said: “Both politics and pragmatism worked against the UK. Member states viewed the prosperity and stability of the EU a greater priority than relations with the UK.

“It is striking just how little thought seems to have gone into the longer-term relationship. Perhaps this should not surprise us.

It is hardly as if such thinking has been going on in the UK. Continuing arguments over the Northern Ireland Protocol point to the fact that the post-Brexit relationship has yet to reach a stable equilibrium.

“However, the deal they have come up with might not be fit for purpose. Ultimately, the EU and its member states will need to engage with the UK to handle the shared political, economic and environmental interests that neighbours have.”