EU elections will not make Brexit easier for anyone involved 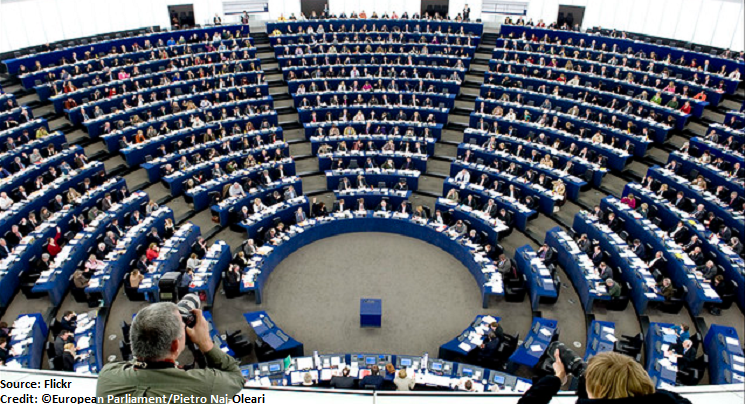 The locals are over, here come the euros. And after 46 years of membership, during which little attention was paid to European elections, we finally have one about which people seem interested. And with good reason. As we highlight in our new UK in a Changing Europe report, they could prove to be highly significant.

Significant, certainly, in that they will send a signal about the state of our party politics. But, as important, the elections will have implications for the EU too. And, because of the feedback effect between European and national politics, this will impact on Brexit itself.

The local elections have been widely interpreted as delivering a bloody nose, albeit to different extents, to the Conservatives and Labour. And for many observers Brexit was a major driver of this revolt. To make matters worse, the signs are that the European elections will be an ever bigger headache for the big two parties.

For one thing, the proportional system used in EU elections is more favourable to smaller parties than that used in other national elections.

For another, the elections are about the EU, and hence directly activate the dimension of politics that has so profoundly disrupted our politics — and our big parties — over the last few years.

Add to this the fact that, unlike the local elections, the poll will include new parties launched specifically to take advantage of the emergence of Brexit-related political identities, and it is easy to understand the trepidation in the Labour and Conservative HQs.

Many people will see the election as a proxy Brexit referendum. How the votes stack up between Leave and Remain-supporting parties will be the object of much attention. In this sense, what matters is not so much the number of seats individual parties amass, though this clearly matters to them, but the vote share and its division between pro-Brexit and pro-Remain parties.

And while the splintering of the People’s Vote camp between several competing parties is not the optimal strategy for maximising seats, it might yet prove to be when it comes to maximising vote share.

The Green Party has shown an ability to attract Labour Remainers, and the Liberal Democrats have made inroads among disgruntled Conservative Remainers in the south of England. It is far from clear that both parties, working in tandem with Change UK, would be able to do the same.

In the pro-Brexit camp, Nigel Farage’s new Brexit Party looks set to set to scoop up most of the UKIP voters from the previous EU elections, when UKIP topped the polls, as well as many dissatisfied Conservative Leave voters.

Whether the pro-Brexit or the pro-Remain camps are seen as the election winners may depend on where you place the Labour Party, which continues its careful balancing act between the two.

And of course, there is a subnational dimension to all of this. In Wales, Labour will be battling to head off the prospect of failing to win a second election in a century (the 2009 European elections was the only time this has happened to date).

In Scotland, polling suggests that the SNP will come out on top, with some 40 per cent of the vote, a result that will be seized upon by supporters of independence.

Northern Ireland, for its part, with a seat each guaranteed for the DUP and Sinn Féin, will see a fascinating contest for the final seat, in terms of what the outcome suggests in terms of both Brexit and the state of politics in the province.

But enough about us. These are European elections after all. And they will impact on the EU too. Most obviously they will determine the composition of the European parliament. Based on the polling to date, it looks likely that, while the balance of power between left and right is unlikely to change much, the size of the groupings will.

The mainstream party groups, the Socialists and Democrats and the European People’s Party (EPP), look set to emerge smaller and without a majority, while populist parties on the right will emerge strengthened, especially the European Alliance of Peoples and Nations created by Matteo Salvini of Italy to bring together radical right-wing parties across Europe. With the help of President Macron of France’s MEPs, the Liberal group could also emerge as a stronger force.

All this matters. In the short term, it might impede the prospect of the centre-right EPP candidate for the commission president, Manfred Weber, being selected. This raises the prospect of a period of haggling between governments and the parliament over who should get which top EU job.

And of course, British MEPs will play a part in those debates, even if their tenures do not last much longer than it takes for these initial decisions to be made. We face the prospect of British MEPs tilting the balance of power in a certain direction for long enough to shape key decisions, while giving up their seats before the consequences of those decisions become clear.

Finally, what happens in the EU will feed back into the Brexit process itself. The choice of commission president, for instance, affects us.

Should Michel Barnier achieve his ambition of acceding to the top job, we can expect the commission’s rather legalistic approach to the Brexit talks to continue. A different candidate might adopt a new way of dealing with us.

Moreover, the more fragmented and polarised parliament that looks set to emerge from the election could cause problems of its own. While the pro-European mainstream is likely to remain the dominant force, the rise of Eurosceptic populists could be highly disruptive.

The parliament recently rejected a motion in favour of limited trade talks with the US because the Socialists, Greens and far-right insisted on imposing conditions.

If, as seems likely, the combined size of the political extremes increases after these elections, Britain could quite conceivably face both protectionist impulses from a reinforced right, coupled with environmental and social demands from the left.

So there is much to play for. Like all national elections, the bones of this European one will be picked over by political soothsayers for evidence of broader trends, not least when it comes to Brexit preferences.

Meanwhile, the outcome of the election will shape that very Brexit process – and, it would seem, is unlikely to make it any easier for anyone involved.

By Anand Menon, director of the UK in a Changing Europe, and Sara Hobolt, Professor of European politics at the London School of Economics. This piece originally appeared in Times Red Box.