EU freedom of movement and Brexit 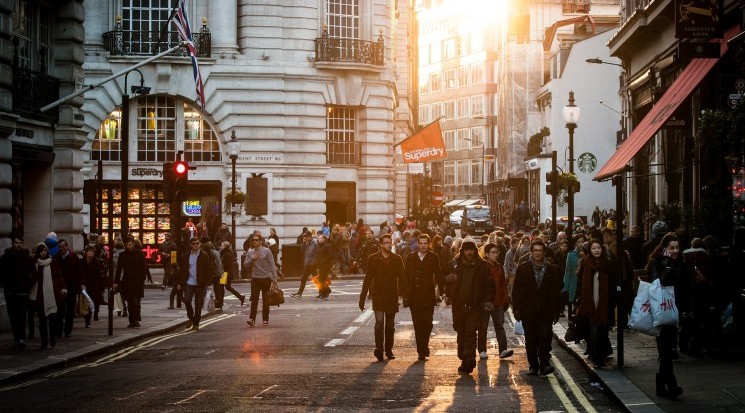 Britain goes to the polls on 23 June to decide whether it will remain in the EU. Sixty-eight polls between 3 September 2015 and 3 March 2016 have shown that there is no clear favourite. In the context of such high levels of uncertainty, campaign frames will be very powerful tools for influencing vote choice.

Which issues related to the UK referendum are likely to be powerful campaign frames? The key themes on the agendas of both the ‘in’ and ‘out’ campaigns include the economy, British influence and international standing, and security.

Both campaigns wrap their arguments in a sovereignty-based discourse but from a different perspective. The out campaigns contend that sovereignty has been lost as a result of EU integration. They insist that by returning control of these areas to Britain, Brexit would give Britain its independence back. In contrast, the in campaigns tend to focus on the risks and costs involved in all these areas were Britain to leave the EU. At the same time, they argue that Britain has been able to keep sovereignty in key matters all along.

In light of widespread insecurity resulting from the on-going refugee crisis, the recent terrorist attacks in France and elsewhere, and UKIP’s recent electoral successes, the referendum result seems hard to predict unless one also takes into account attitudes towards EU freedom of movement. This is a fundamental EU principle which relates to EU citizens’ right to freely work and reside in another EU country and to enjoy equal treatment with nationals in access to employment, working conditions, and all other social and tax advantages.

One key message from latest opinion polls is that this issue is prominent in the hearts and minds of the voters. In December 2015, 61% of Britons felt that immigration was the most important issue facing the EU, three percentage points above the EU average. Immigration was also their top concern at the national level at 44%. Moreover, borders, immigration, and welfare were the top priorities in British citizens’ EU negotiation wish list.

By comparison, questions relating to sovereignty – such as greater powers for national parliaments and ending the commitment towards an ‘ever closer union’ – were lesser concerns, at 29% and 14% respectively. Economic issues related to employment regulation, the environment, and the much-contested ‘common agricultural policy’ were also not as prominent among the British public.

Polls conducted following Cameron’s renegotiation indicated that control over the number of EU migrants entering Britain topped voters’ minds. Attitudes towards EU migration and freedom of movement thus appear to be strong predictors of how people will cast their vote in the referendum. Entitlements related to freedom of movement within the EU, such as the right to work and receive welfare in another EU country, can constitute powerful frames because they tap into a variety of crosscutting concerns including the economy and security. They also have the potential to appeal to voters’ sentiment towards foreigners.

Freedom of movement has a strong utilitarian component related to the financial costs and benefits of employing EU workers in the UK labour market. This issue may also relate to the broader question of who should be entitled to the benefits of state welfare. Here, the issue is whether EU migrants are putting unnecessary strain on the state and its resources; whether the welfare state has enough resources to cater to higher numbers of people living in the UK or whether, on the other hand, EU migration is a potential opportunity to improve the welfare state and its provisions through EU nationals’ taxation and welfare contributions. Freedom of movement also relates to questions of security, i.e. whether UK borders are adequately controlled and whether there is an association between EU migrants and higher levels of crime.

Campaigns that focus on rational arguments about the costs and benefits related to EU migration are likely to swing voters. These arguments have already been used by the Leave.EU campaign, which argues that EU migration deprives low skilled Britons from work and puts pressure on public services, and that leaving the EU would give Britain back its control over its borders. But they also appear in the more moderate Vote Leave campaign, which argues that EU membership entails an “an open door to the EU while blocking people who could contribute to the UK coming from non-EU countries”.

A credible ‘in’ campaign would need to take these issues on board and engage with the question of EU freedom of movement in order to openly address the ‘out’ campaign’s criticisms. This could be done, for example, by making a positive and progressive case about how EU citizens contribute to Britain’s growth and the welfare state. Specific information could include educational backgrounds of EU migrants, the sectors in which they work, assessments from companies on the extent to which EU migration is useful to their businesses, and the types of skills EU migrants bring to the UK economy that may be potentially lacking among the British workforce.

If we assume voters are rational, these are the kind of considerations that may influence their vote. But it must be said that making a positive case for the advantages of EU freedom of movement is a difficult task for both parties. Recent work comparing MPs to their voters on questions related to EU citizens’ right to work and welfare in other EU countries showed that Conservative MPs and their supporters take a similar hard stance on these issues. Labour supporters tend to oppose these rights less vehemently, yet they take a much harder line than their MPs on both issues.

Even if we accept that decision-making is also influenced by emotions, we know that certain emotions such as fear and anxiety are likely to result in more information-seeking and careful decision-making. Therefore an evidence-based campaign that addresses the issue of EU freedom of movement could be key in influencing the referendum outcome.

Written by Dr Sofia Vasilopoulou. This is an edited version of Sofia’s piece which featured in openDemocracy.