EU institutions: The dog that hasn’t yet barked 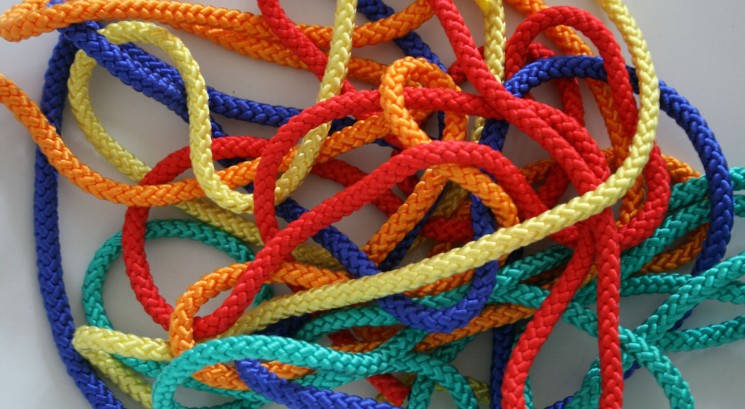 Given the potential impact on the EU, the UK‘s in/out referendum and the associated reform agenda should be high up the Brussels agenda. But, curiously, so far there has been little obvious activity in Brussels, with few signs that it has the attention of the EU leadership. During the October Summit there was only a very short discussion of the UK referendum, with David Cameron pledging to set out the UK’s specific issues to be addressed (the EU reform agenda) in writing to President Tusk by early November, which he duly did on 10 November.

Although there are no obvious signs of high level political negotiations, more is going on behind the scenes, including some technical discussions between officials. But at some point, the negotiating sides will have to open up: the UK will need allies in Brussels (and in key national capitals) to get meaningful reforms, so any concrete proposals must also be discussed with stakeholders here.

But what is Prime Minister Cameron’s strategy to manage the negotiation process, within the broader context of the referendum campaign? Below are three potential scenarios which explain London’s reticence to become more concrete at this stage.

‘I have a cunning plan’

Keeping a low profile might have been the plan all along. No. 10 has certainly been playing its cards close to its chest. There is only a small circle of people involved within the UK Government. London’s instinct seems to be for a close-circle inter-governmental negotiation with selected capitals, with Berlin being first among equals. While this might be a useful first step to gather some broad political support, London will eventually need to bring in a much wider range of allies among the Member States and the EU’s institutions, as well as opinion formers, and for concrete reform negotiations the experienced and efficient machinery of the Foreign and Commonwealth Office will have to take the lead.

There still is pervasive uncertainty, not only concerning the date of the referendum but also on the concrete details of the reform agenda. While the broad outline of UK demands is now known – sovereignty (linked to the ever-closer union and power of national parliaments), fairness (ensuring that the non-Eurozone countries are not outvoted on issues such as regulation of the financial sector), competitiveness (improving the business environment in line with the Juncker Commission priorities) and welfare (restricting certain benefits for EU citizens coming to the UK) – there is little concrete beyond this, even in the letter of 10 November.

No. 10 seems to be waiting until they judge the chance of success being highest, with a prior protracted discussion of reforms seen as being unhelpful. But this makes it less and less likely that the EU will be able to put any meaningful reforms into place in time for the referendum and the risk that the referendum interferes with other key political milestones, especially the French and German elections, is increasing if the referendum isn’t held in 2016. If the UK referendum becomes part of domestic election campaigns, it would, most likely, limit the willingness to make concessions to London.

The uncertainty regarding the concrete elements of the reform agenda also make it impossible to canvas what other Member States and the institutions see as being possible, politically and legally. There is thus a risk that the reform agenda either proves to be politically tricky to implement or, more likely, that it will be strong on symbolism and thin in substance.

‘Does anybody care about my plan?’

While the rhetoric in Brussels is still strong that almost everything should be done to keep the UK in, this is not an absolute commitment: there are important ‘red lines’ such as no Treaty revision now and no softening of the fundamental right to mobility. Moreover, there are worrying signs that not all perceive keeping the UK in as the key priority at this current moment.

The refugee crisis is capturing attention and political capital, with the role of the UK seen as being entirely unhelpful from the perspective of the institutions and, crucially, of Germany, given the paltry number the UK is willing to take, which is perceived as a lack of solidarity.

In addition, the UK’s opt-out from common solutions to the refugee crisis has highlighted the danger of cherry-picking in the integration process. After all, if the UK (and Ireland and Denmark) can happily ignore the impact of large refugee flows on other EU countries, the incentive for others, like the reluctant Central and Eastern Europeans, to seek similar opt-outs increases.

The way this process is running shows that domestic UK considerations yet again trump engagement at EU level. What conservative Eurosceptics think is seen as more important than creating alliances at EU level; what domestic public opinion demands in terms of reforms weighs more than what is feasible to achieve in the current EU environment. This carries obvious risks, especially if a real discrepancy emerges between what is demanded by London and what can be delivered in Brussels. Raising false expectations could backfire.

In the end, No. 10’s political judgement seems to be that it can replicate the last EU Multi-Annual Financial Framework negotiations, where Cameron could present relatively meagre results (an overall cut but little real reform of spending), achieved mainly by the political weight of Germany, as a political triumph to the UK media and the general public. Symbolism and political theatre, as seen in the British walk-out of the Fiscal Compact negotiations, is seen as counting more than actual substance.

Will the UK’s approach work?

These tactics might work but they can also spectacularly backfire. An EU reform agenda that looks convincing will be one of the decisive factors in the referendum. But this reform agenda is likely to be thin in many parts and it cannot address some of the fundamental questions, such as who, ultimately, decides when it comes to the free movement of EU citizens.

Some elements of the agenda might require a hard sell to the British public, including, for example, promises of future Treaty changes, which are likely to be seen with suspicion. A lot will depend on how strongly Prime Minister Cameron can deal with internal Conservative critics and whether the lacklustre ‘in’ campaign picks up more momentum.

In a worst case scenario, the Conservative ‘outs’ manage to insert impossible demands, such as a quota for EU citizens. This would scupper a reform deal, tipping what looks like an increasingly tight race. Behind the scenes, it is essential to define now what maximum reform agenda is possible and desirable for both sides.

One final reason why the dog has not yet barked is that, deep down, most believe that it is still unthinkable that the UK will say ‘No’. But this underplays not only the rise of Euroscepticism in the British, especially non-London English, population; it also underestimates how impossible it is to predict the momentum of a referendum, including its negative interaction with the refugee crisis. Turn-out rates might well prove crucial in the end. For these reasons, the EU should not only work on a realistic reform agenda but should also make contingency plans on how to deal with a possible No, despite the undesirability of this outcome for Brussels and London.

This article by Fabian Zuleeg, Chief Executive at the European Policy Centre, originally appeared in the LSE’s EUROPP blog.