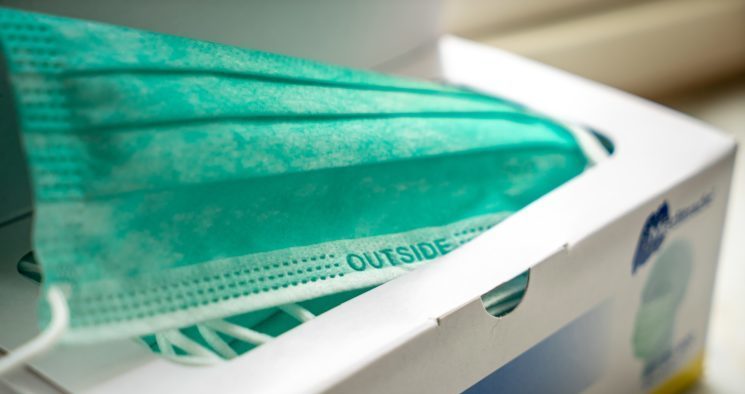 Between 26 and 27 March, the UK government moved from saying it did not intend to join the EU’s joint procurement programme for Covid-19, to saying that it could participate in future tenders.

The explanation? Apparently emails from the European Commission in relation to four tenders were missed, which left the UK unable to participate.

This seems highly surprising given widespread reports, including statements from the Commission, and interventions by myself and others, that joint procurement is a crucial tool in the response to Covid-19.

The UK government’s current stance is a revision of an earlier statement – that the UK was ‘making our own efforts’ – which seemed to use Brexit as the reason for its non-participation.

Countries across the world have effectively shut down in an effort to limit Covid-19 cases, and restrict the impact on their healthcare systems. By doing so, the hope is that supplies of countermeasures – masks, gloves, ventilators, and the like – can be grown to deal with the massive increases in hospital admissions.

In response to growing shortages of supplies, some EU countries are choosing to work together to develop and share countermeasures under the EU’s Joint Procurement Agreement (JPA).

This initiative is clearly of huge importance for its participants, since production is dispersed across the single market, and no one country necessarily has the critical mass of expertise and industrial strength to stand alone against Covid-19.

Joint procurement helps to optimise economies of scale and produce countermeasures as cheaply and quickly as possible. It offers a means to speed up access and enable targeting of the most vulnerable population groups, thus providing a key tool in efforts to limit the spread of COVID-19, relieve the strain on already overburdened healthcare systems, and reduce deaths.

The Commission had earlier clarified that the UK was eligible to participate in joint procurement under the terms of the withdrawal agreement. This eligibility presumably applies until the end of the transition period (currently set at 31 December 2020, but there are calls for this to change).

Likewise, for the duration of the transition period the UK continues to be part of the EU’s authorisation mechanism for pandemic medical countermeasures, including vaccines.

This is overseen by the European Medicines Agency (EMA), the body that makes recommendations to the Commission on licensing. The UK also has access to the EU’s health risk information sharing and response mechanisms during the transition period.

The EU’s JPA is provided for under Article 5 of the Health Threats Decision, the legal instrument aimed at ensuring coordination of preparedness and response between EU member states.

It originally came into force in June 2014, and has now been signed by almost all EU member states and – as of 20 March 2020 – also Norway. The latter is included as a member of the European Economic Area (EEA), which extends the EU’s single market to Norway, Iceland and Liechtenstein.

The JPA was introduced after the lessons learnt from the Swine flu pandemic in 2009-2010. The temporary public procurement arrangements introduced to deal with that outbreak helped to widen access to the vaccine between member states, while also creating a stockpile that could be shared.

Still, there were significant problems with the distribution and costs of countermeasures during that pandemic, and so the JPA came into being.

The UK government’s change in position on joint procurement with its nearest neighbours (and erstwhile close partners) comes amidst widespread reports that the country faces a massive shortage of ventilators, despite a ramping up of domestic production, and incredulity at the UK government’s initial position, which some claim amounted to putting ‘Brexit over breathing’.

The UK also faces a huge challenge in ensuring it has other vital supplies, including personal protective equipment, to help NHS staff deal with the surge of Covid-19 cases. Increased capacity is clearly needed to ensure immediate preparedness and response – even if it transpires UK-only suppliers become sufficient.

The latter will only become known once the full scale of the surge in Covid-19 cases becomes clear. It is, as yet, far from clear.

But we know that a surge in cases is imminent: based on the current trajectory of reported cases, the massive surge is only a week or so away, and it may continue to grow and intensify for weeks to come.

There is no time to lose. The UK’s non-participation in the four joint procurement arrangements already underway risks not just losing valuable additional capacity and time for the NHS, but also health and lives.

Although it has now been reversed, the UK government’s initial explanation for non-participation seemed to derive from two mantras from the last few years: ‘take back control’ and ‘get Brexit done’. Echoes of both are also evident in the government’s current legislative agenda, including a proposed Medicines and Medical Devices Bill.

While details remain scant, a statute along the lines proposed would change the regulation of medical products and clinical trials in the UK, pulling both away from future coordination with the EMA.

In addition, the government’s position on future trade deals could preclude many forms of collaboration that exist between the EMA and other regulators. This situation is due, in large part, to the UK’s preference for a loose future relationship with the EU.

Whatever the future plans, though, the separation right now – on the joint procurement of medical supplies to fight the pandemic – did not have to be so, as the example of Norway makes abundantly clear.

The government’s initial refusal to countenance joint procurement arrangements with the EU to deal with Covid-19, a cross-border threat to health and a public health emergency, flew in the face of reason. There is no guarantee that UK-only arrangements would be sufficient to deliver the countermeasures urgently needed by the NHS.

By working with other countries, the UK could help to support its NHS, and relieve the strain on its already overworked and under-resourced staff. Thankfully the UK government has changed its position, but the delays may nonetheless prove costly.

Covid-19 has not respected – and will continue to defy – national boundaries. It appears that pursuit of medium – to long-term Brexit strategy provides a more likely explanation for the UK’s initial stance on joint procurement. But whatever the true reason, initial non-participation needlessly places the UK population at increased immediate risk.

Looking ahead, Brexit-related mantras should not preclude options for participation after the end of the transition period in joint procurement, the EMA for vaccines and medicines, and health threat information sharing.