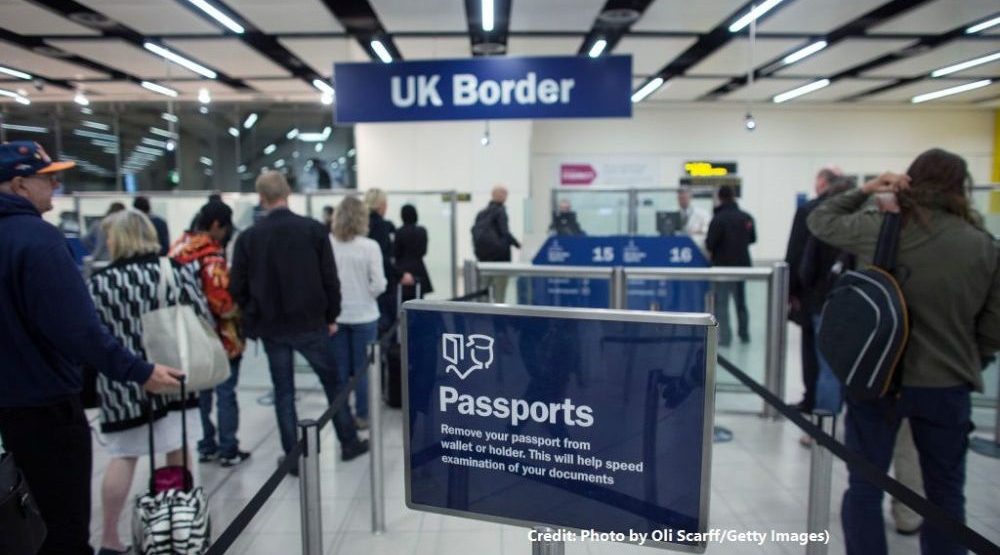 What are you currently researching?

I am currently working on the EU Migrant Worker Project, based at the Faculty of Law at the University of Cambridge, with Professor Catherine Barnard and Sarah Fraser Butlin.

Our work is funded by the ESRC through the UK in a Changing Europe Programme and focuses very broadly on the impact Brexit has had on EU citizens living in the UK – specifically working with low-paid EU nationals working in what is called ‘low-skilled’ employment.

We work very closely with community advice charitable agencies GYROS and ACCESS, based in Norfolk and Suffolk, to undertake our research, alongside other frontline advice agencies around the region and country.

As well as looking at the impact of Brexit specifically we are also examining more broadly what every day (legal) problems migrant communities have been facing, and how these are being experienced and resolved at a street level by community advice agencies such as GYROS and ACCESS.

What led you to research this topic?

After my undergraduate law degree at the National University of Ireland, Galway and my postgraduate studies at Kings College, London, I began working for a small charity based in Great Yarmouth (on the Norfolk Coast) called GYROS.

Over the last ten years I have worked on the frontline supporting EU and other non-UK nationals navigate life in the UK, providing specialist immigration advice as well as other support as needed.

During this time, on a daily basis at the charity we witnessed the real-life impacts of legislation and policy on people at a local level – including the creeping and increasing internal and bureaucratic bordering of EU (and other) migrant communities.

At GYROS we began to build a community-led research portfolio hoping to amplify the voices of those we are working with as well as share this frontline insight with key partners, including academic partners.

So, with the EU Migrant Worker Project our academic research meets the community-led research activities of GYROS.

I think in that way we are doing something really quite unique in working directly alongside frontline community organisations supporting marginalised groups who are often not represented in academic research.

What impact, if any, have changes in British politics and society over the last decade had on your area of research?

Well, the research is Brexit-related, so I’d suggest this is the biggest change to date! Some five million EU (EEA/EFTA) nationals and their non-EU family members (NEFM) find their citizenship rights here have changed irrevocably.

The effects of this are still not fully understood, as the UK navigated the post-Brexit ‘grace period’ (which ended on 30 June 2020) and is now looking to the future.

Brexit has raised significant issues around identity and belonging in the UK for EU nationals, as well as the practical implications of the new immigration status (EUSS) rolled out by the UK, and the future policy implications for citizenship pathways for these roughly five million people.

But equally, outside of EUSS, most of the issues and (legal) problems we are examining in our research predate Brexit, including the hostility and discrimination experienced by EU nationals in the UK.

Our work centres on workers in low-skilled sectors, and issues around zero-hour contracts, employment rights abuses and the vulnerability and precariousness experienced by some marginalised communities predate Brexit but will likely be exacerbated by it.

What’s the best advice you’ve ever been given as an academic? And the worst?

I think for me one very useful piece of advice I was given was to make sure I am providing balanced and fair commentary and analysis.

This is especially important as migration and Brexit specifically are so polarised (and polarising), so it is vital to be able to provide robust and balanced information and analysis.

In fact, this is another of the things I enjoy so much about working with the UK in Changing Europe (and I haven’t been asked to say this!): it is a non-partisan, independent think tank dedicated to getting impartial information about Brexit to wide audiences, and that’ll need to continue now as we move beyond Brexit.

This simple, impartial information was something that was missing during the referendum debates, and I think is still missing from many conversations around immigration in the UK.

As for the worst advice: I haven’t got a very good answer to this one yet I’m afraid. I consider myself still relatively new in my academic career, but I am open to contenders for this one!

I was once told to ensure my research field was wide because ‘Brexit wouldn’t last forever’, which is of course very true, but five years on I am still talking about it on a daily basis so it’s obviously still going strong!

If there was one bit of social science research you would encourage people to read, what would it be?

It is very relevant to the work I am currently undertaking but a book I return to often is ‘Getting Justice and Getting Even’ by Sally Engle Merry. It is an extraordinary piece of work looking at ordinary folks’ experience of accessing justice through county courts. It is based in the US but the findings and discussion certainly also have application here in the UK and EU.

She discusses people’s legal consciousness before they access the legal system and how this changes as they move through it. Spoiler alert: she shows that women and more marginalised groups are those who struggle the most to access justice through these traditional routes and court room pathways.

It’s an excellent read, brought to life by real stories, real cases and real people. We return to it often in our work, but taking it a step back to even before someone gets to the stage of a court room – thinking about, for example, a Lithuanian woman, non-English speaker, working in a chicken factory in rural Norfolk, living in what is a recognised legal advice desert in the East of England. Where and how can she access help to uphold her rights?

By Fiona Costello, research associate at the University of Cambridge.