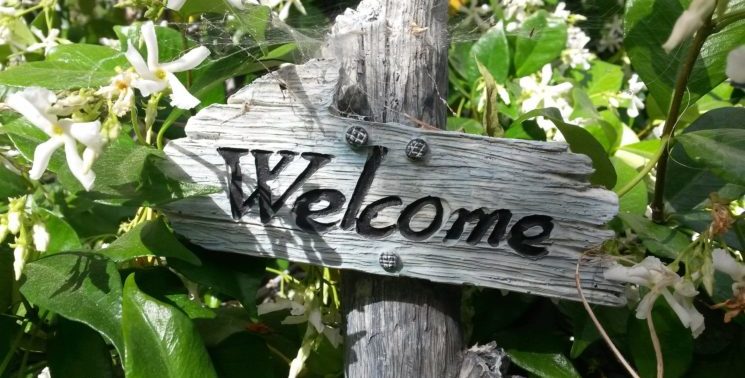 The Conservative manifesto says that the EU Settlement Scheme was introduced for EU citizens who came to live in the UK before the referendum to ensure ‘they feel a welcomed and valued part of our country and community after Brexit’.

Our research shows that this is not what many EU citizens in fact feel. Rather, the images of the Home Office ‘Go Home’ vans from 2013, introduced as part of the hostile environment espoused by Theresa May (then Home Secretary), is more representative of what EU nationals experience.

The majority of EU nationals we have spoken to, as part of our UK in a Changing Europe project, have been subject to ‘’go home’’ rhetoric in one way or another since the referendum.

Others note that discriminatory comments are not just the hallmark of post-referendum life: they say that this rhetoric was always there but now people feel more empowered to voice those such sentiments in public.

This increasing hostility to migrants is supported by police data, which show that the number of recorded hate crimes has more than doubled in the past five years, spiking around the time of the referendum.

Alongside our focus groups, we have been running an online survey (which is still open).

To date we have had more than 100 responses from EU nationals from over 25 EU countries, the majority of whom have been living and working in the UK for more than five years.

The word that features most commonly in our survey responses is ‘unwelcome’.

‘’I am feeling less welcome in a country I consider home’’ (Spanish female, living in the UK for 15 years)

One interviewee, from King’s Lynn, told us that she is now increasingly asked “where are you from?”. She said it immediately made her feel different and like she didn’t belong. She said the subtext is: “You’re not from here.” She has lived in the UK for 15 years and is now a British passport holder, relinquishing her Lithuanian passport to settle here permanently.

Others speak of the stress this question causes them on a daily basis, even when the question is asked with conversational intent.

An Italian who has lived in the UK for nine years told us “I get asked where I’m from constantly, which is pretty anxiety inducing, as I’m never sure whether my answer will be considered an ‘acceptable‘ country or not; needless to say, most people mean it as a genuine ‘getting to know you’ question, but I’m not too keen to play Schrödinger’s Racist on a daily basis’’.

‘’I experienced racist remarks whilst speaking in my native language on the phone. A receptionist at the surgery in which I’m a patient replied: ‘That’s not how we do it in this country’ when I asked if I could book an allergy test’’ (Italian female, 10 years in the UK).

A related theme which emerged from our survey and focus groups is that EU nationals feel more visible: ‘’I am more self-conscious about how others perceive me, as a non-British person living and working in the UK’’ (Hungarian female, 10 years+ in UK).

Others do not feel comfortable speaking their own language on the streets and in communities. Some report that they now feel “stared at” if they do, and there are increasing levels of self-censorship amongst EU nationals living in the UK.

‘’After reading so many news stories on hate crime, I think twice before speaking Romanian in public in certain areas’’ (Romanian female, nine years in UK).

Others speak of having family or friends visit from their country of origin –  for example over the summer – who do not speak English (and do not plan to stay in the UK), and who receive remarks on the street about speaking their own language to one another.

The survey evidence also shows how EU nationals engage in self-censorship when in public and out in communities: “I do not take calls from my relatives when I’m in a public enclosed space (public transport, trains, waiting rooms) because I don’t want to be identified as an immigrant and I don’t know how people will react to hearing me speak a different language” (Italian female, five years living in UK).

Others give examples of times when they have received abuse on the street because of their accent, even when speaking English: “Yes. I am more careful when speak outside, don’t want people hear my foreign accent. Recently a man shouted at me ‘Bloody foreigner’ hearing my conversation in a shop” (online survey).

But there is support too…

We held focus groups at specialist migrant support charities across the country including GYROS in Great Yarmouth (where one of us still works part-time), ACCESS in King’s Lynn, the Rosmini Centre in Wisbech and the Refugee and Migrant Centre in Birmingham.

Each organisation is based in urban areas with high levels of deprivation.

The role of these agencies in supporting the integration of migrant communities in light of this ‘go home’ rhetoric was noted by some of the participants in the focus groups. ‘’I am treated like a human here [GYROS], people smile and look into my eyes when I am talking. Everywhere else I feel I am a problem. A burden’’ (Lithuanian national, Great Yarmouth).

Some suggest it has brought EU nationals living in the UK closer together in solidarity while others say it’s brought them closer to British nationals: ‘’Many more British people are keen to emphasise in conversations their European identity and sympathy for non-UK EU nationals” (German female, 10 years in the UK).

By Professor Catherine Barnard, senior fellow at The UK in a Changing Europe, Fiona Costello and Sarah Fraser Butlin, University of Cambridge.