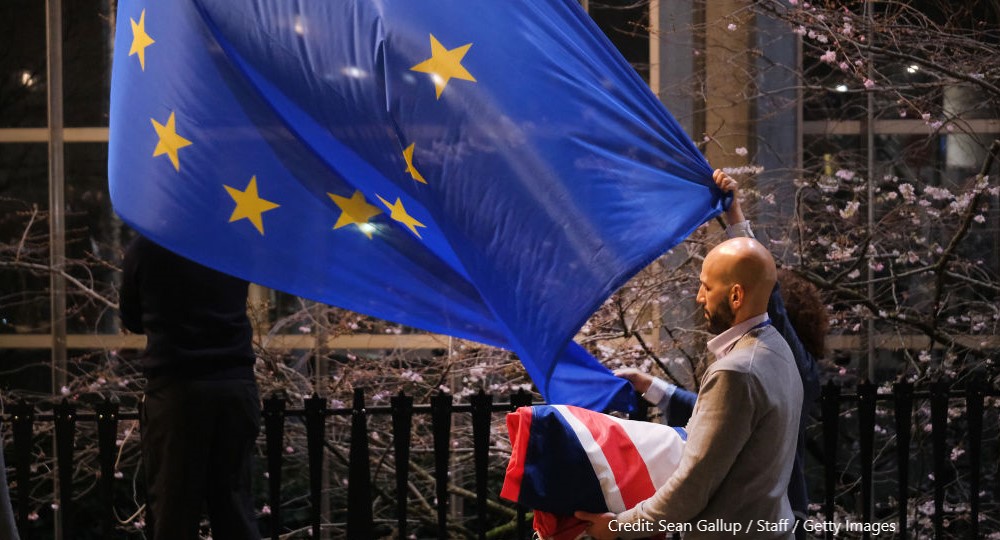 Five years on, and we have learned how little we knew: about how our devolution settlement was predicated on EU membership, about how closely many of our firms depended on integrated supply chains enabled by the Single Market. And, perhaps most of all, about how little we understood our EU partners.

Prominent Brexiters were adamant that Brexit would be simple. That the UK could maintain most of the benefits of membership after leaving while throwing off the obligations.

Dominic Raab insisted that ‘we can have proper control of our borders but we don’t need to be bound by all this stifling regulation….mutual self-interest suggests we’d cut a very good deal and it’s certainly not in the Europeans’ interests to erect trade barriers.’

Such claims were all proved wrong.

After three gruelling years of negotiation, the Trade and Cooperation Agreement (TCA) introduced a plethora of new trade barriers.

And trade has already been affected. The short-term falls are dramatic, but even when that adjustment has worked through, economic links will be weaker.

Throughout the negotiations, the UK expected pragmatic national governments to overrule Commission purists and cut a deal in the interests of their businesses.

Admittedly, it was curious that a group of ideological purists expected their interlocutors to be ideologically flexible and pragmatic.

And, as a new report from the UK in a Changing Europe makes clear, both politics and pragmatism worked against the UK. Member states ultimately viewed the prosperity and stability of the EU as more of a priority than relations with the UK.

Indeed, it was precisely those countries most economically exposed to Brexit – such as Ireland, Denmark and the Netherlands – that were among the most hawkish when it came to protecting their businesses from what they feared would be unfair competition.

And all member states were happy to leave the negotiations to the Commission – not least to avoid any danger of London attempting to exploit divisions between them. Indeed, when national governments did intervene, it was to harden lines, not soften them.

So why did the UK get things so wrong?

One reason was simple economic size. The UK is Denmark’s fourth biggest trading partner, but it does over six times as much business with the rest of the EU as with the UK.  Economic self-interest meant preserving that EU market, not accommodating the UK.

Moreover, and contra to the optimistic assertions of Leave campaigners, once member states had accepted the decision of the British people, they were willing to pay an economic price to ensure EU unity. And their hard line has paid off.

In 2014, 65% of Dutch respondents supported EU membership. By 2020, that had increased to 78%. The same is true of Austria and Denmark. Even Marine le Pen quickly came to realise that Brexit would do nothing to increase public support for Frexit.

Talking tough on economics was made easier because security relationships with the UK could be maintained bilaterally. France, Germany, Italy, Lithuania and Poland, inter alia, have made clear their desire to continue to cooperate with the UK outside the EU framework.

But herein lies a potential problem.

The Commission’s legalistic approach was well suited to thrashing out the terms of the TCA.  It was far less suitable when it came to strategic considerations about the long-term future relationship with a country that remains an important ally.

This has meant that important questions have not been addressed.

Is this really the relationship for the medium to long-term that will serve both sides best, not just economically but in dealing with the multiple challenges confronting the world? Can staunch economic competitors really be close allies when each has a political interest in the economic failure of the other?

Geopolitics, in other words, was the real lacuna in the Brexit process. And the recent G7 meeting in Cornwall underlined both the parlous state of UK-EU relations and the number of global issues on which they need to cooperate.

The last five years have been characterised by fractious negotiations between a UK determined to put clear blue water between itself and its former partners, and an EU keen to batten down its protective hatches.

Both sides might congratulate themselves for having achieved their narrow, stated objectives in the Brexit negotiations. However, the imperatives of geography and of shared geopolitical interests imply that the deal they come up with might not be fit for purpose.

Ultimately, member state governments will need to engage with London to handle those issues the Commission could not.

By Professor Anand Menon, director of UK in a Changing Europe.