EU recovery package: ‘we all know what needs to be done, so get on and do it’ 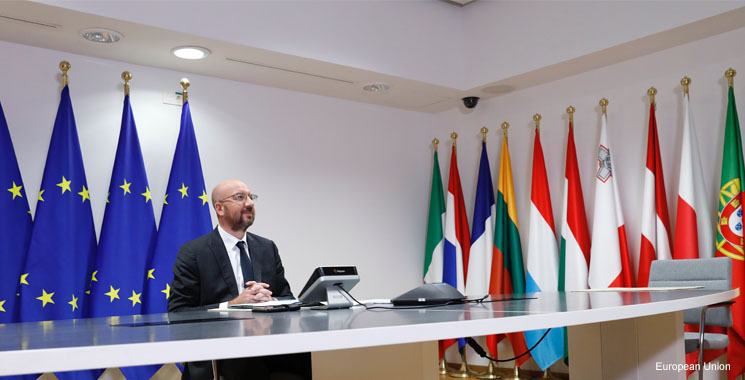 It cannot be easy being President of the European Council. Charles Michel, the second former Belgian Prime Minister to hold the office since it became a permanent post barely a decade ago, has had a difficult first semester in the job.

Despite his best efforts, he continues to be unable to cajole his Council – composed of the EU’s heads of state and government – into agreeing the bloc’s future budget, or to endorse the Commission’s ambitious ‘Next Generation EU’ economic recovery package. It surely makes herding cats look like a doddle.

When EU spending is at stake, the script is familiar and well-rehearsed. The member states keen to spend more, most of them net recipients from the budget, and their allies in the EU institutions, want to move ahead rapidly. Those who resent being asked to stump up dig their heels in and demand both parsimony and stricter conditions on spending.

In his remarks following the latest attempt to make progress, the virtual EUCO meeting on 19 June, President Michel – facing flak for doing too little to prepare the ground – observes that, ‘on different points there is an emerging consensus, which is very positive’. But he goes on to say: ‘on different topics we observe that it is necessary to continue to discuss’.

What these carefully constructed phrases disguise is the shifting demands and expectations of the various protagonists. As explained by Lili Bayer in Politico, some new alliances are being formed, while other ‘gangs’ – as she calls some of them – reflect longstanding antagonisms.

For example, many member states are uneasy about a package expected to favour southern Europe, leading to a possibly surprising alliance between some of the central and eastern countries and the northern fiscal hawks. Others are uncomfortable with the balance between loans and grants in the Commission proposal, and want to reduce the latter.

It is not among those listed by Lili, but there may even be a gang of 25 opposed to Franco-German attempts to bounce them into a deal, even if they stand to gain from it. This may become a test of whether the traditional motor of European integration is still able to pull the rest behind it.

These groupings also reflect doubts about whether the Commission proposals have been sufficiently thought-through, such as the criteria the Commission wants to use to target Covid-related spending. These include the unemployment rate between 2015 and 2019, which, self-evidently, lacks any direct link to the economic effects of a 2020 pandemic.

What sort of conditionality to impose is another major bone of contention. Support for countries facing solvency problems during the sovereign debt crisis, notably through the European Stability Mechanism, was contingent on governments agreeing to implement demanding structural reforms.

Insistence on such reform programmes stemmed from a belief, still prevalent among ‘creditor’ countries, that past policy failures explain the difficulties afflicting the countries requesting bailouts. The countervailing argument is that Covid-19 is no-one’s fault. But the ‘moral hazard’ mentality, the fear that recipients of EU money will revert to their bad old ways, is deeply entrenched.

There is more to these disputes than the traditional schism between net contributors and net recipients, but peel away the wrapping-paper and two key questions remain for most member states. First, ‘what’s in it for me?’. Second, ‘what cherished principles am I ready to drop in these extraordinary times?’.

The first is largely about crude calculations of cash-flow: member states obsess about how much they can steer in their direction from EU expenditure and how to limit how much money they ‘send to Brussels’. There is also an element of ensuring that favoured national constituencies are rewarded.

Germany’s willingness to break with the principle of ‘no EU borrowing’ is plainly a challenge to its fellow fiscal hard-liners. Likely beneficiaries from the new, Covid-related spending reject the idea of conditionality in these dire times. But, just on these two elements, a trade-off is not hard to imagine.

We all know how it ends. Compromises will be proposed and arms will be twisted. The onus will be on President Michel, already facing rumblings of discontent about how he has managed the process, to develop the trade-offs in the run up to the next EUCO meeting in July. He will probably be helped by Germany assuming the rotating EU Presidency in July.

Eventually, a deal will be struck. The national leaders and their finance minsters will all claim credit for their staunch defences of their respective national interest. Then, the various spending programmes will grind into action.

It all looks cumbersome and, often, silly. Given the relatively moderate sums at stake, compared with national budgets, is this a problem? In normal circumstances, perhaps not, but facing a severe economic crisis, the procrastination could have damaging consequences for the credibility of the EU and the effectiveness of collective policy responses.

Hard-pressed citizens will not be impressed and what is now needed is a sense of urgency about resolving the matter. A recovery from an economic shock as severe as the present one does not happen easily and will require coordinated action. But the policy responses also have to be timely.

On paper, the combination of national fiscal stimulus packages by most EU member states – the UK has a stimulus package of comparable magnitude – and what is proposed by the EU level will make Europe the global leader in countering the economic dimension of the pandemic, in contrast to what happened in 2009.

At a time when US policy on global governance is both introverted and incoherent, and China is regarded, justifiably or not, with suspicion, Europe has an opportunity to enhance its global standing. Doing so would contribute to achieving one of the ambitions set for her Commission by Ursula von der Leyen. It would be regrettable to squander this opportunity,