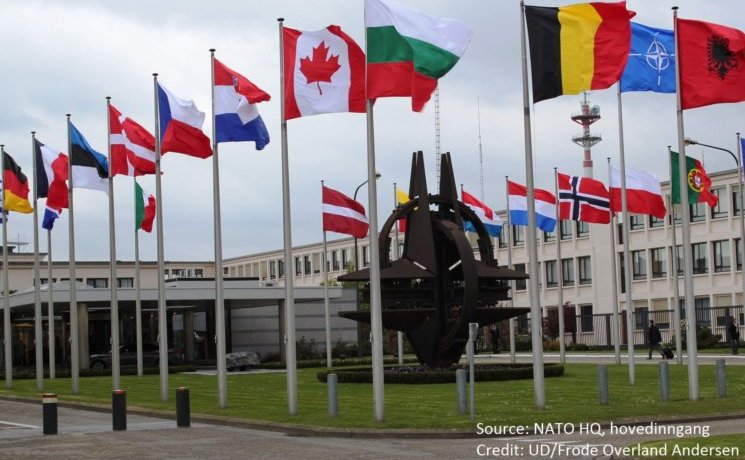 Discussion of foreign and defence policy was largely conducted in terms of generalities during the EU referendum campaign. Key themes were the EU’s historic role in bringing peace to the European continent, and claims that it was on the road to creating a “European army”. Remain campaigners argued that the prosperity created as a consequence of EU membership was integral to national security. Brexit, they argued, would undermine both UK and EU security and stability. These claims were echoed by key international figures, including President Obama and NATO Secretary General Jens Stoltenberg.

Brexit campaigners, in contrast, made the argument that Brexit would provide the UK with greater freedom to fully utilise its diplomatic, military and “soft power” capabilities, and hence achieve enhanced international influence. They also sought to downplay the EU’s contribution to security, insisting that NATO and the United States, not the EU, have kept the peace in Europe since World War II. These campaigners also emphasised the dangers inherent in supposed EU moves to create a “Euro army” in place of national armed forces.

The Brussels bombings of March 2016 gave different security issues greater prominence. It focused attention on the issue of border and “homeland” security, and whether the UK’s security is enhanced, or compromised, through its membership of the EU. This issue gained renewed attention more recently following the terrorist attacks at Westminster, Manchester and London Bridge.

The future of the EU-UK foreign and security relationship has been the subject of relatively little public debate since the referendum. This is partly because none of the alternative models for a future trading relationship come with a predefined model for foreign and security policy cooperation. In addition, foreign policy, and especially security policy, are areas in which Mrs May’s government has indicated that it wants to maintain close cooperation with the EU.

The Brexit White Paper and speeches by the prime minister have repeatedly stressed a desire for a close EU-UK security partnership. The Government has also promoted the idea that Brexit gives the UK an opportunity to reshape its place in the world. “Global Britain”, a slogan first used by Prime Minister May in her Conservative Party conference speech in October 2016, is intended to signify a “reboot” of UK foreign policy – actively promoting free trade and cooperating closely with allies to build a safe and just world.

How these priorities will differ from existing commitments is still unclear. Overseas visits and major international summits since the referendum offer little indication of major shifts in priorities beyond stressing the importance of new export opportunities. Further, the election of President Trump, and the UK government’s desire to seek a close relationship with his administration, have attracted unfavourable comparisons with the more critical stance of other European governments (notably Chancellor Merkel and President Macron). The UK has given the impression of downplaying President Trump’s ambiguous stance on matters of key importance to the UK, such as the stability of NATO and global free trade.

The relatively underdeveloped nature of the EU’s foreign and security policy means that Brexit will have less obvious impacts for the UK than in other policy areas. The UK has not integrated its military capabilities or its diplomatic infrastructure with the EU and, consequently, detachment post-Brexit does not require major institutional reform. However, the UK will lose its participation and the capacity to directly influence EU foreign policy making processes.

Further, it will have diminished influence on the direction of development of the EU’s nascent defence policy as a non-member. The referendum has already had a direct effect on the behaviour of the EU’s other member states. It coincided with the publication of the new EU Global Strategy (EUGS) that sets out how the EU intends to broaden and deepen its role in global politics. One aspect of the EUGS was to further develop the EU’s role in the security and defence fields. UK support for the EUGS was predicated, in part, on its ambition to deepen the EU-NATO relationship (subsequently agreed at the July 2016 Warsaw Summit).

As indicative of the diminished influence of the UK prior to completing the formalities of Brexit, some member states have already made proposals for deepening EU defence collaboration in a direction that the UK has resisted. The French and German governments have jointly proposed a series of measures that include a permanent military headquarters for EU missions, and the creation of a common budget for military research and joint procurement to be run through the European Defence Agency (an institution that the UK has resisted giving a substantive budget or a major role in defence procurement).

Finally, they have advocated reinforcing existing military formations, such as the EU’s Battlegroups, using EU treaty provisions that allow for smaller groups of member states to undertake deeper defence collaboration.These ideas have given energy to the ambitions of the EU High Representative for Foreign Affairs and Security Policy for boosting the EU’s capabilities. They have also given impetus to the European Commission to earmark part of the EU budget for spending on defence research supported by all member states.

Proposals for greater EU defence integration have largely failed in the last two decades, partly because these have been resisted by the UK. Brexit, in combination with a US administration that appears less committed to European security, has given impetus to EU security developments that the UK is now in less of a position to influence. As a non-member, the UK faces the prospect of being a bystander to decisions on the future of European defence that directly impact on the UK’s national security but over which it has minimal influence.