EU referendum: one year on – immigration 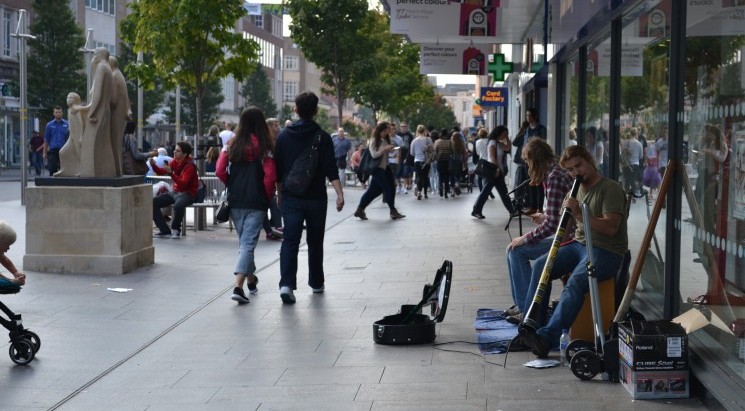 The slogan, “Vote Leave, Take Control”, summed up the entire Leave campaign. However, it was particularly effective with respect to immigration policy and border control, because it contained a large element of truth. Free movement of workers is one of the foundational “four freedoms” of the EU. Consequently, the Remain campaign found it extremely difficult to counter the simple argument that the only way for the UK to “control” immigration was to leave.

Other claims made by the Leave campaign with respect to free movement – in particular, that EU migrants drove down wages, reduced employment prospects for British workers or were responsible for reduced access to public services – were at best exaggerated and often simply unsupported by the evidence. However, because of the perceived advantage of the Leave side on the immigration issue, the Remain campaign largely avoided the topic.

Meanwhile, one issue that received little high level political attention during the campaign was the future of EU citizens resident in the UK, and of Britons elsewhere in the EU (see the section on the latter); broadly, Vote Leave’s claims that “nothing will change” for people in the situation was not challenged, except by legal experts.

A few lines in one speech – Theresa May’s speech to Conservative Party conference in October 2016 – set the parameters of the political debate not just on immigration but on Brexit more broadly. By saying “we are not leaving the European Union only to give up control over immigration again”, she essentially decided, unilaterally, that Brexit meant not only leaving the political structure of the EU, but also the Single Market, given the EU’s insistence that there is no scope for “cherry picking” different elements of the Single Market.

So, the prime minister’s position on immigration has, up until now, been by far the most important factor behind the UK’s current course towards “hard Brexit”. And this is despite the fact that it was, and is, far from clear that this position commanded a majority either in Parliament or in the country. While public opinion is broadly hostile to free movement, it remains split on whether or not free movement is an acceptable price to pay for preserving other aspects of Single Market membership.

Paradoxically, the clarity of this specific decision has thrown almost every other element of the UK immigration system into doubt. Among the fundamental questions on which the UK Government (and the official opposition) currently does not have anything resembling a clear policy are:

When will free movement end?
• Should EU citizens continue to enjoy preferential status in the new system?
• Will the new system have preferential or special treatment for specific sectors (or indeed nations or regions)?
• Will policy be set primarily with respect to the economic needs of the UK or by reference to an arbitrary and largely discredited numerical target?

Meanwhile, one issue that has risen sharply up the agenda since the vote is the status of EU nationals resident in the UK (and Brits living elsewhere in the EU). It quickly became apparent that the promises from Vote Leave that these groups had nothing to worry about were either ignorant, deceptive or both. Equally, the prime minister claimed that this issue would be easily resolved once the EU27 set out their position. They have now done so but, before the election, were met with a deafening silence from the UK side.

In the short term, the most salient political issue is likely to be citizens’ rights, since an acceptable resolution is an essential element of an Article 50 deal. Alongside the “divorce bill”, the extent to which the UK Government is prepared to compromise on this issue – which, for the EU, must involve some continued elements of “European” law holding sway in the UK for an extended period – will be a key signal of whether an ultimate deal is possible.

Assuming this is resolved, the focus of political debate is likely to move back to the trade-off between freedom of movement and the Single Market, which Theresa May thought she had resolved last October. Paradoxically, despite the fact that both main parties committed in principle to ending freedom of movement, the inconclusive result of the election means that the government’s approach to Brexit is called into question.

Labour’s stance – supporting both the end of free movement and the continued “benefits of the Single Market” – was both confused and contradictory, but does not entirely preclude the possibility of continued membership of the SingleMarket, perhaps with some modest amendments to the current free movement rules. More broadly,the election result also calls into question the Conservative Party’s (uncosted) pledge to reduce immigration to the “tens of thousands”, which is highly unpopular with business.

Much will depend on economic developments.Up until now, the debate about Brexit, free movement and immigration has been against the background of a relatively robust economy and labour market, and high immigration. If, as seems plausible, the economy slows significantly, and net migration – particularly from the EU – falls sharply, then the trade-offs noted above will appear very different, and the political dynamics may change significantly, opening up space for a more economically liberal approach to immigration bothfrom within and outside the EU.

By Jonathan Portes, senior fellow at The UK in a Changing Europe. You can read the full report here.